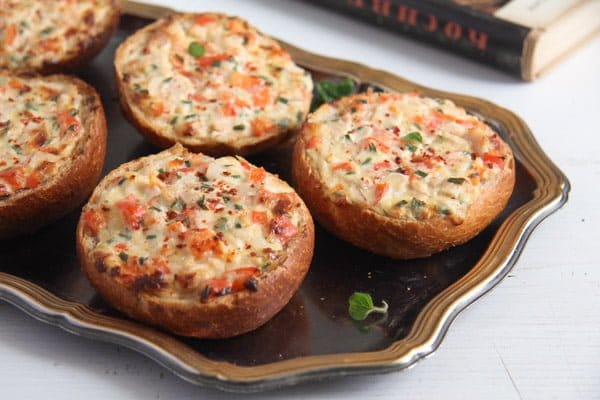 A very easy and delicious recipe for bread rolls halves topped with ham and cheese and baked in the oven, your children will love them!

This must be one of the easiest recipes I have ever posted on Where Is My Spoon. So easy that a child could do it! And so delicious and versatile, you will keep coming back to it whenever you don’t feel like spending a long time in the kitchen or when people decide to come over on short notice. 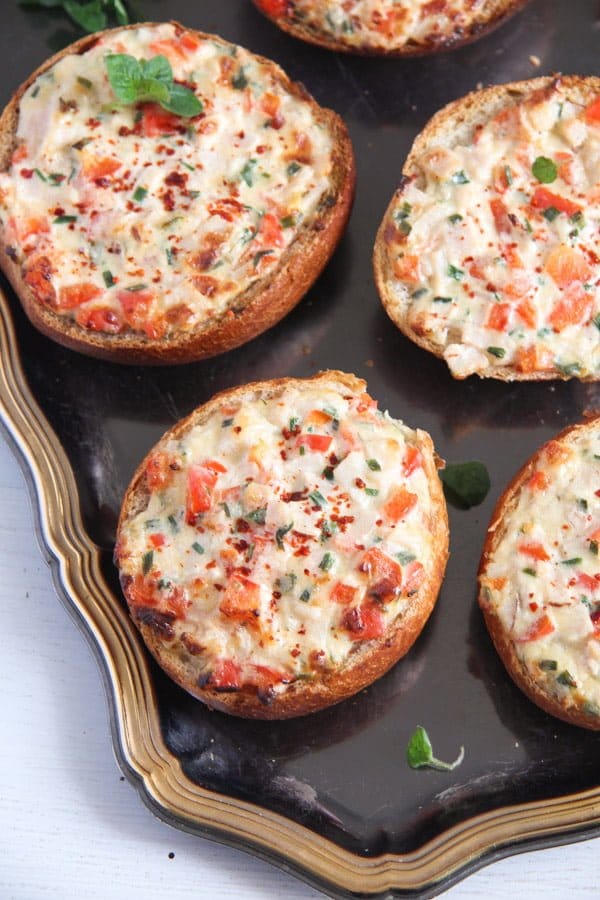 What will you need to make these rolls? Well, more or less ingredients that one always has in the house. At least I always seem to have them! I prefer to make the Baked Bread Rolls Topped with Ham and Cheese with fresh dinner rolls from the bakery, but still I always seem to have a bag of frozen bread rolls in my freezer, mostly for those Sundays when the bread is finished and there is nowhere I can get any. In Germany, in the region where we live, all shops are closed on Sunday.

So, bread rolls, either fresh (day old actually work best) or frozen, some ham and cheese, a small bell pepper and some sour cream. Chop and mix them, spread them on the bread roll halves and bake them for 15 minutes. That’s it! And you will so love them!

And not only ham and peppers would do as a topping. Any kind of cold cuts you happen to have (my children love salami), some soft butter, cream cheese or double cream instead of sour cream to bind the mixture, different kinds of cheese from Gouda and Cheddar to Emmental, blue cheese or Parmesan, olives, herbs, canned corn or mushrooms and so on. Experiment and see what you like best! 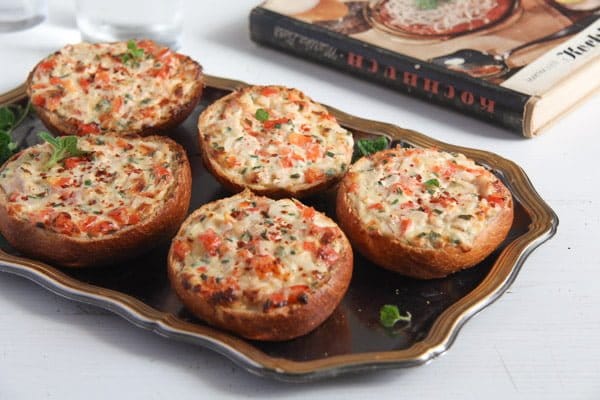 A great dish to make ahead as well, in case you need these for a party, for instance. Make the filling the day before, cover the bowl well and refrigerate it until needed. The bread rolls can also be bought a day in advance and be kept in a paper bag until the next day, their consistency will be then perfect for baking.

I’ve known this recipe or at least a very similar version of it for ages, it was one of the first things my mother-in-law cooked for us when I first came to Germany. She used to make these ham and cheese bread rolls and another version with quark and fresh herbs very often about 10 years ago, especially when my brother-in-law had his birthday. His mother would then make two huge bowls full of these two kinds of toppings and we would prepare the bread rolls and bake them when the guests arrived.

, which was first published in 1959. This kind of stuffed bread rolls are something I have only eaten in Germany and I found it very interesting to know it is something Saxons living in Romania used to eat something so similar even before my mother-in-law was born. 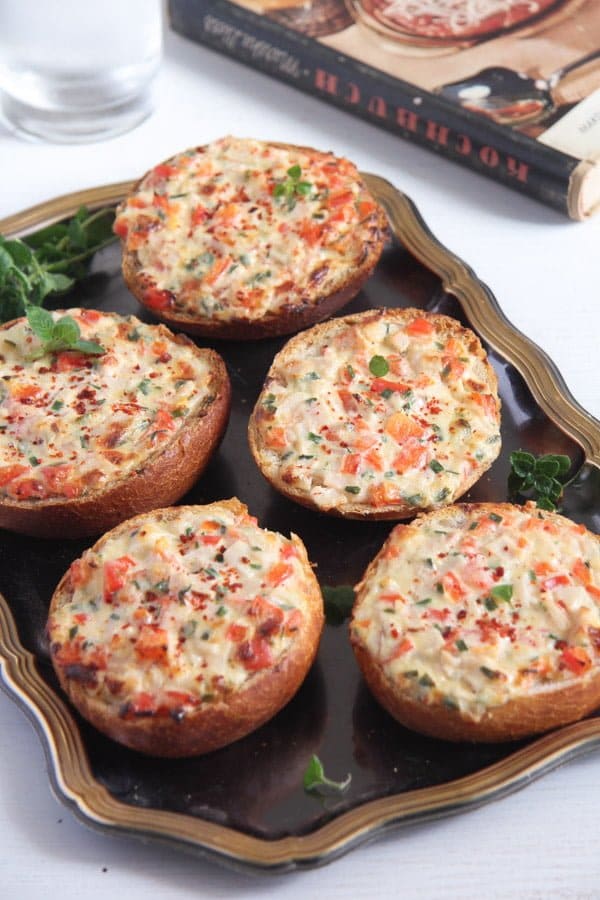 And if you are looking for some other party food ideas, here are some: 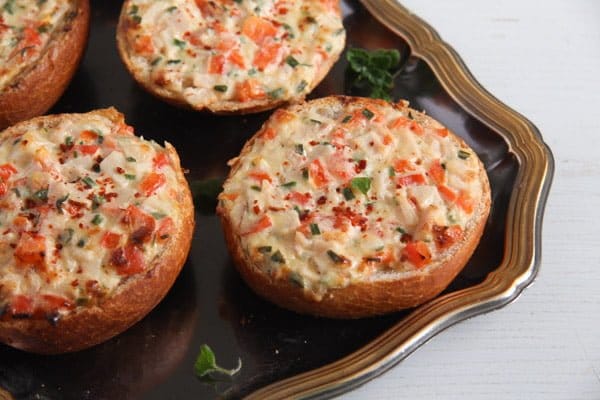 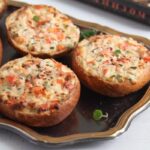 Halve the bread rolls and place the halves on the baking tray.

Grate the cheese roughly and chop the ham and the red bell pepper into small cubes. Give them all to a bowl and add the sour cream. Add some sweet paprika powder, salt and pepper. Mix well.

Spread the mixture generously on the halved bread rolls.

Bake for 15 minutes or until the bread is crispy and the cheese mixture golden and melted.