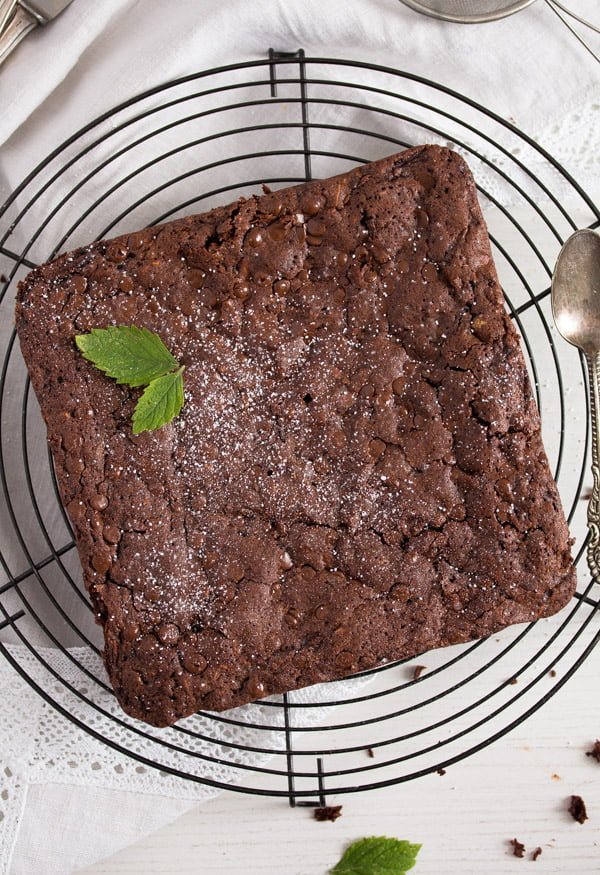 These zucchini chocolate brownies… so good… so moist…

I made these last week and I chose the recipe just because it contained zucchini and I still have so many zucchini in my cellar waiting to be cooked. Same in 2018 when I made and photographed these zucchini brownies with cashew nuts and chocolate again.

Way too many zucchini every summer, although I don’t grow any vegetables myself. But there are plenty of friends or neighbors who do have their own vegetable patch and everybody always seems to plant too many zucchini plants in spring.

I don’t know why, they all actually know that 4 or 6 zucchini plants are too much for a normal family, if all the plants actually reach maturity and the summer is good, you will have enough produce  to feed half a village (OK, our village is really small…). 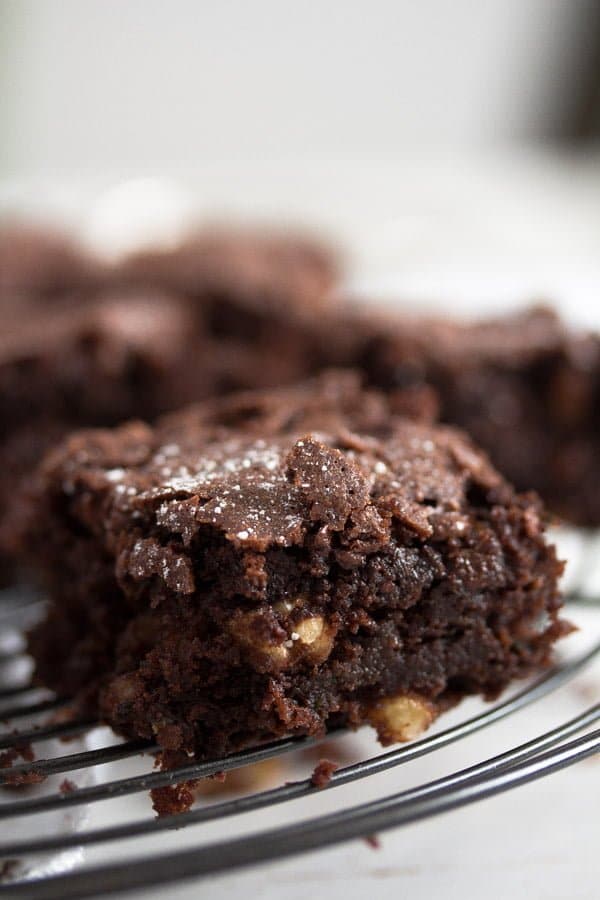 Zucchini Brownies with Chocolate and Nuts

I am not that much into chocolate, but I do love brownies. I make some quite often, they are easy to make and I can also be sure that everybody will like them. And I do enjoy adding a bit of a surprise ingredient from time to time, like the zucchini in this case or the black beans in these Black Bean Brownies.

The recipe only needs 150 g zucchini, it is not the world, but still something and these brownies really could not be better. I mean, brownies, everybody loves them, there are so many recipes out there and they are probably all good, but if you, like me, swim in zucchini at the moment, do give these brownies a try, you will not regret it. 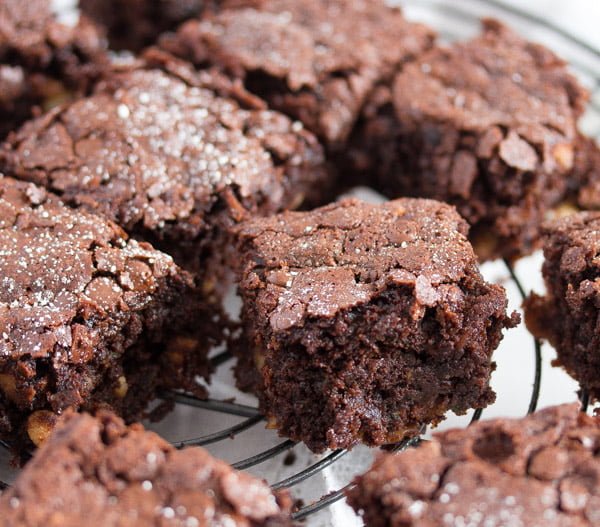 How to make zucchini chocolate brownies

This is a simple brownie recipe made with dark chocolate, chocolate chips and cocoa powder, so triple chocolate brownies.

I can assure you that using both chocolate and cocoa will make these brownies unbelievably chocolatey, a chocolate’s lover dream come true. And another brownie recipe full of chocolate, even more chocolate than in the case of the zucchini brownies: Cherry Brownies. 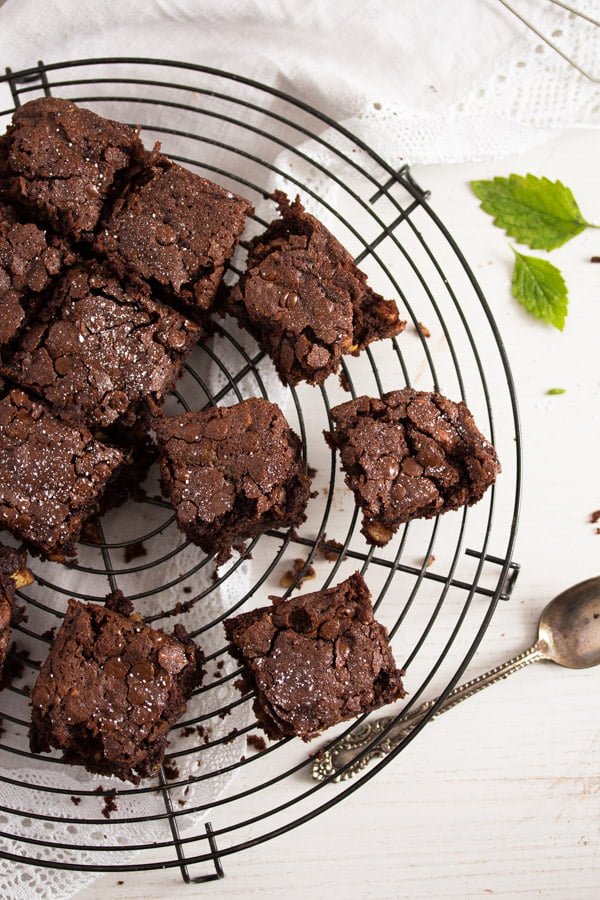 HOW TO KEEP THE ZUCCHINI CHOCOLATE BROWNIES

The zucchini brownies with chocolate and cashew keep well for 2-3 days at room temperature. Keep them in an airtight container.

If kept airtight in the fridge, they will be OK for a couple of days more. 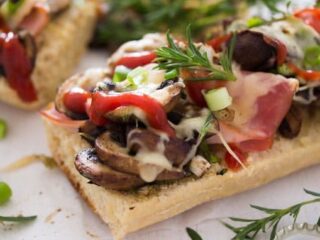 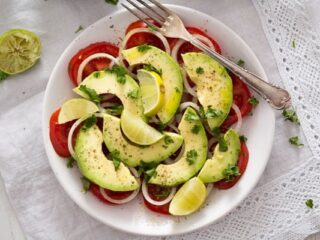 I had a lot of zucchini and came across this recipe. It was so good I made it 3 times last week. Thank you!

Thank you for the feedback, Ashley. I am so glad you liked the brownies. :)

I have used zucchini in my baked goods but have not tried it with brownies. This looks insanely good! Saving this in my TK recipe box!

Thank you, Thao. Zucchini are great in cakes, they make things so nice and moist.

Love this twist on the classic brownie!!

Thank you, Cheyanne. You will not even know there are vegetables in the brownies, they make things only nice and moist and the cashews do add some crunchiness. I hope you give them a try.