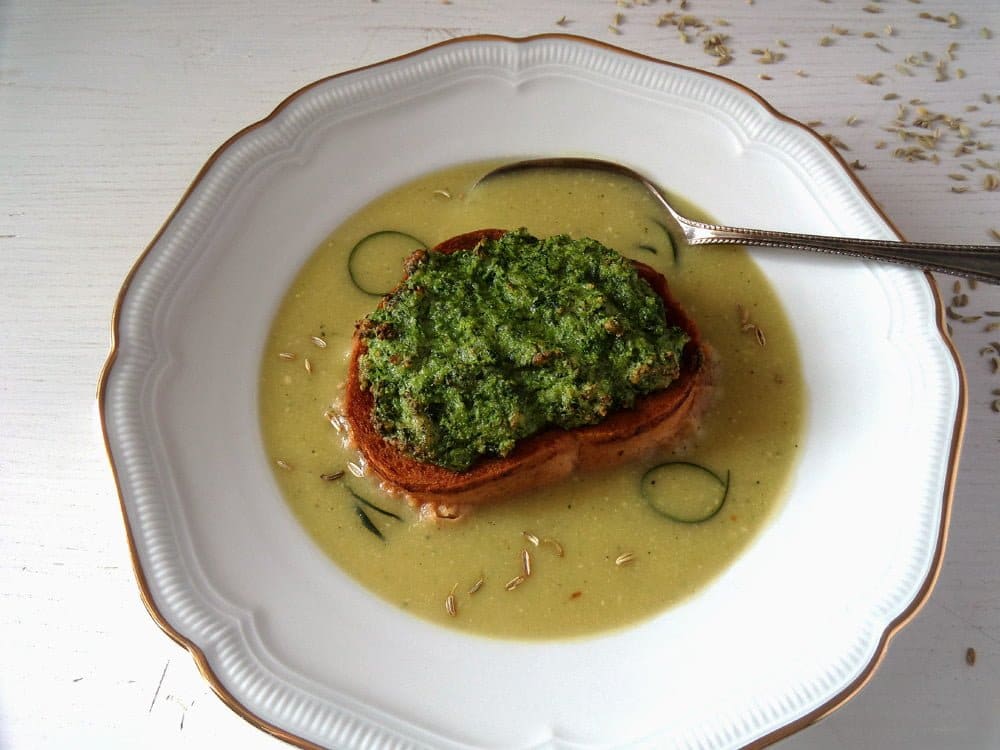 It started as a really normal, everyday creamed soup… it ended being one of the best soups I have ever made.

I made lots of zucchini soups in the past and they were all good, but this one is simply special. I wanted something a bit out of the ordinary and found this recipe in a thin book featuring oven recipes, a book I have had for about 10 years, a book out of which I have never ever cooked a recipe (Aufläufe & Gratins von Moewig).

What captured my attention were the zucchini-soufflé-baguettes floating on top of the soup and made out of cheese (of course), egg white and the zucchini skin. I can tell you this right from the start: they are unbelievable! The vibrant green, the airiness of the mixture, the wonderful taste of cheese in combination with the earthiness of the zucchini peel… And everything on top of a hot, crunchy, buttery baguette slice. 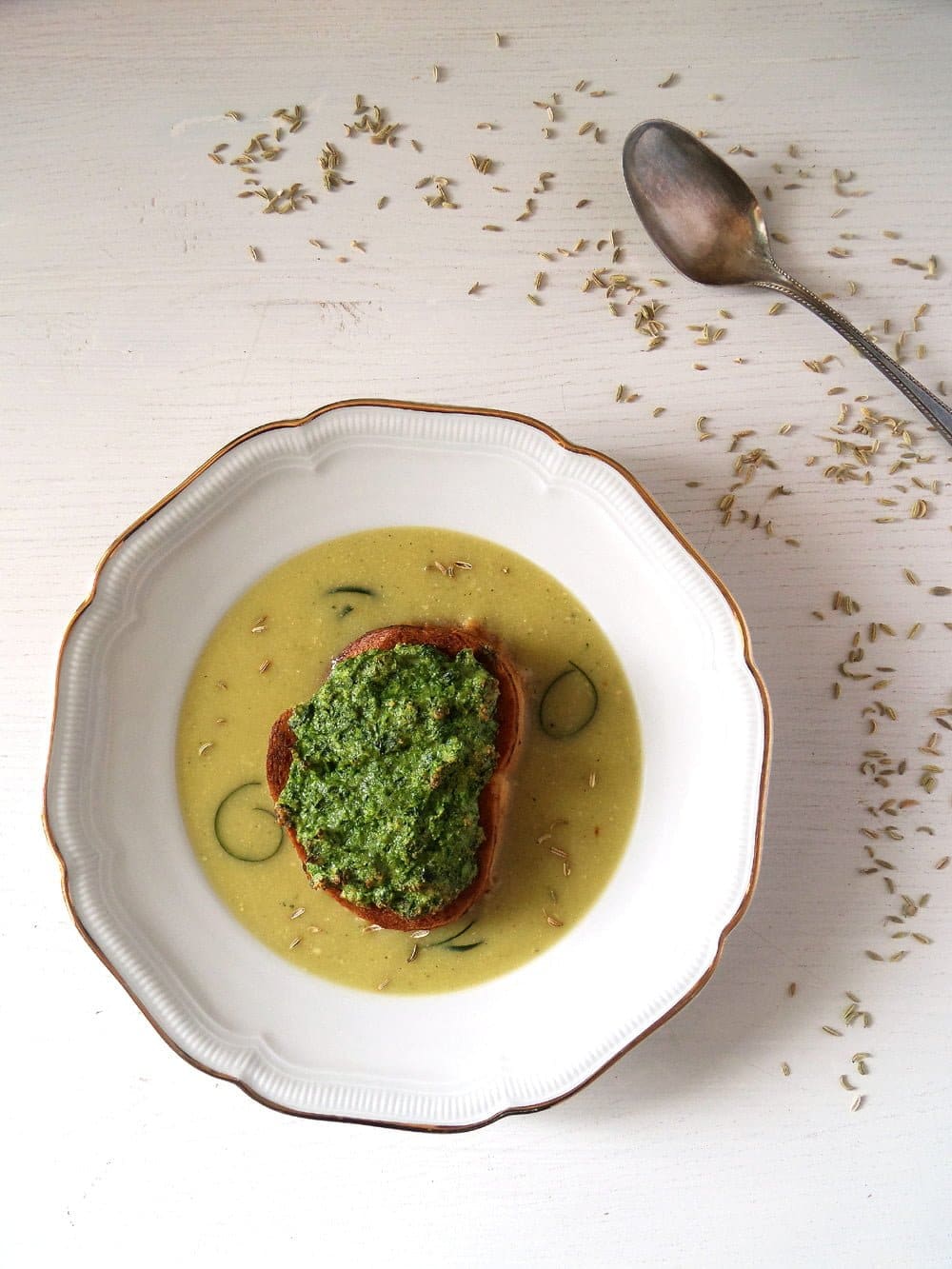 But the good things do not stop here. Just as good as the soufflés was the soup. Its distinctiveness is due to the use of fennel seeds. I have fennel seeds in my spices collection, but use them actually rather seldom. I had my doubts about using them this time as well, I was afraid they would be too domineering and that that would stop my children from eating the soup. But I was so wrong! The fennel seeds are really domineering but it is a wonderful domination, they make the soup sweet and aromatic and so much better than any other zucchini soup I had before. And the kids loved it! Well, the soup at least, they wouldn’t even taste the soufflés, they were way too green for them. But we weren’t very sad about that, my husband and I, this way we each had an extra soufflé slice to enjoy. 🙂 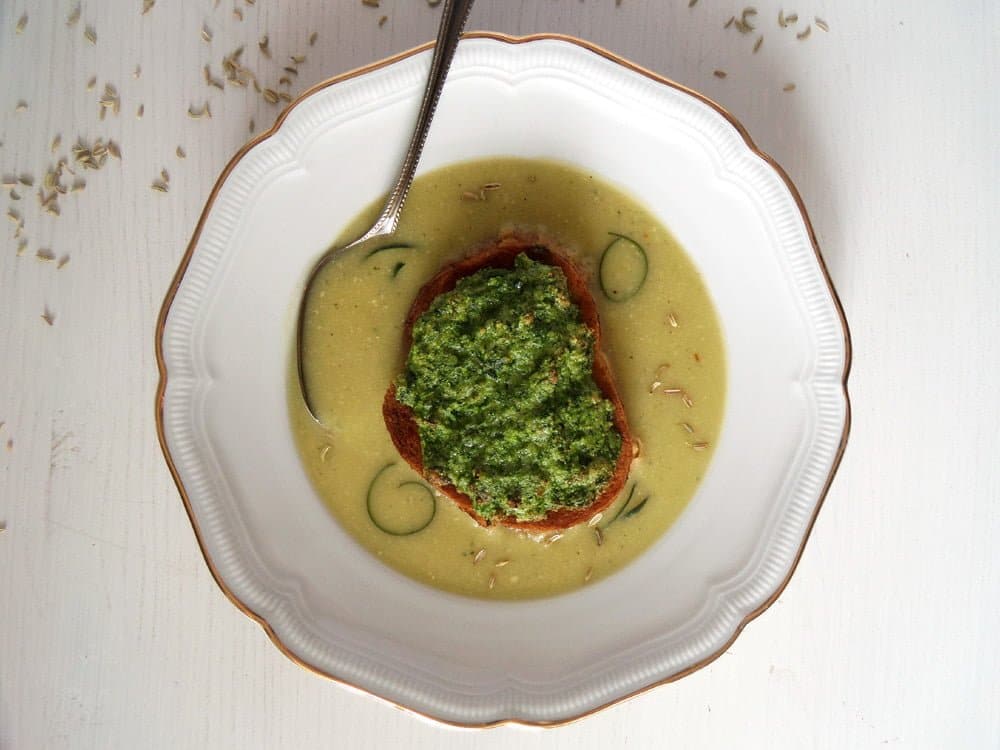 Save Print
Zucchini Soup and Soufflés