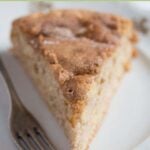 This healthy apple cake is one of the easiest cakes to make. And the extra bonus: a low calorie, low-fat cake without butter or oil.

Do you feel like having some cake, but don’t have a lot of time? This French style,  healthier, low-fat apple cake is the answer!

Do you feel like having some cake, but feel guilty about eating cake again? Well, this low-calorie apple cake is the answer as well! 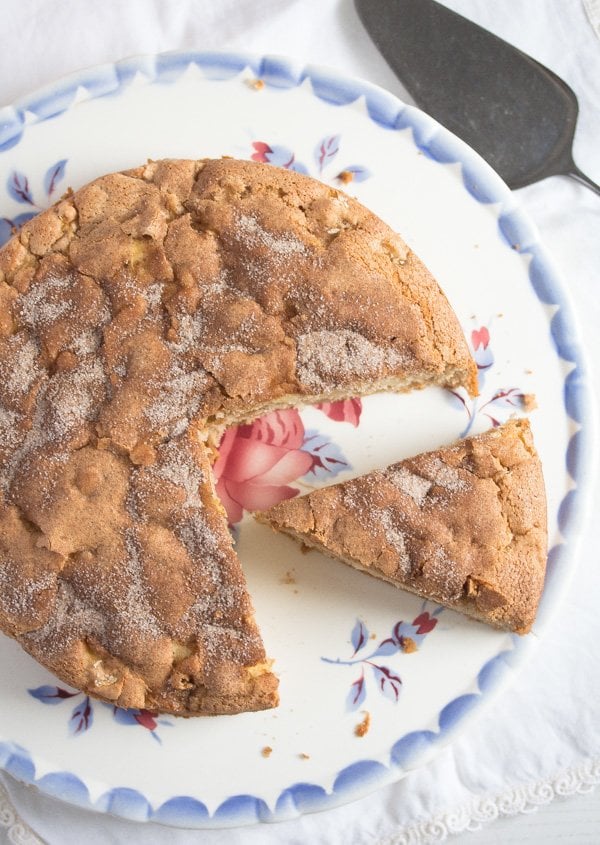 What makes this French apple cake special? First of all the fact, that is made without fat if you don’t count the fat contained by the three eggs you will need to make this recipe. No butter, no oil, just eggs, apples, sugar, flour, and spices.

Then, this low-calorie cake is made in no time, you will probably be able to peel and cut the apples and stir the batter in about 10 minutes. 30 minutes baking time and voila: a beautiful and delicious low-fat apple cake, which can be served shortly after being taken out of the oven. 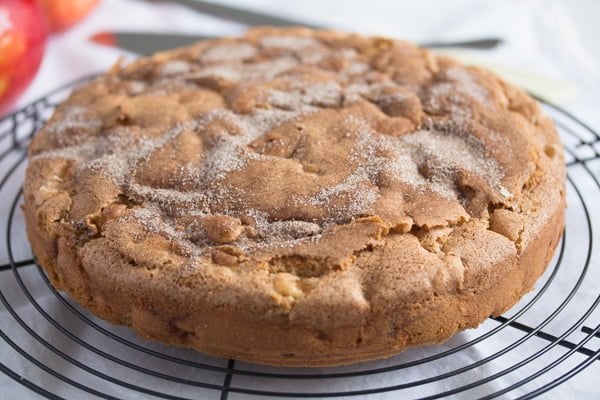 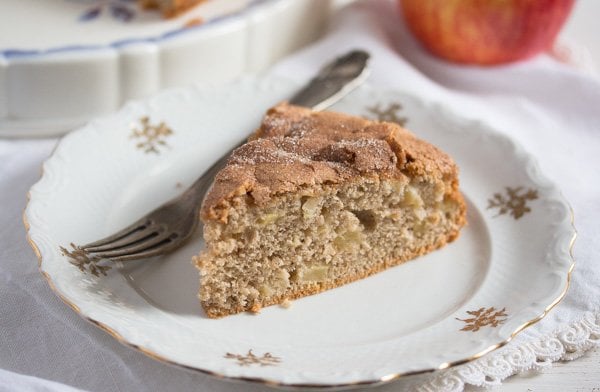 I discovered this recipe a long time ago, during a time when I was very interested in anything low-fat. It was a simple recipe written in just a few sentences in a magazine my husband’s grandmother used to read. The magazine was full of bright pictures of some royalty or another and a few recipe pages somewhere in the middle.

The original recipe used only four ingredients: flour, sugar, apples, and eggs. Over the years I’ve added some baking powder, cinnamon, and vanilla. This way the French apple cake is a bit taller and tastes even better than it already did. 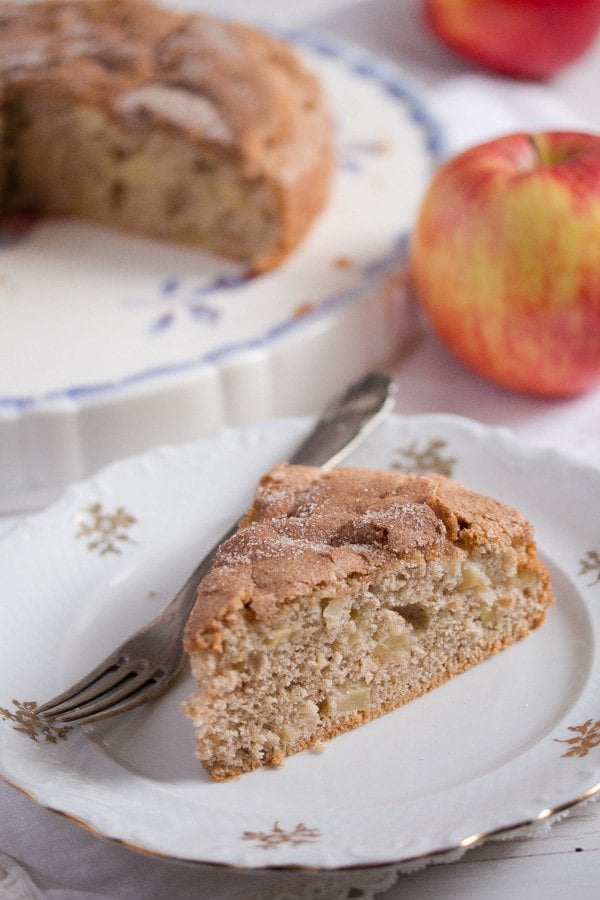 This recipe is so easy, even a child could make it. My kids do actually, my son usually peels and cuts the apple and my daughter makes the batter. 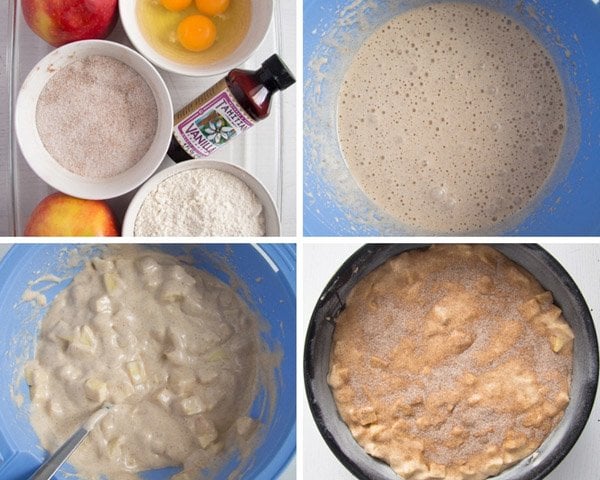 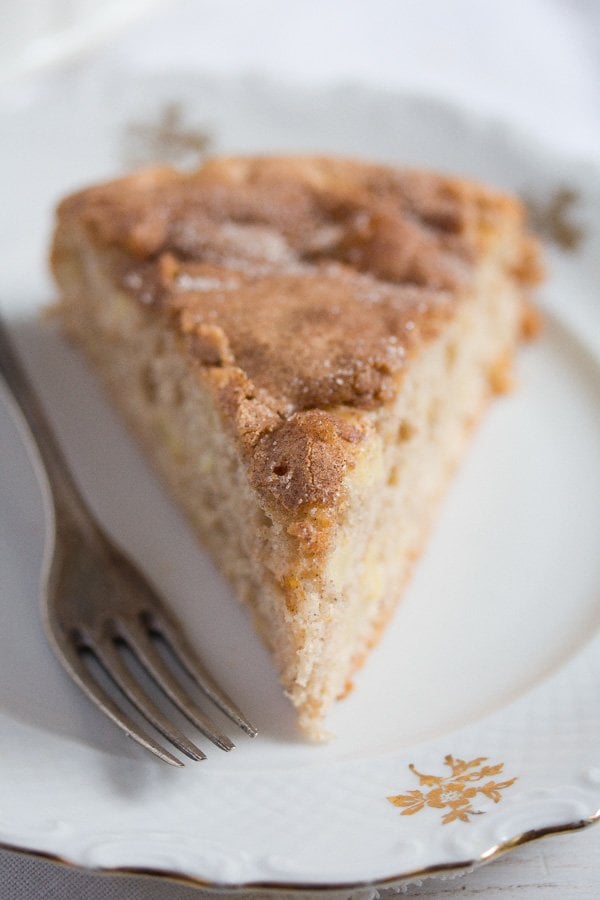 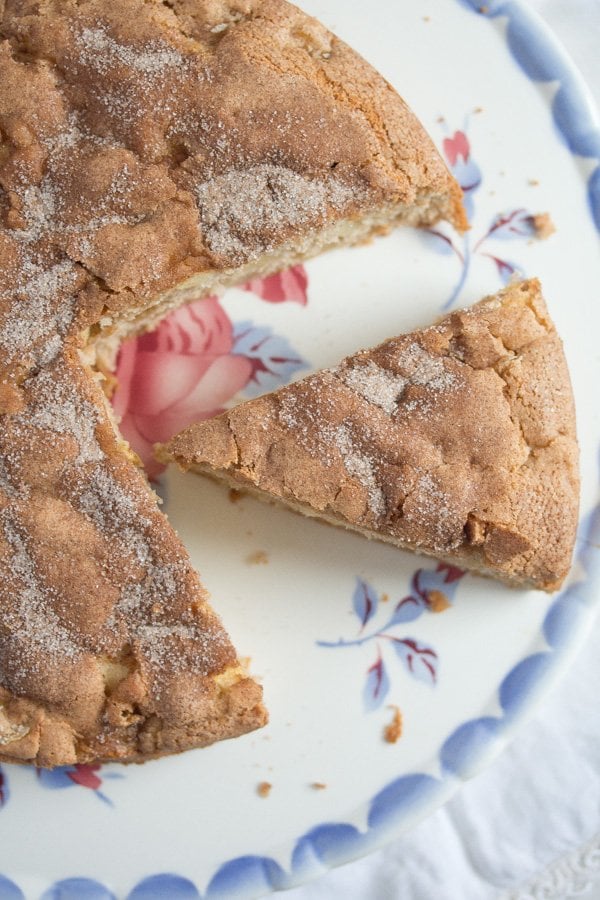 The Softest Apple Cake with Cinnamon and Cloves 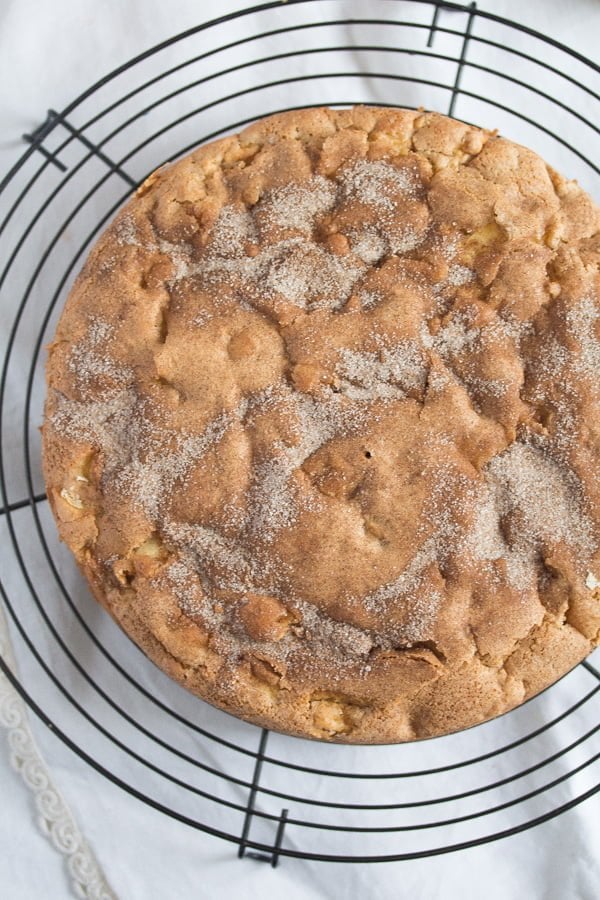 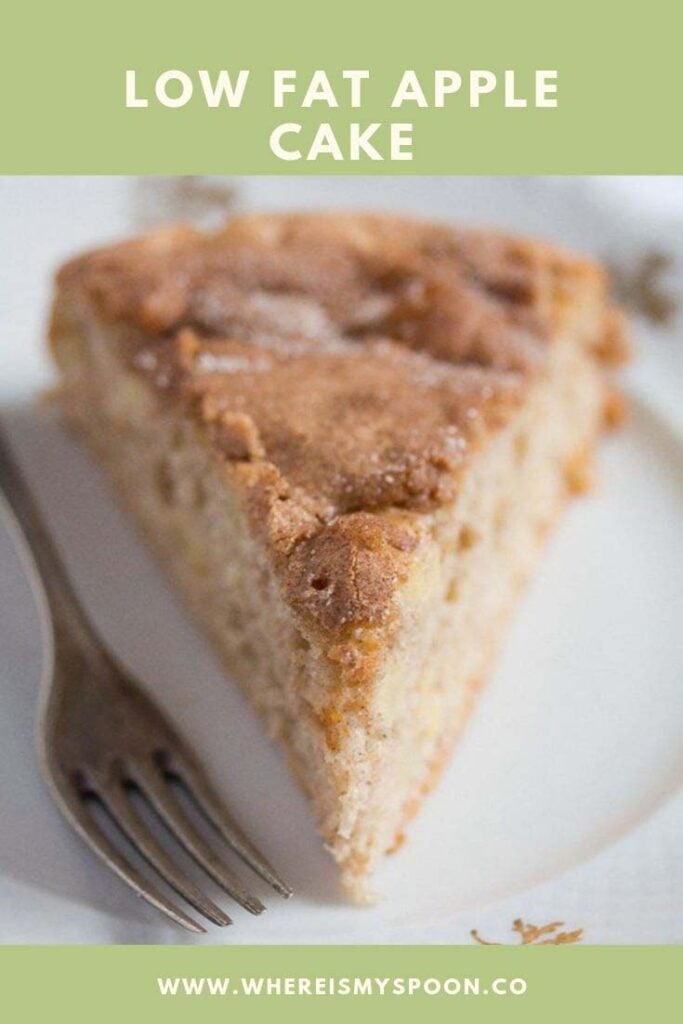 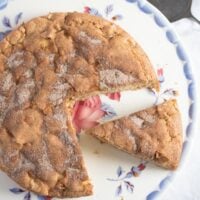 Use only 2 apples - i used 3 and it was far too much. the batter did not coat the apples enough, so i had to make a second batter which was annoying.

I indicated the exact amount in oz and grams as well. That is the maximum I can do, you had all the information you needed. I cannot possibly know how big or small are all the apples people are using.

This was delicious! It was a little drier than I expected, but that may be because I overbaked by a few mins. It could also be because there's minimal fat in the recipe (hooray!) I will try shredding the apples next time and see if that helps distribute the moisture a little better. Thank you for sharing!

Can I use Bananas instead of apples ?

You are welcome, Dely. Thank you for the feedback.

I found this recipe while looking for sweet healthy ways to use up apples and loved the simplicity! I swapped the flour for 1:1 gluten-free flour, and used 110g Xylitol instead of the sugar, added a pinch of nutmeg in with the cinnamon and used coconut sugar mixed with cinnamon for the topping! Baked in a 24cm square tin and was perfectly done at 23 mins! Thanks for the great recipe, it’s a keeper 😛

Sounds great, thank you for the feedback! I've never used gluten-free flour, it's great to know it is working as well. I use xylitol quite often myself.

This was so Easy to make. I loved it, so yummy. I put on a dollop of whipped cream (in the can). It was great. I made it in a square pan though, which makes No difference in taste, of course!

Thank you for the feedback, Gerry, so happy to read it!

Can u freeze this cake?

Hi Jody, I never did, but I think it should be fine. Wrap it well. 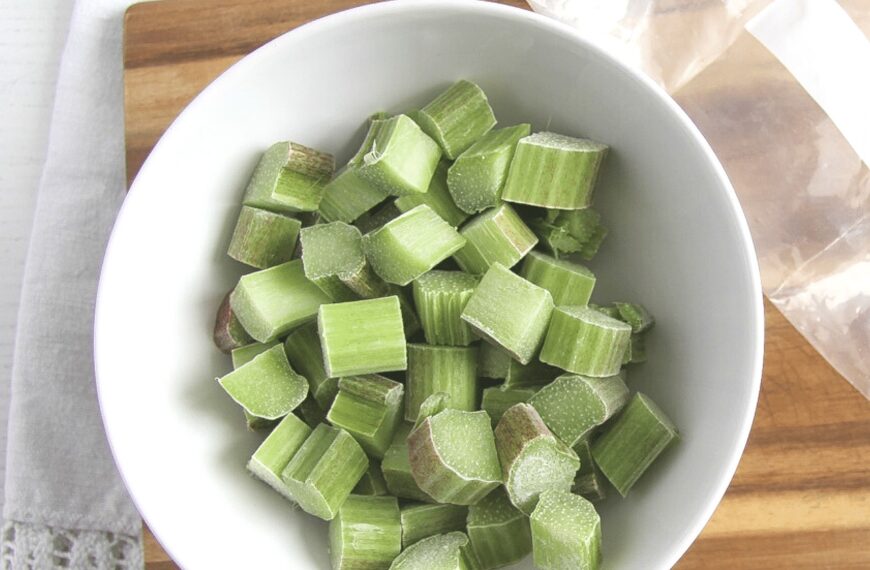