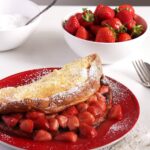 German cast iron pancakes baked in the oven and served with a delicious strawberry sauce. 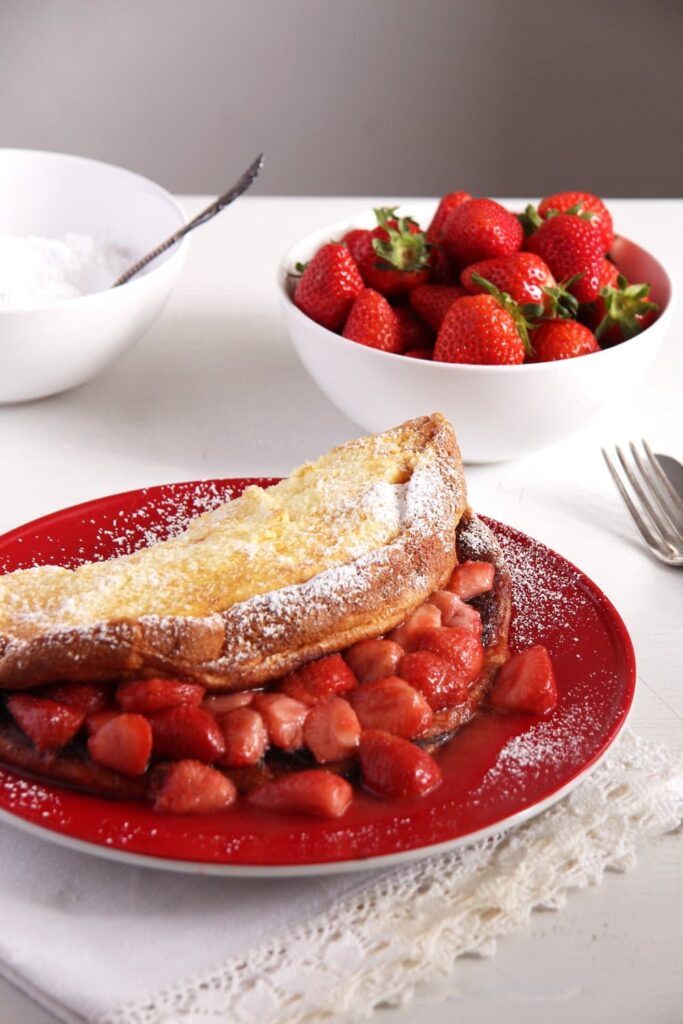 These cast iron pancakes are one of those recipes I knew I have to make the first time I saw them. And not only kept the recipe in mind for later but actually made it one day later, I only had to buy the strawberries.

Ever since I have been making the cast iron pancakes regularly, mostly in spring, this is one dish that my children keep requesting.

Incredibly fluffy oven pancakes, German-style, served with that juicy strawberry sauce, a perfect light spring meal or dessert. Actually, we always have this kind of pancakes (any kind of pancakes or crepes, actually) as a sweet main meal… Or rice pudding, never served as dessert, always as dinner… 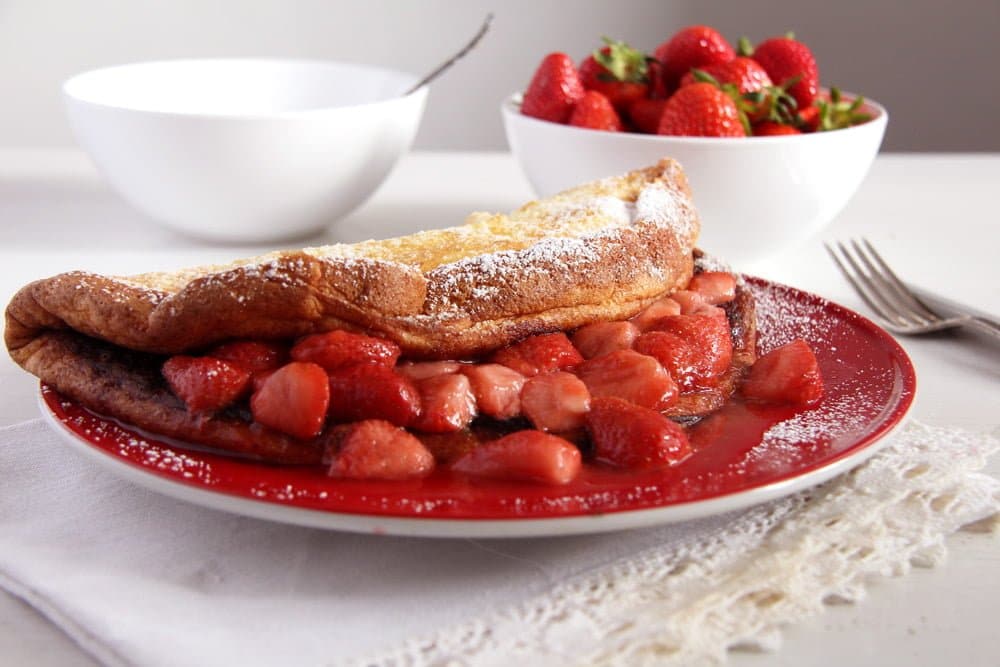 Why should you make an oven pancake instead of regular ones? 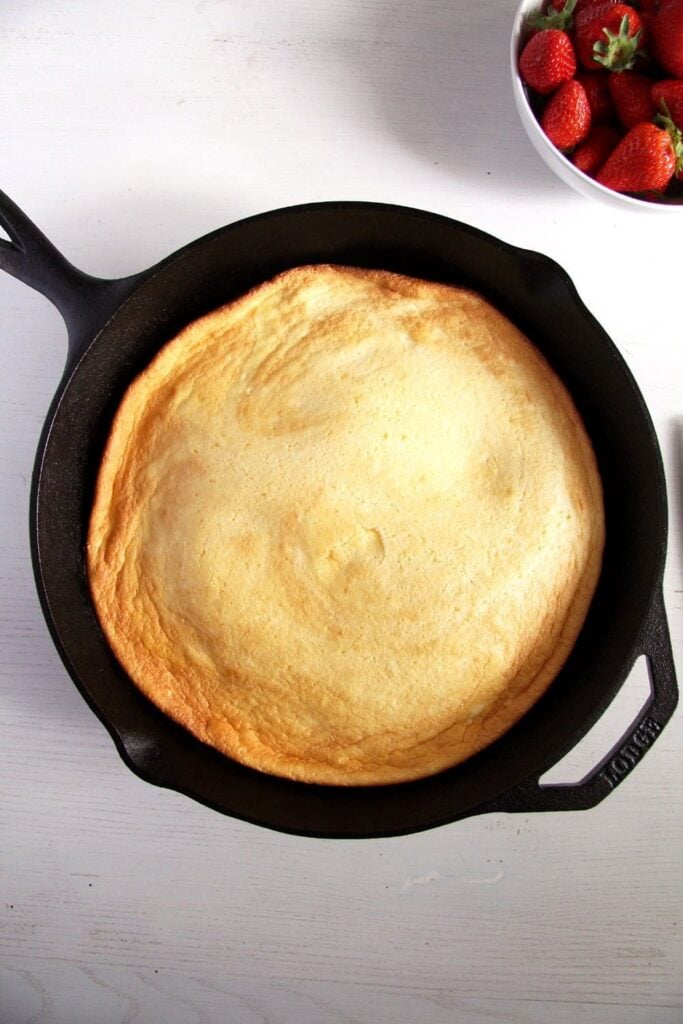 Strawberry sauce for the pancake 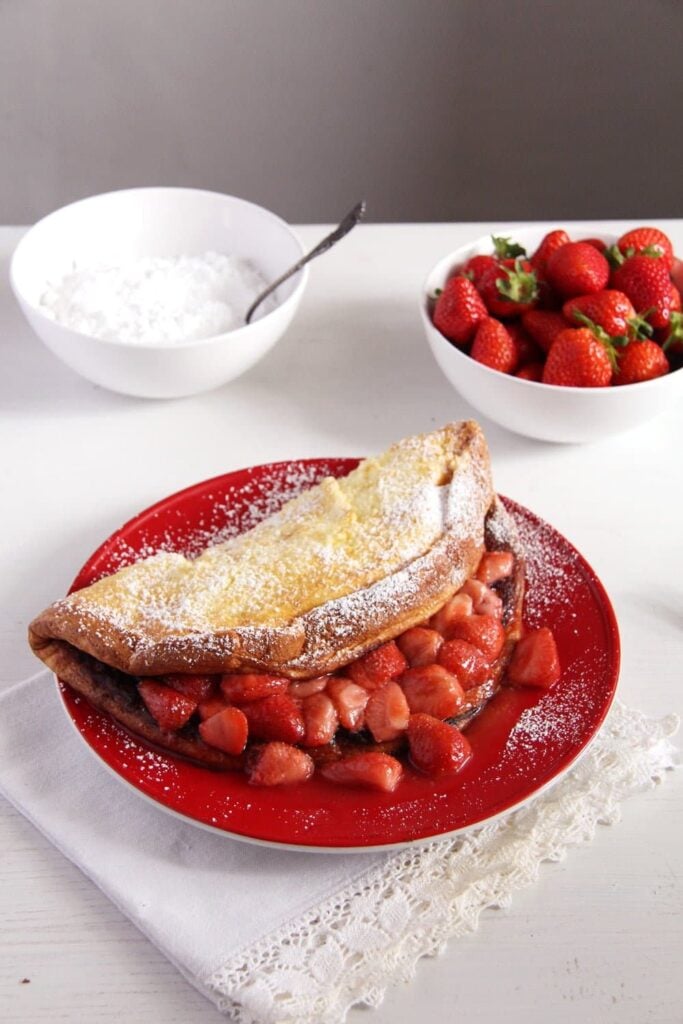 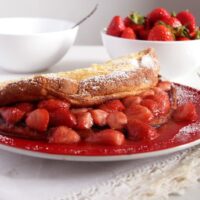 it looks like a giant smiling mouth full of strawberries! love it!

Looks like an amazing breakfast! I make Dutch baby pancake all the time; it's my husband's favorite and similar to this. So great, with the strawberry sauce.

I have to try Dutch babies too, never made any.

I love pancakes, but oven pancakes are completely new to me. I’ve never heard of oven pancakes! These look absolutely ah-mazing, Adina! And they are even more desirable with strawberry sauce.

Thank you, Anu, the sauce was finger-licking... :)

Hello Adina, thanks for letting us know about your surgery. That's a big deal. My dear friend Lori had her thyroid removed a few weeks ago and she has had an excellent recovery thus far and I'm wishing the same for you. And sending up a few prayers also. Thank you for leaving us with this beautiful oven pancake with strawberries. What a gorgeous skilletful. We'll be trying this for sure, there are quite a few pancake lovers in our house. Do keep us posted on your recovery and hopefully all will be well. XO

Thank you for your kind words, Allie. The surgery went well, I was able to leave the hospital after only two days and now I am recovering. A bit tired all the time, must be the missing hormones, I am not taking any medication to replace them just yet.

I could definitely eat pancakes daily, especially when the pancake is the size of my head like this one! SO GOOD! Love that strawberry sauce on top! I'll take one of these beauties for breakfast, lunch AND dinner! Cheers!