Where Is My Spoon > Stews > Rabbit Stew 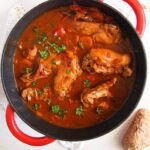 A rich and easy recipe for rabbit stew with lots of vegetables and beer, cooked in a Dutch oven.

How to Cook Rabbit?

A hearty and super delicious rabbit stew, perfect for those who never had rabbit before!

Have you ever eaten rabbit? It is an eligible question, most people I know have never eaten rabbit in their lives and many of them don’t even have an interest in trying it. Too bad! Because the rabbit tastes great and its consumption has many benefits. 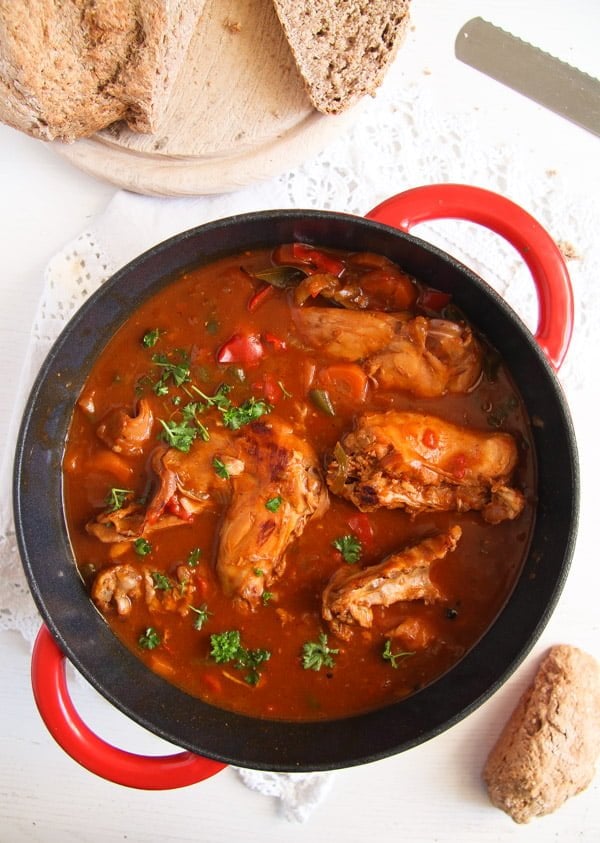 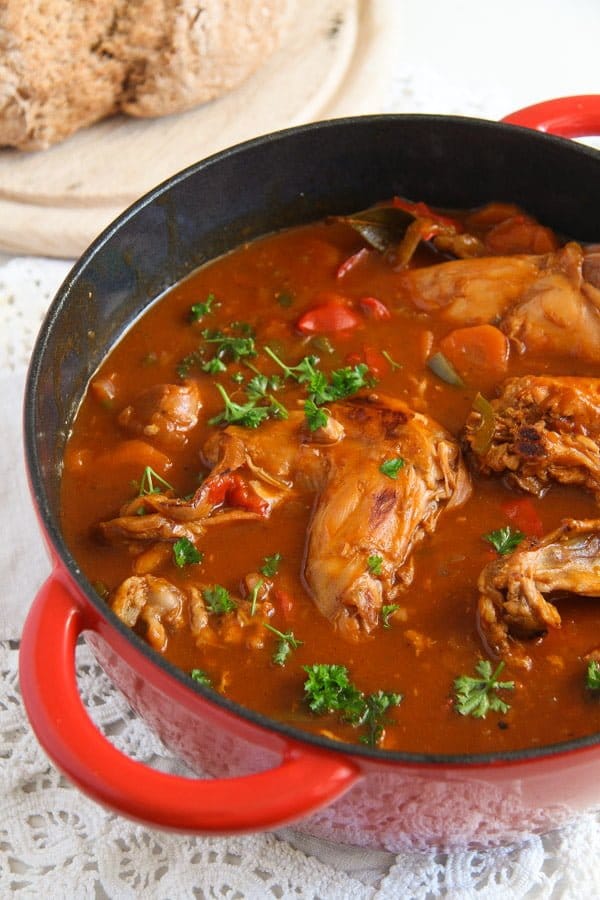 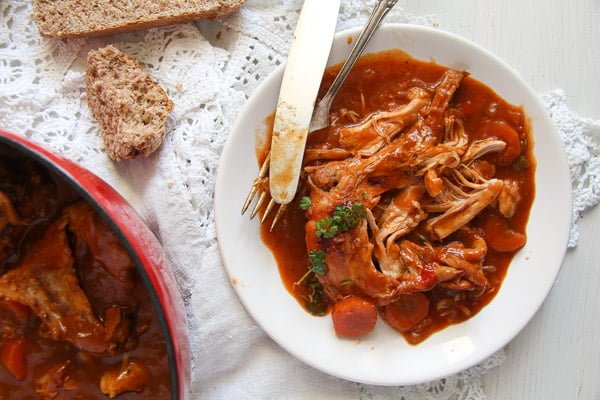 Then why aren’t we eating more of it? Like in the past when it used to be a regular and normal kind of meat to have on the menu?

For me the main reason for only eating rabbit the first time when I was already in my thirties was that I did not know rabbit meat at all, I have never had it as a child, there was never even the question there if I should try some rabbit. My grandmother never cooked rabbit, she would not even eat beef or butter or drink milk, so imagine her cooking rabbit. No way!

And then rabbits are cute, so I’ve always thought I don’t need to eat an animal that’s cute, there are enough other options out there. But that’s not fair, is it? Not fair to the other animals. 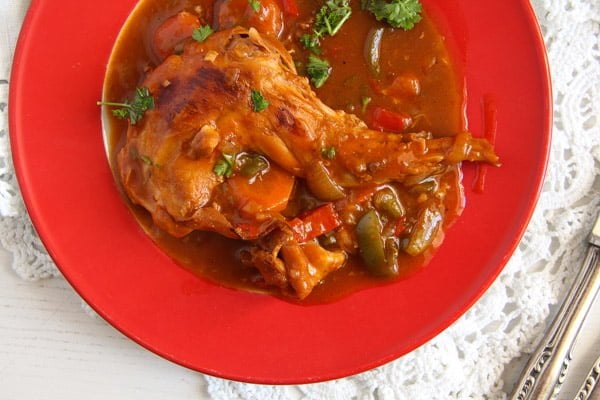 It was my cousin Adi who taught me how to cook rabbit stew.  He was here on a prolonged visit and one day I asked him what his favorite meal was. He said rabbit stew, the one he cooked himself at home very often, in the garden, in a large cauldron over the open fire. 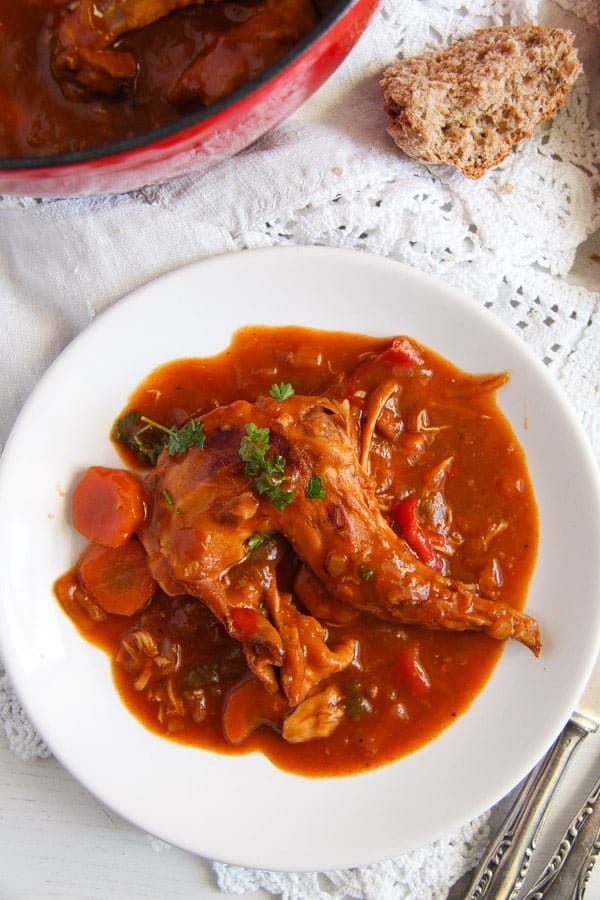 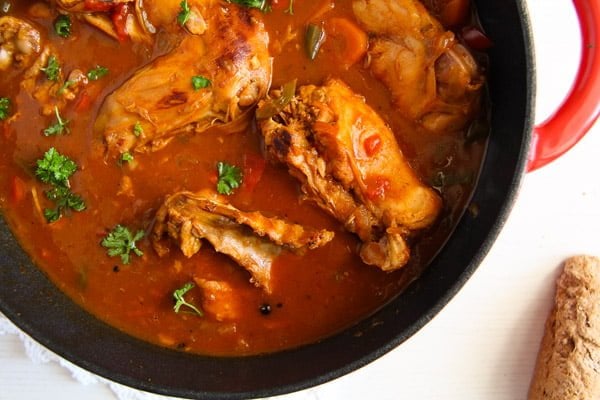 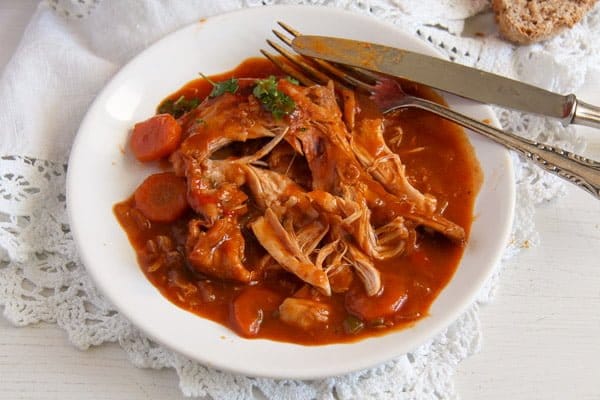 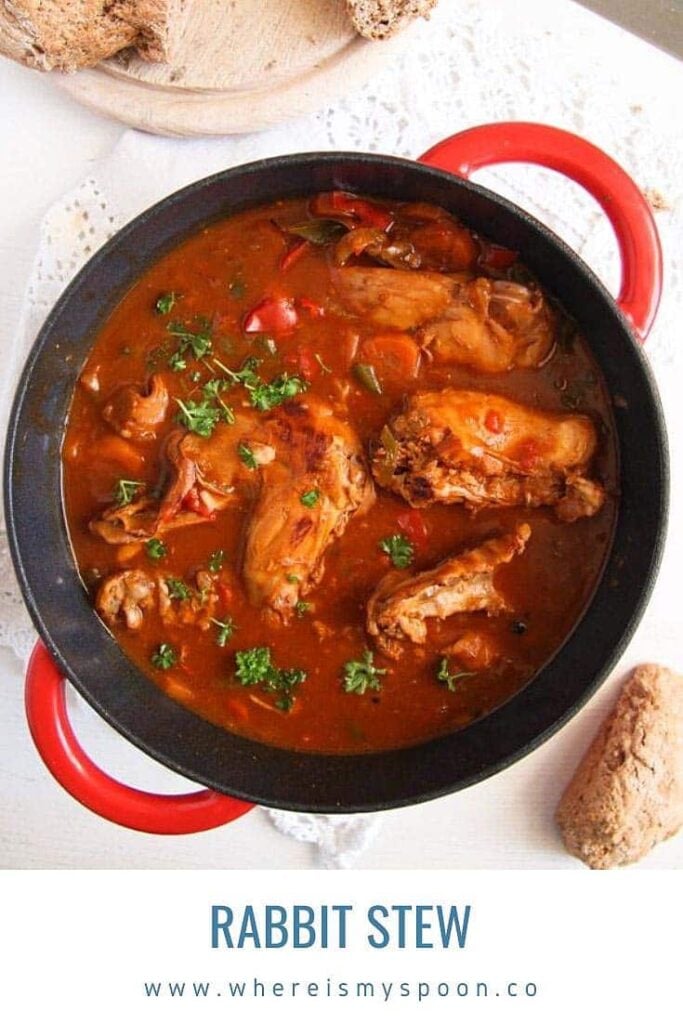 I raise rabbits for consumption and sell a few live ones as pets also. They are so much cleaner to butcher than chickens and taste great. Thanks for the recipe.

Oh my...I haven't had rabbit in ages! An uncle used to raise them and they were so very good. Wish I had one right now to make this stew. The color and texture of yiour sauce is so rich looking.

I hear you on the cute animals! It is kinda "not fair". I have to admit rabbits are cute! My kids are all over it, but they probably won't want to it them if I told them what it is :) But, I will definitely do :)

I have eaten rabbit. We raised rabbits for quite a few years, but haven't at all for this past year. I thought it was quite delicious, but I had to disguise it or else my kids wouldn't touch it. This stew looks delicious! 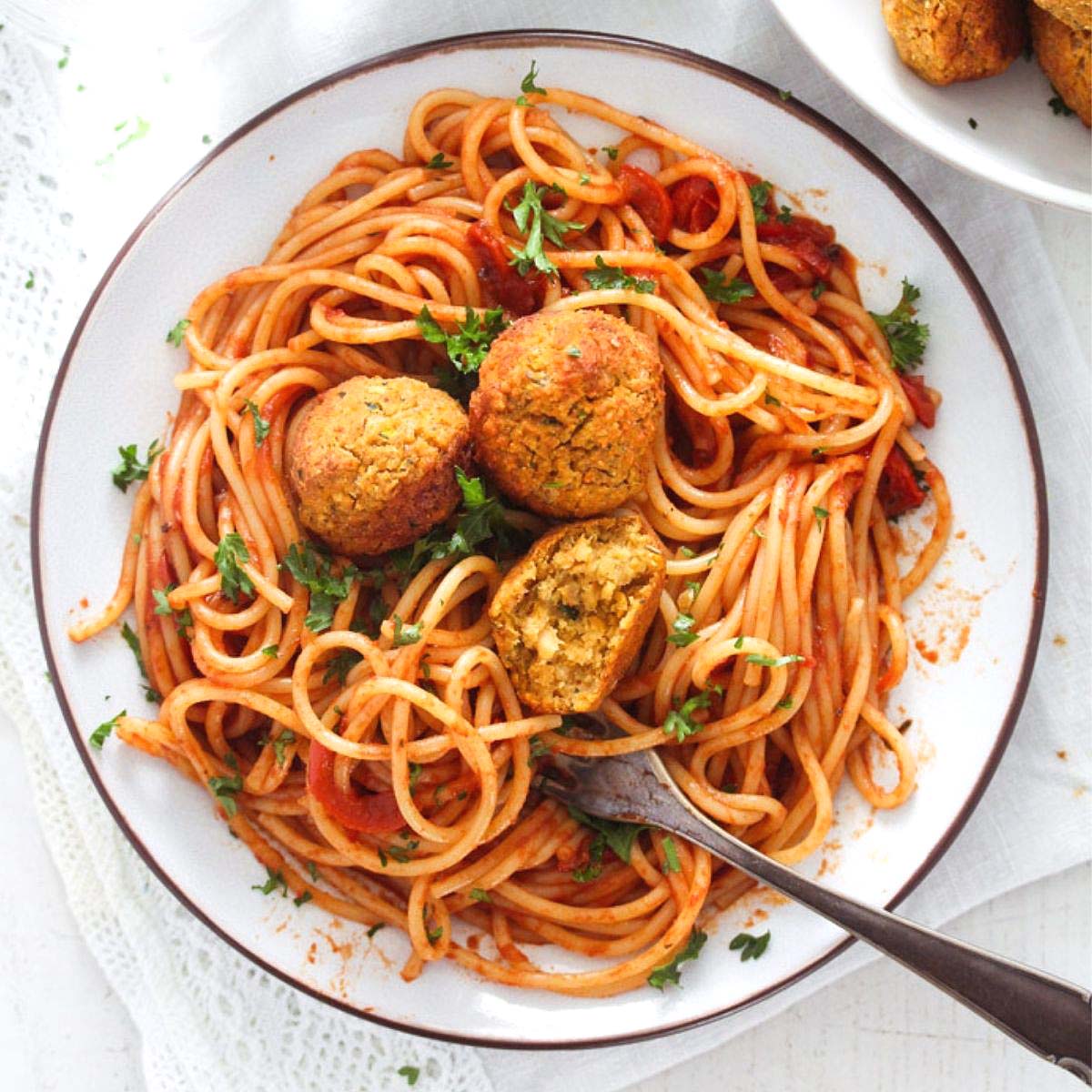 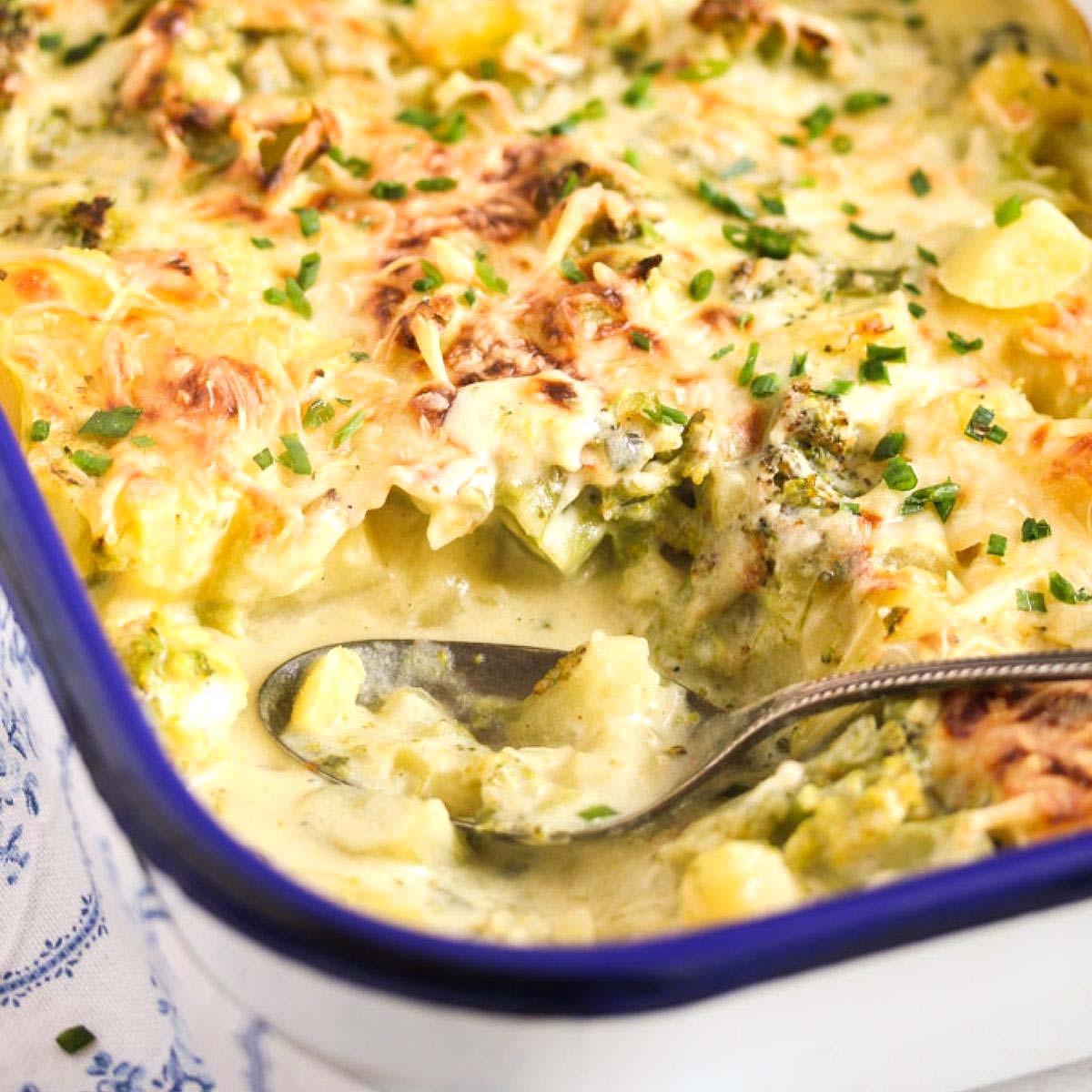 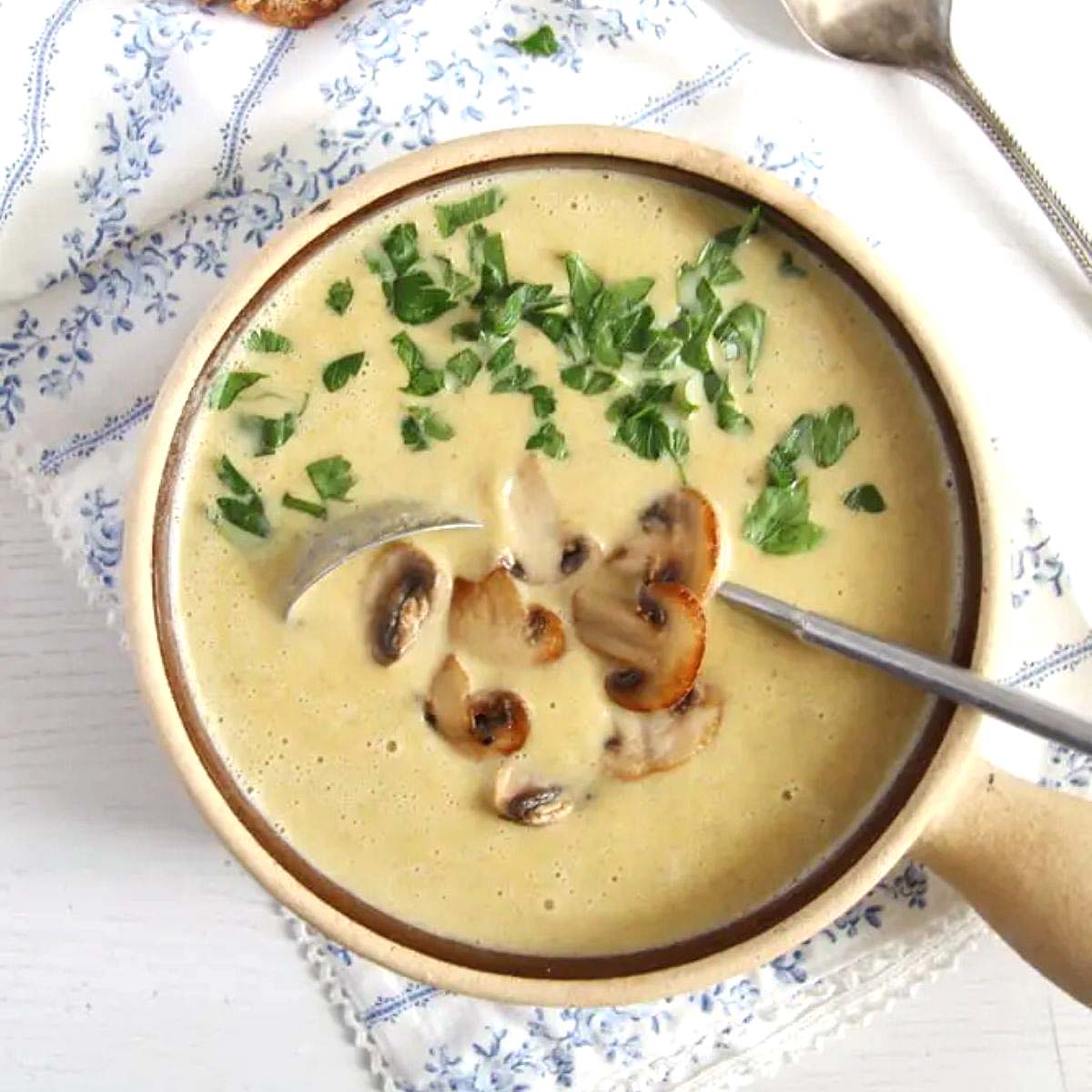 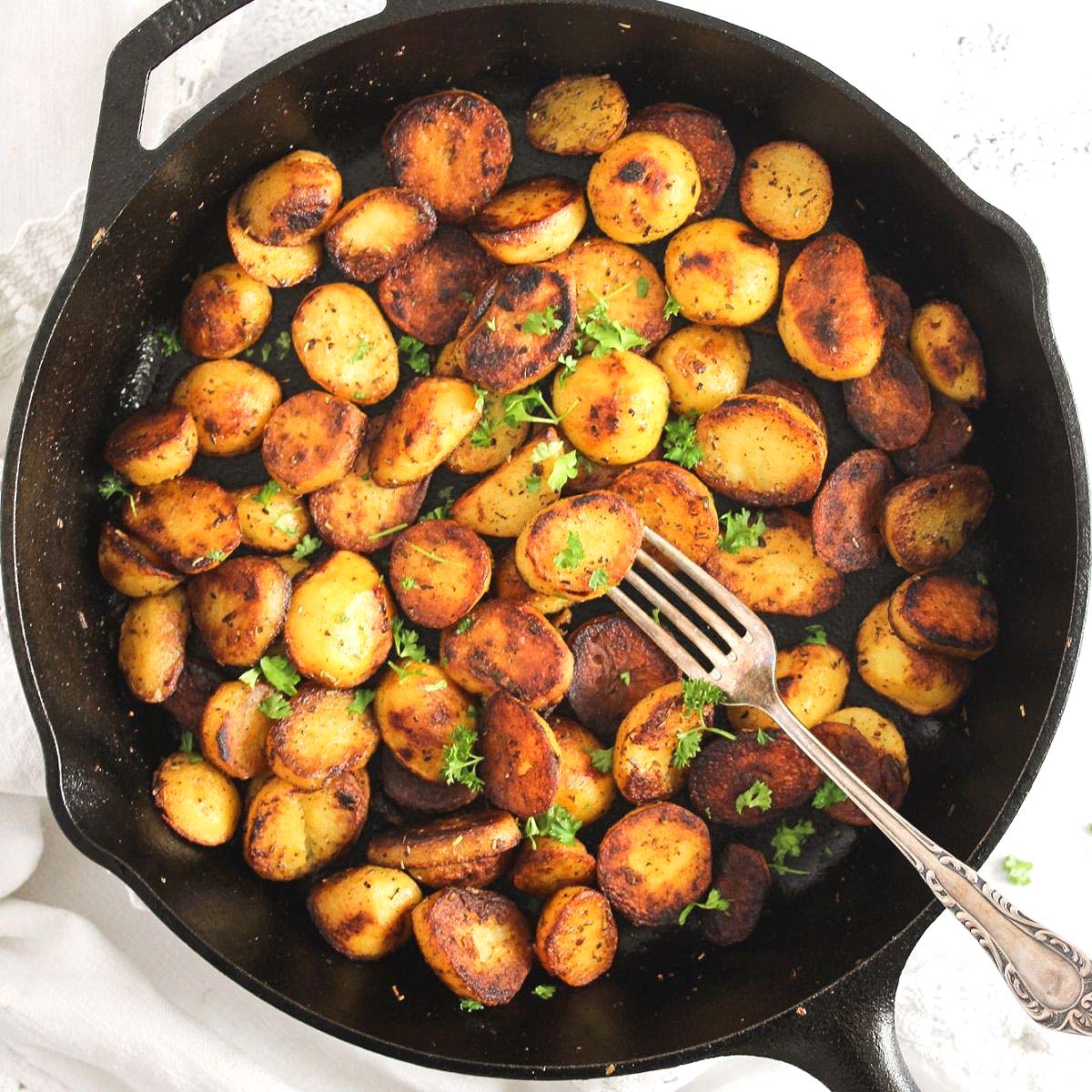 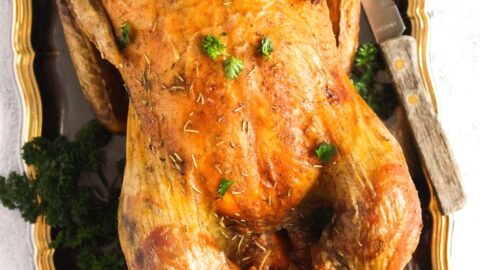 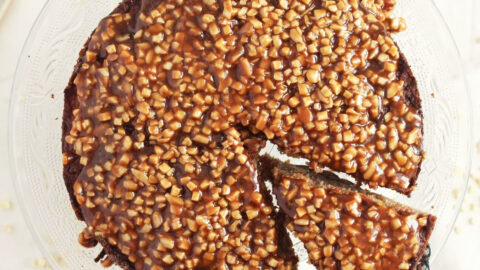 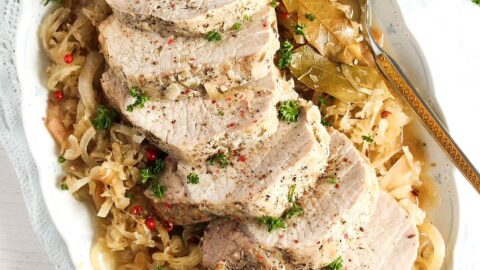 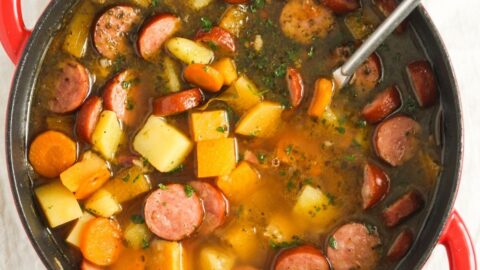