HOW TO MAKE OWL CUPCAKES?

You might think you are not much into baking and especially decorating cakes or cupcakes? You will change your mind after making these super cute owl cupcakes for Halloween or for your kid’s next birthday party.

These chocolate cupcakes with buttercream frosting and decorated with Oreos and other sweets to make them look like owls are one of the easiest cake decorating projects ever. Definitely something for you, if you are trying your hand with decorating cakes for the first time. 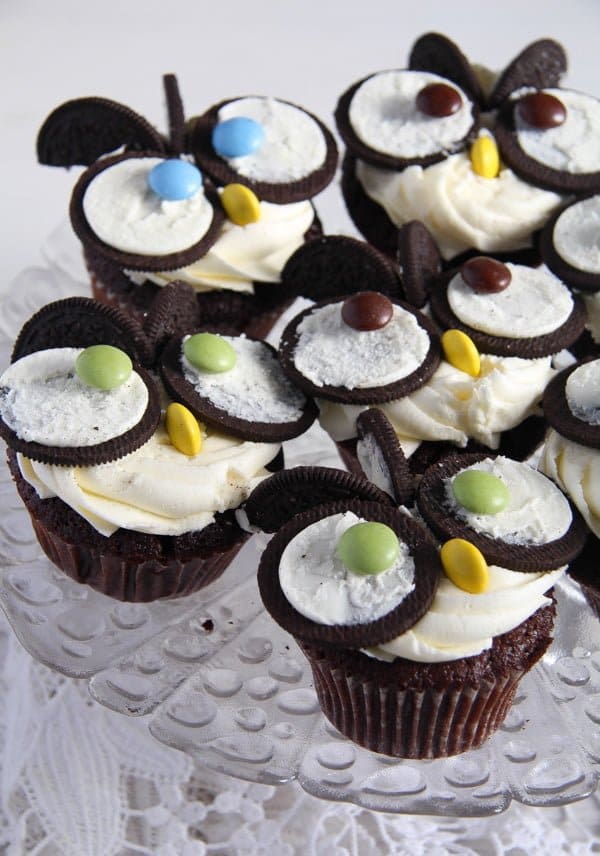 What kind of muffins to use?

I chose to make chocolate muffins for the body of my owl cupcakes. I wanted to decorate them with white frosting to make them look more like Hedwig (Harry’s owl) and that is why I thought chocolate for the body and vanilla for the head would be a good idea.

But you can make any kind of muffins for these owl cupcakes with Oreos, just use your favorite recipe and you cannot go wrong.

This is one of my standard chocolate muffin recipe, a chocolate cupcake recipe I go back to every time I want to make something with chocolate and I don’t have the time or the patience to do more work than just stirring a few ingredients. 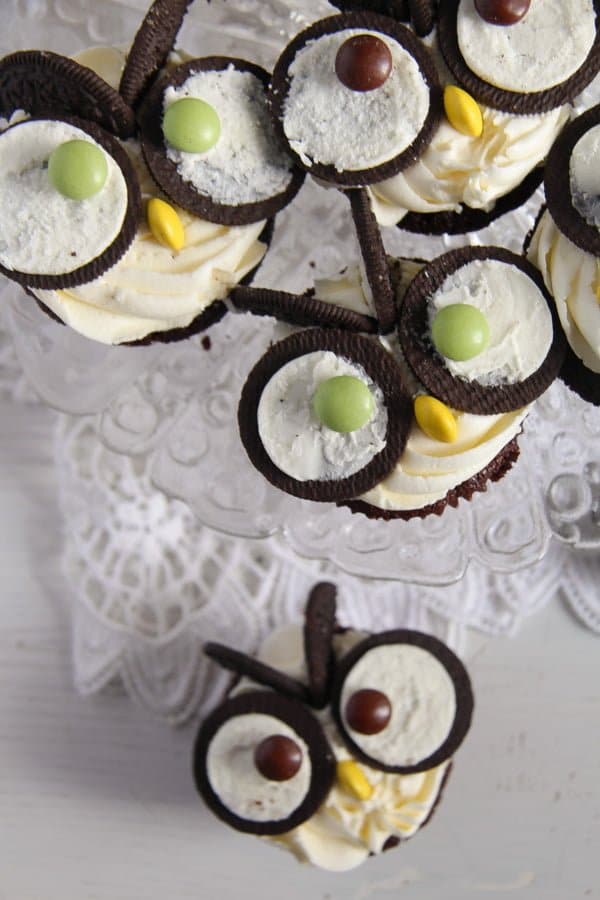 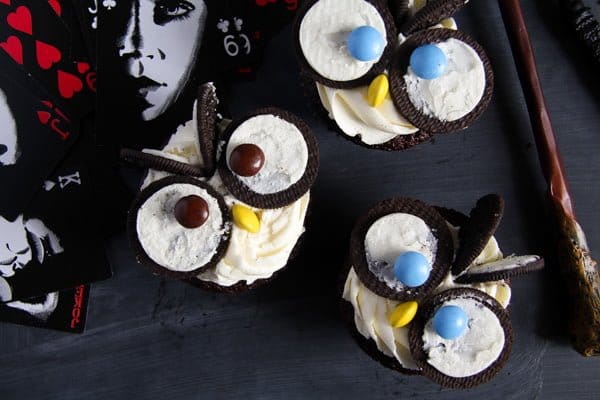 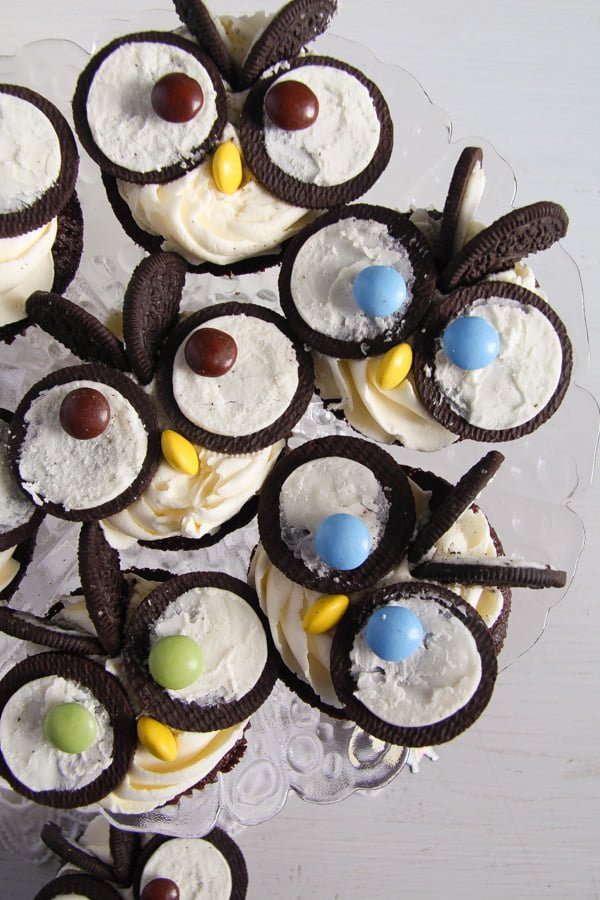 How to form the cupcakes? 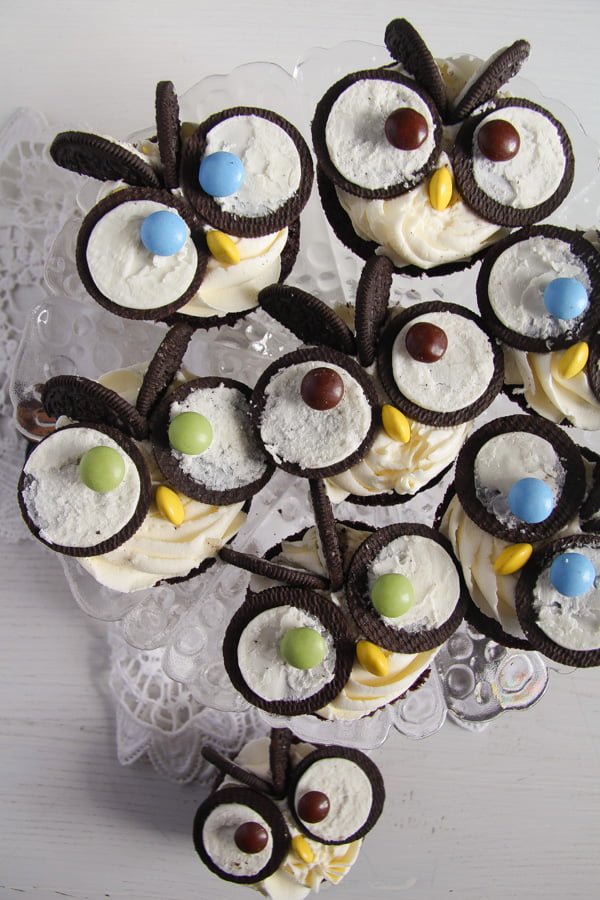 HAGRID’S BOOK OF MONSTERS CAKE – Another Harry Potter recipe, a delicious buttercream cake decorated to look like the famous book of monsters.

HALLOWEEN SPIDER MEATLOAF – Learn how to make a spider meatloaf, perfect for Halloween. Delicious pork and beef meatloaf with sausages shaped like a spider. 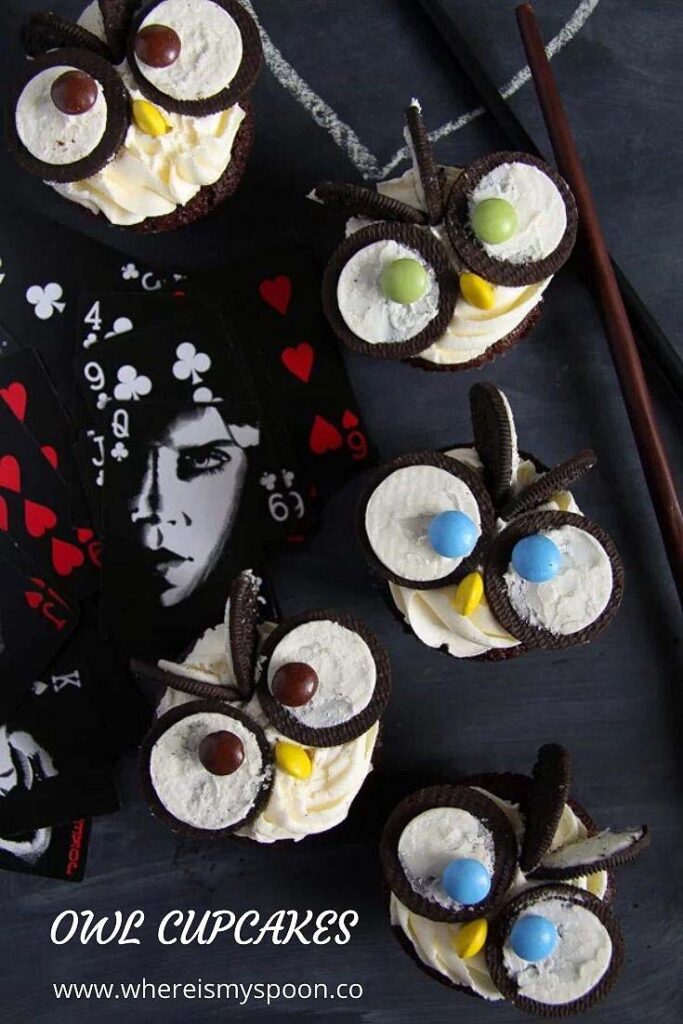 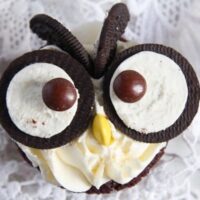 They look so cute! Perfect for children! I cannot believe they don't take hours to make!

These look amazing!!! They are so funny. I love them! I'm going to make them myself, although I will bake my own biscuits as I'm not buying Oreos anymore (they use palm oil that is not sustainable sourced). Gosh, these might be great for Halloween.