A mild and delicious fish soup with vegetables and pollock fillets, this is one of our favorite fish soups. 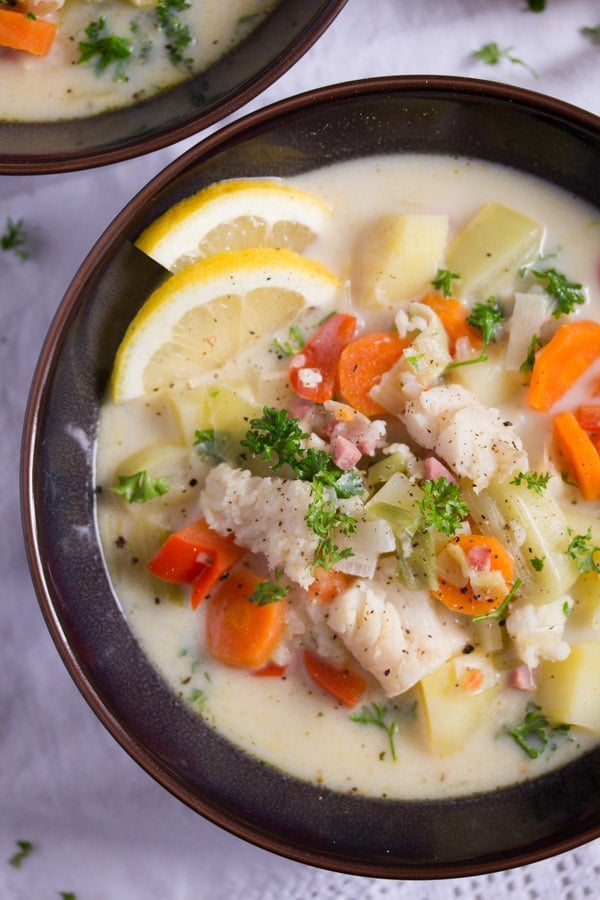 This fish vegetable soup is definitely something for people who think that they don’t like fish soup. After having this soup, they will change their mind about it! This particular fish soup was definitely the mind-changer for me.

There aren’t many things I don’t like, but fish soup was at the top of that short list. I always thought fish soup is one of those acquired tastes, something you have to try over and over again before you start appreciating its taste, like olives, for example (which I adore).

This is an updated post from 2015. I am now a total fish soup aficionado and I have two more amazing recipes on the blog to prove it! Try the Fish Soup with Potatoes or my absolute favorite Brazilian Fish Stew (or soup) Moqueca de Peixe. 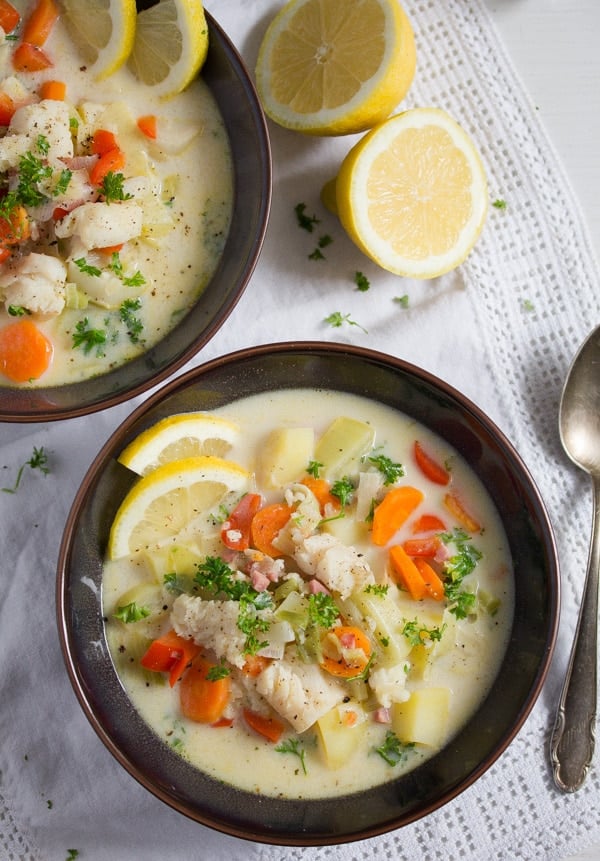 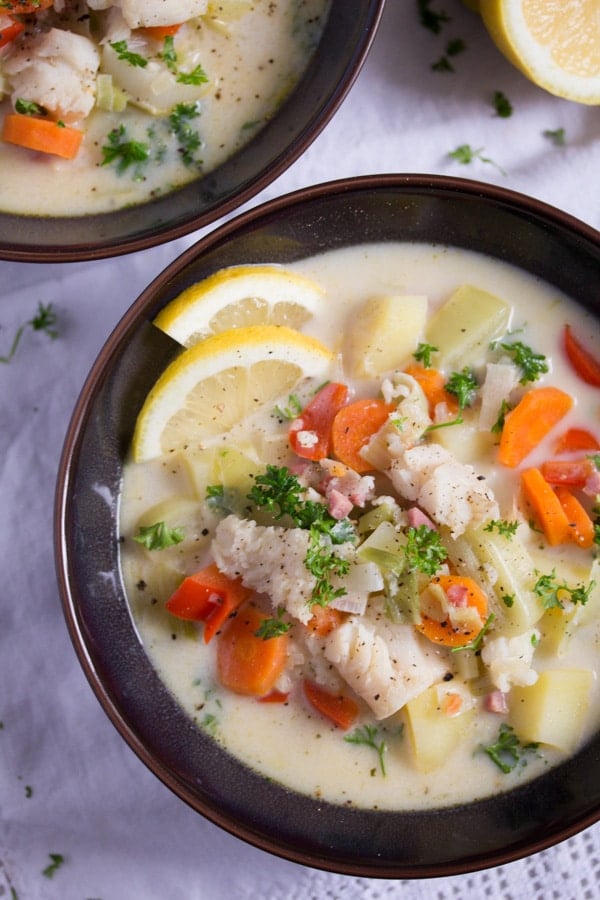 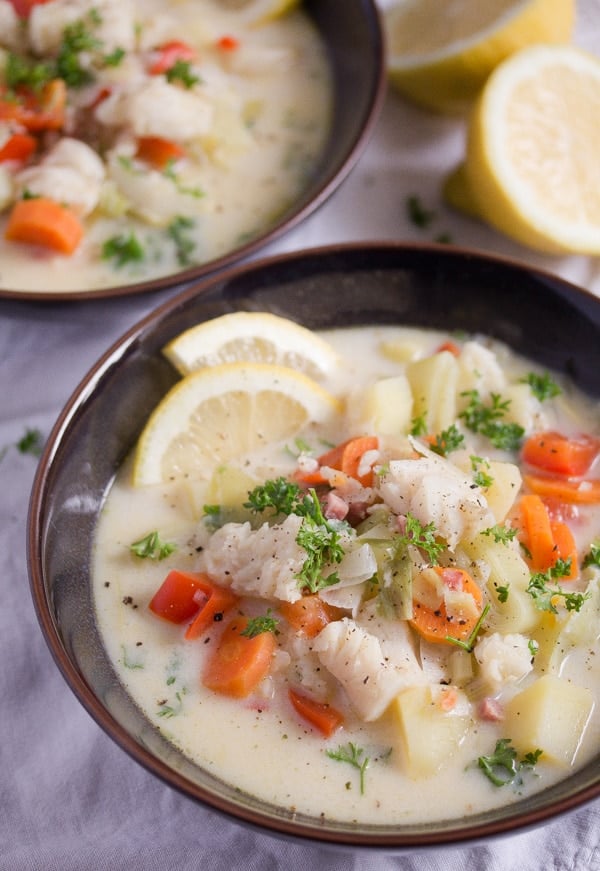 HOW TO MAKE FISH VEGETABLE SOUP?

The fish vegetable soup recipe is super easy and super quick. After chopping all the veggies, you will only need about 20 minutes cooking time. 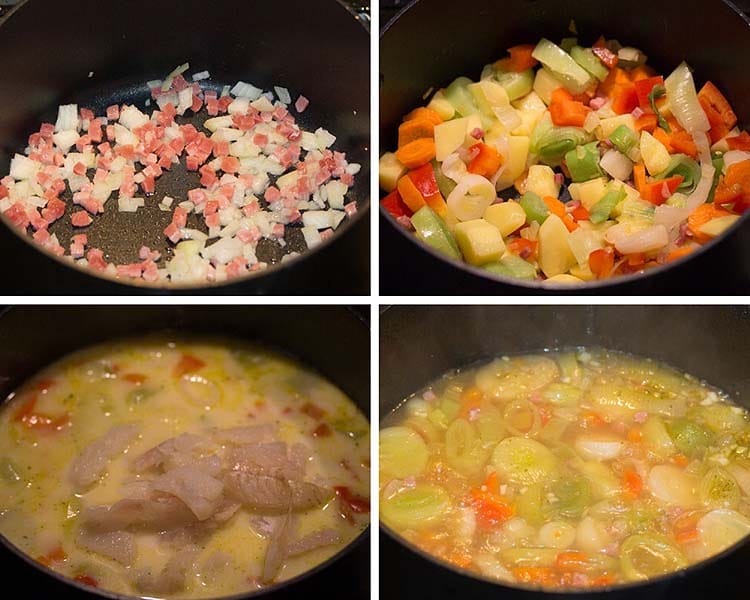 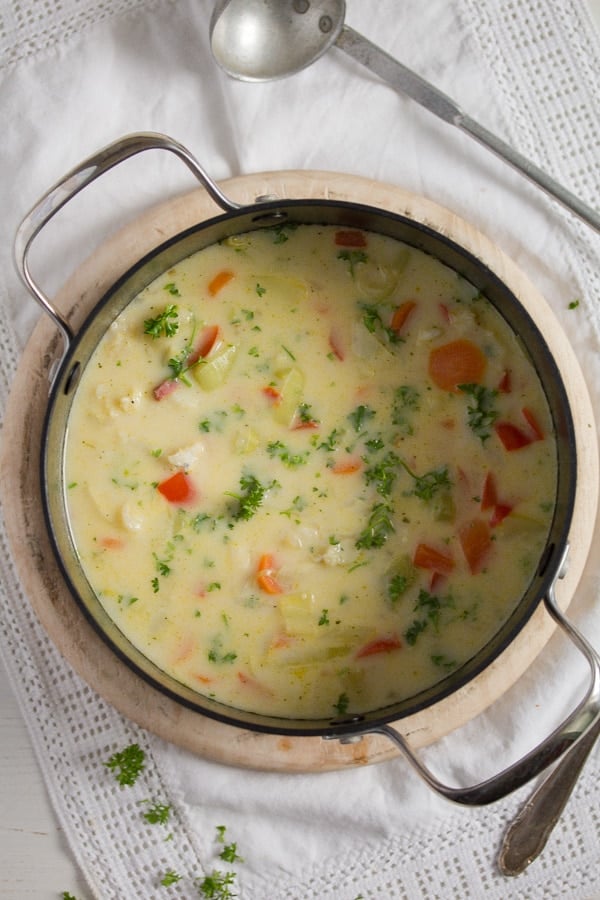 HOW TO SERVE FISH SOUP?

Vegetable Meatball Soup – meatball vegetable soup with turkey meatballs, this is one of my favorite soups ever!

Homemade Chicken and Potato Soup – easy to make, healthy chicken soup with potatoes, peas, carrots and lots of parsley, this soup is perfect for kids.

German Cheese and Leek Soup – a favorite party soup in Germany, one plate of this soup and you will need nothing else. 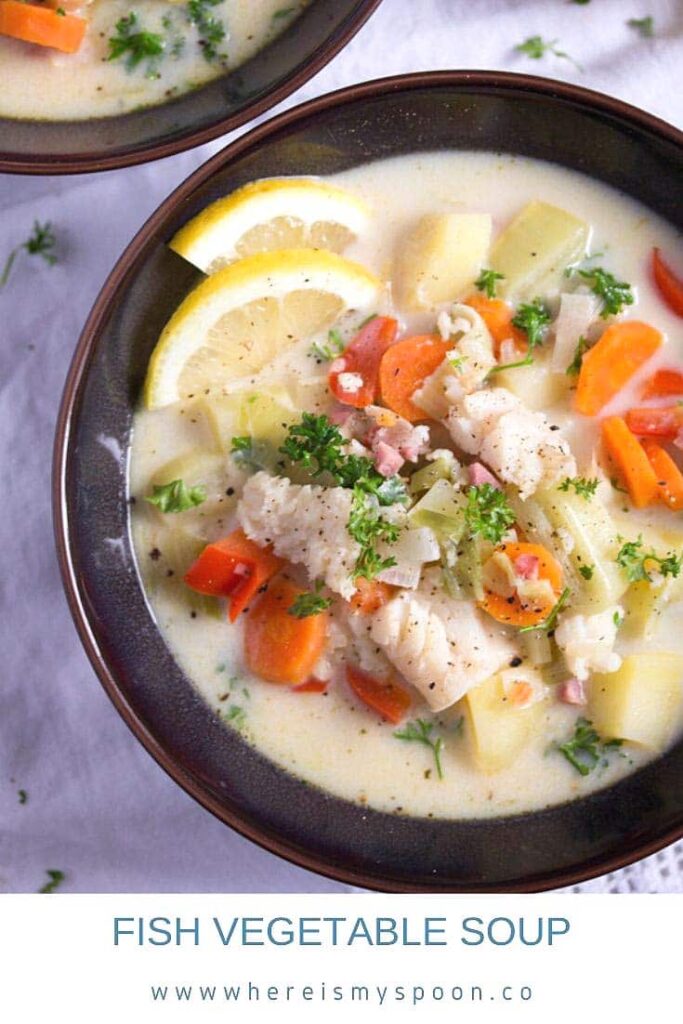 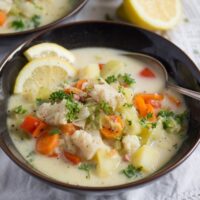 wow that broth looks so beautifully creamy and delicious!