Where Is My Spoon Soup Potato Dumpling Soup

Where Is My Spoon Soup Potato Dumpling Soup 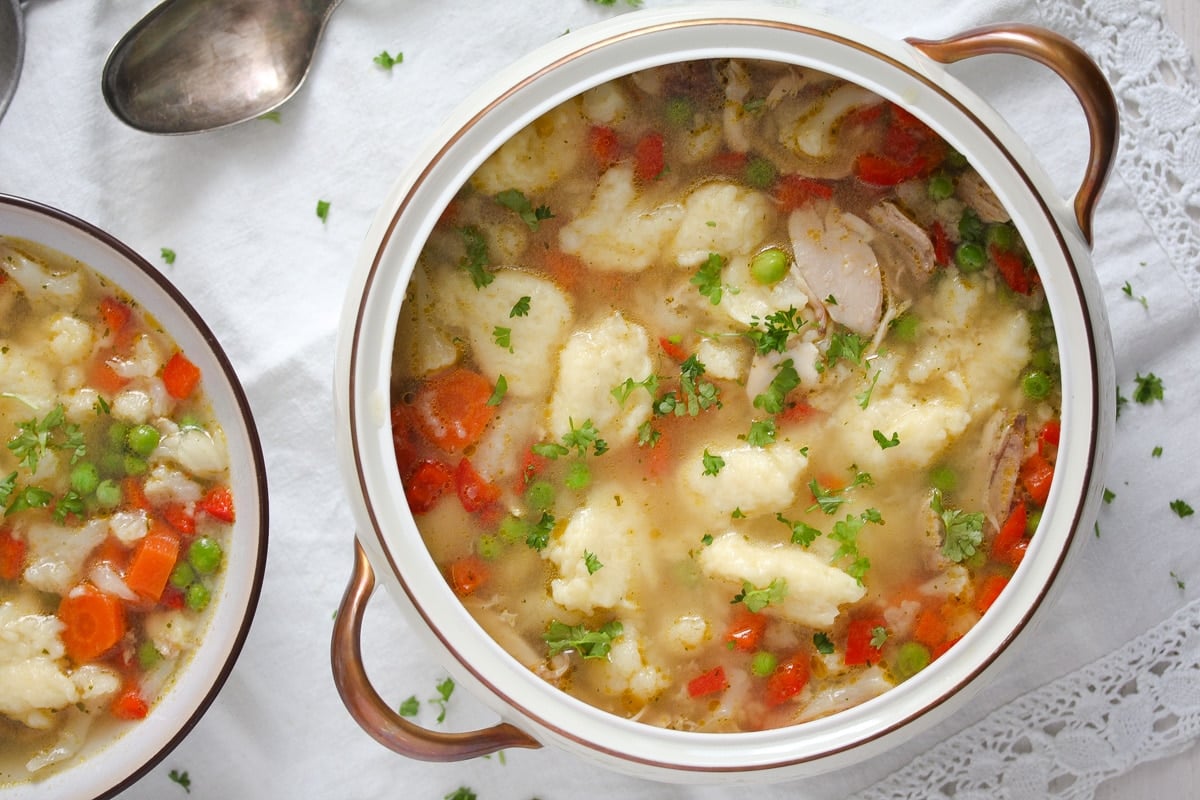 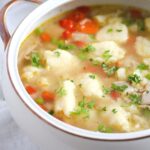 Hearty and comforting potato dumpling soup with vegetables, this chicken soup will warm you up during the cold months of the year.

A super comforting chicken and potato dumpling soup with lots of vegetables. Learn how to make soft and delicious potato dumplings for soup from scratch. 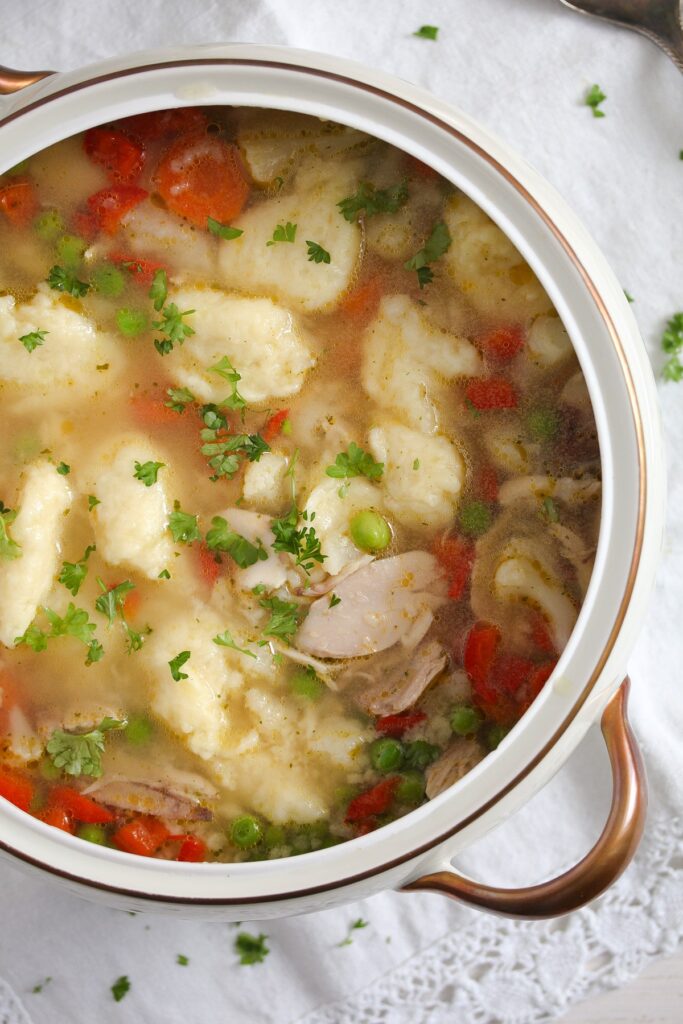 If you have followed this blog for a while, you might have noticed that we love soups. Any kind, from the always present Romanian Chicken Soup with Dumplings to typical German ones like the German Beef Soup, fish, vegetable soups like the Broccoli Soup or the Creamy Mushroom Soup with Cream Cheese and many many more.

Have a look at the Soups category in the blog, there are so many recipes for soups there, you will have a hard time choosing. 🙂 So, today another soup recipe. 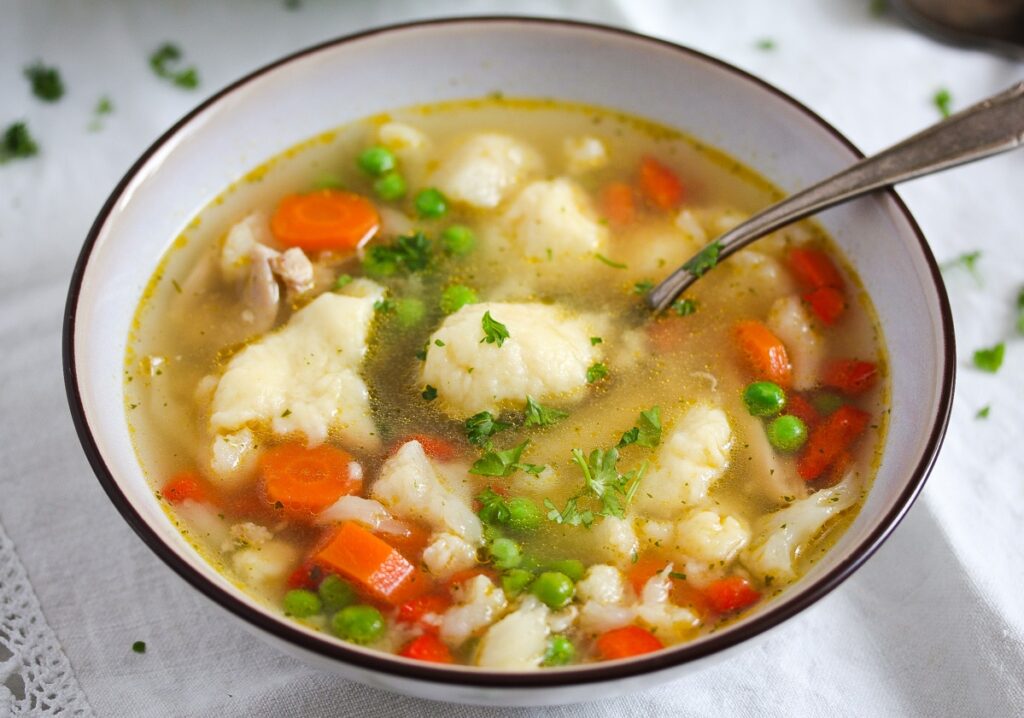 Have you ever tried potato dumplings?

Today a chicken soup with lots of vegetables and nice, soft potato dumplings.

I initially meant to make this either with potatoes or rice instead of any dumplings at all, but then I thought I might try another sort of dumplings, something I haven’t had for a while: potato dumplings.

They were indeed something different from my usual soft yet structured semolina dumplings or from the heartier marrow dumplings.

These potato dumplings are really soft, almost melting in your mouth, similar in taste and structure to the German potato dumplings, which are larger and are served as a side dish for meat roasts or stews with lots of sauce. 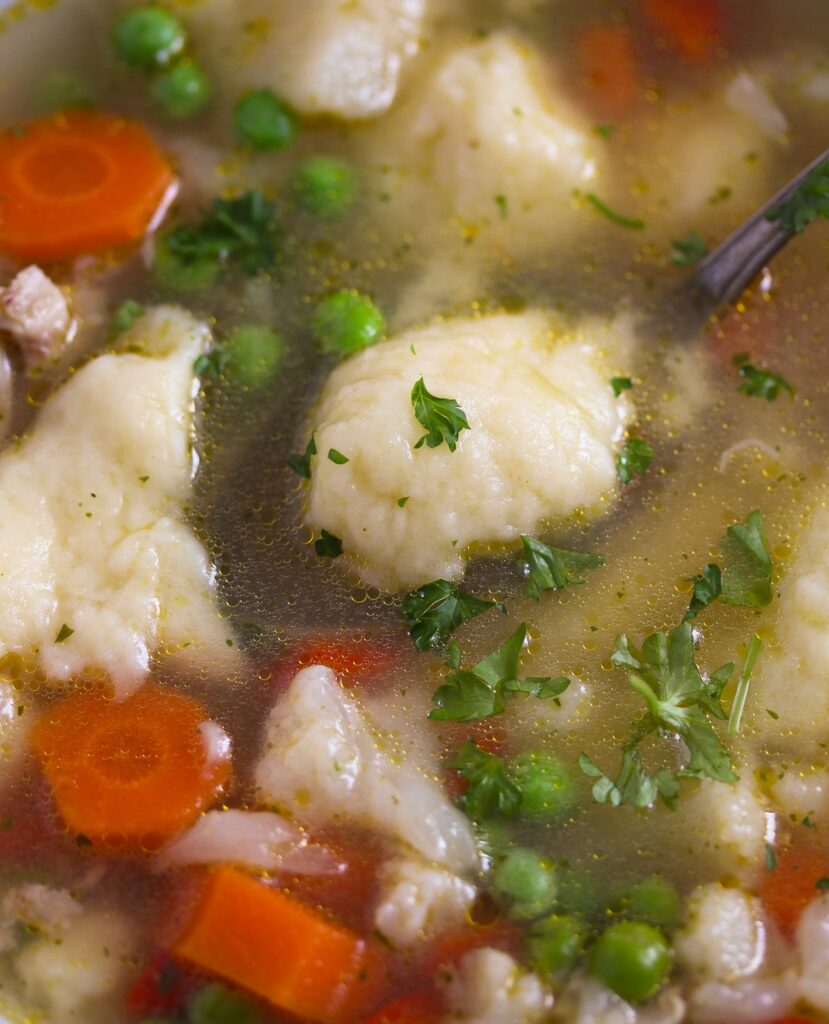 Two ways to make the soup!

There are two ways to make this potato dumpling soup: the fast and super easy way and the still easy yet more time-intensive way. 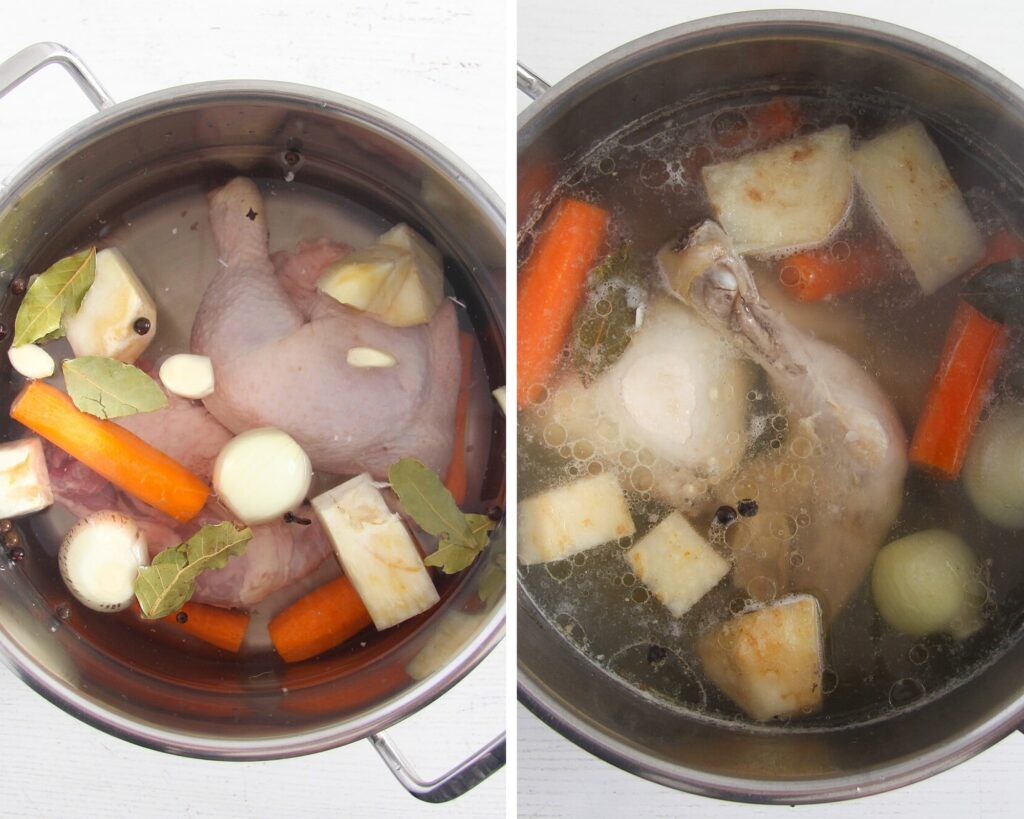 How to make potato dumplings for soup? 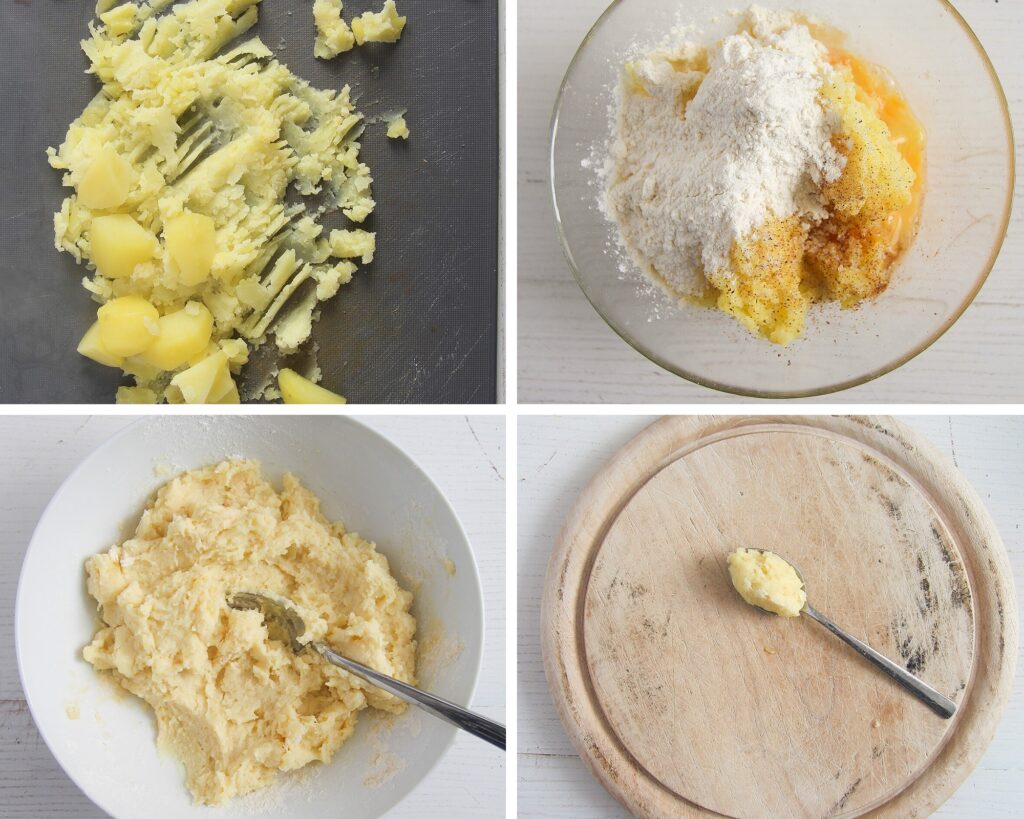 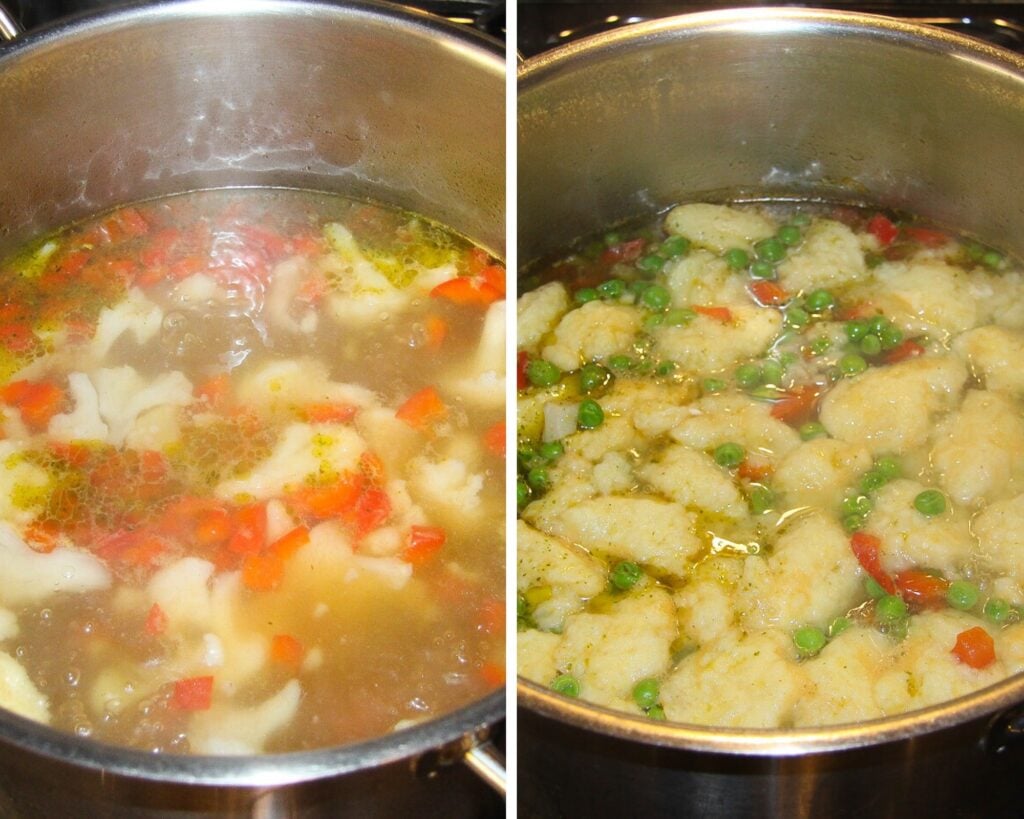 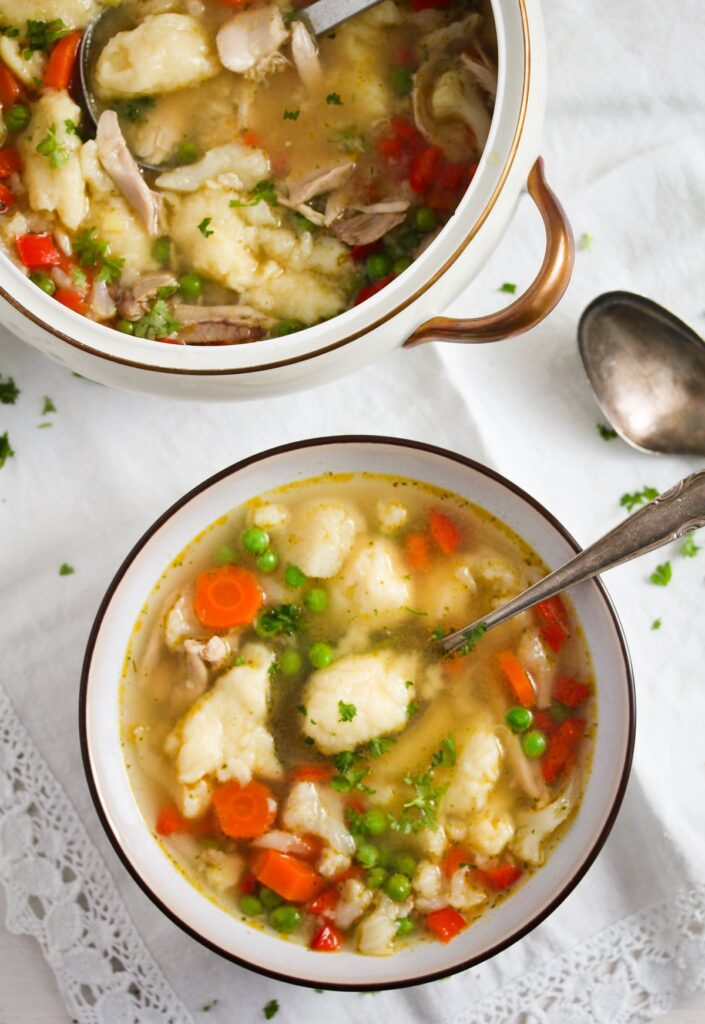 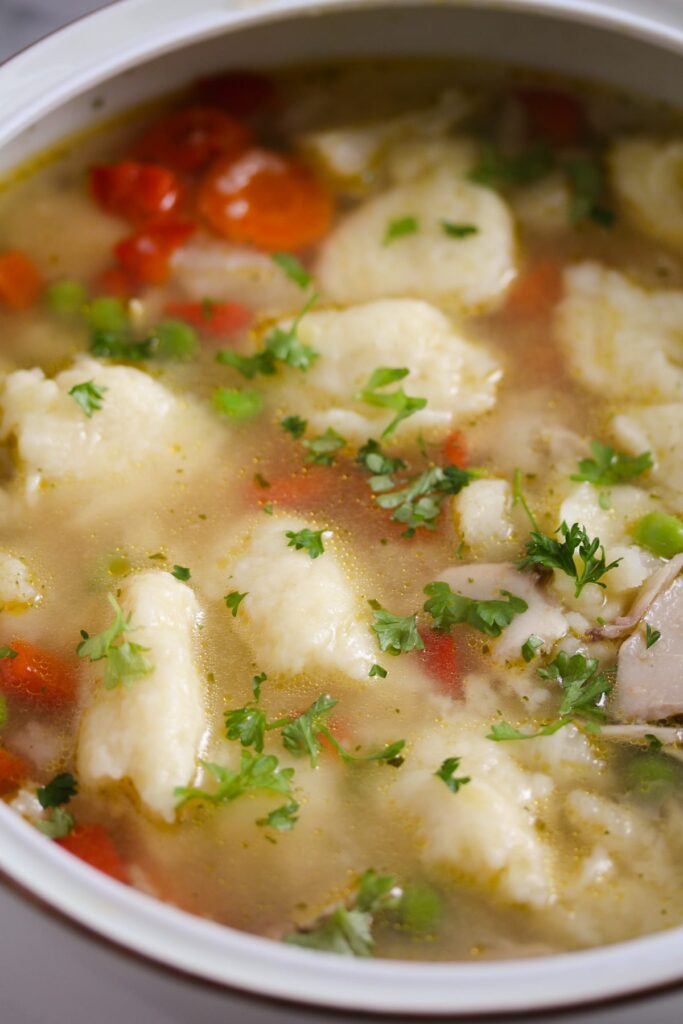 Hungarian Chicken Paprikash– This chicken paprikash is one of the best traditional Hungarian dishes.

Gnudi or Ricotta Dumplings – Tender ricotta dumplings or gnudi in a velvety tomato sauce with lots of olive oil and garlic – Italian food at its best. 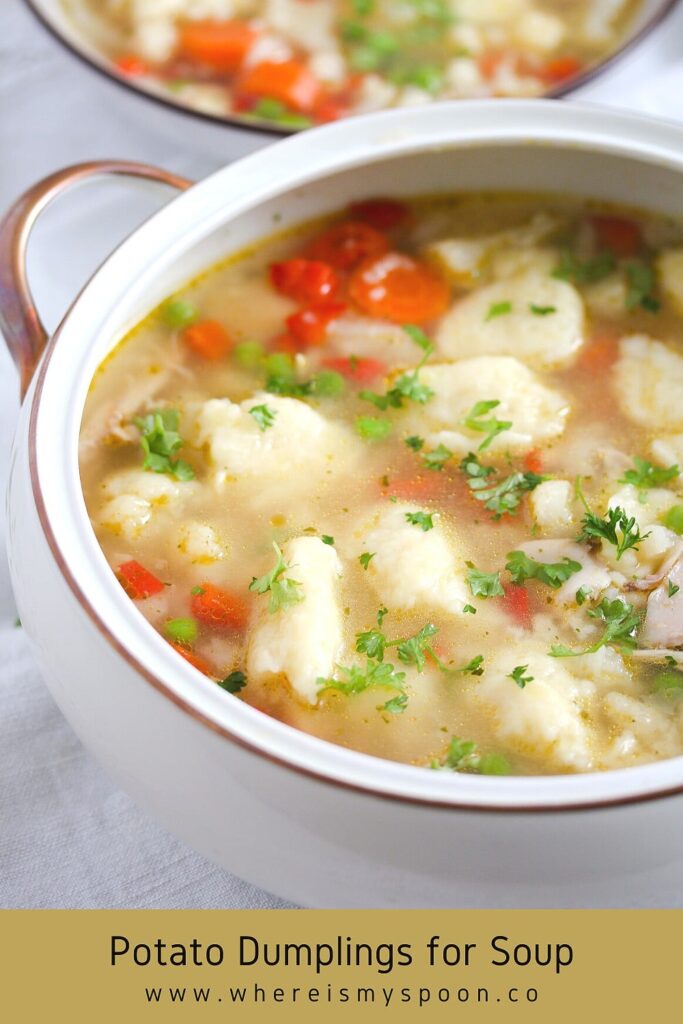 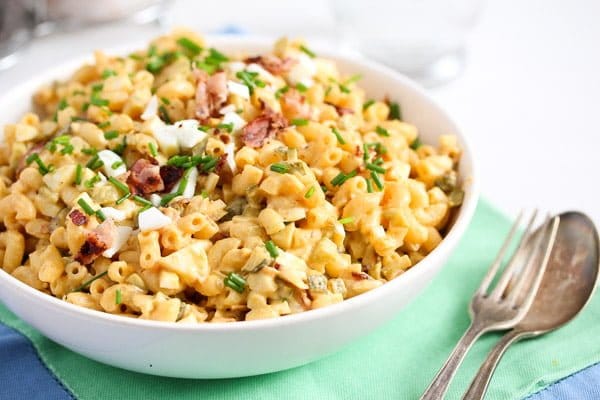 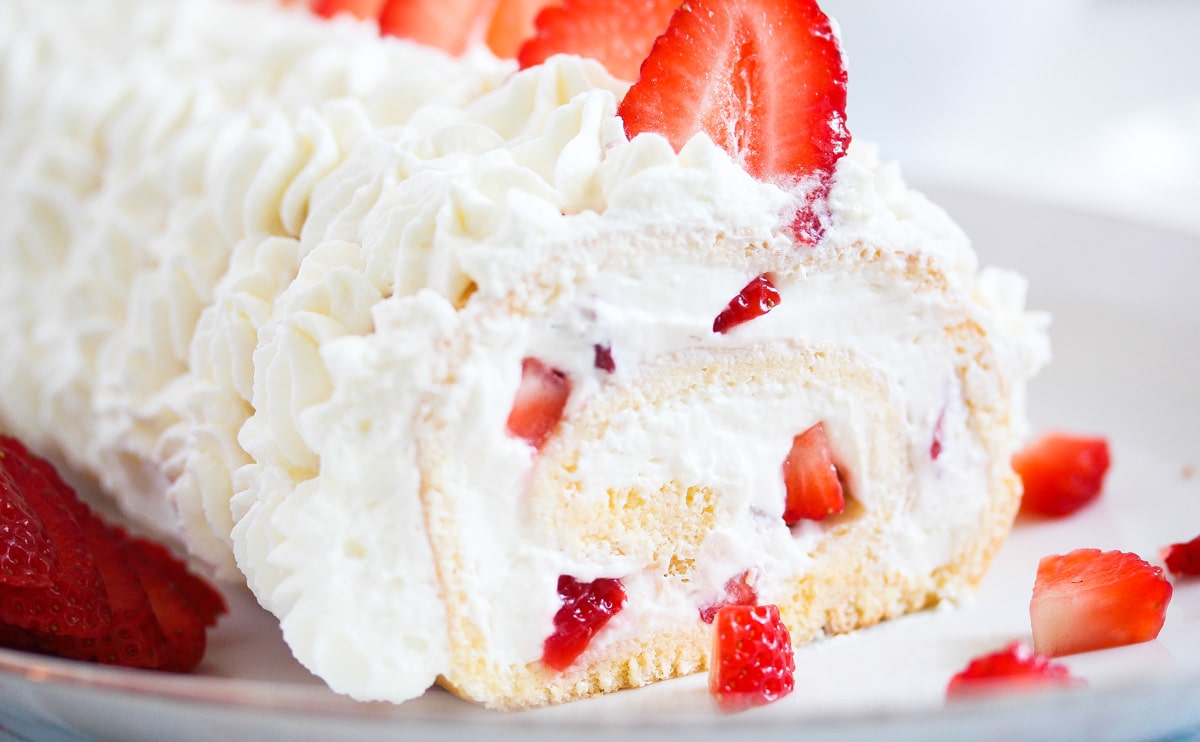 I loved your recipe, i will try it today.

Hey there! I'm inclined to believe the measurement on the potato dumplings are off. I made these to the letter (I doubled the flour and the initial test held up), yet they disintegrated into wet potato slop by the time we were ready to eat. I was lacking specifics on how the mixture is supposed to look, and how to add it to the soup. Are they shaped on flour like gnocchi? Or do you pack them with wet hands like Semmelknödel? I hope you can improve on this recipe, since it seems like a nice idea!

Hi again. I improved the recipe for the dumplings to make it a bit easier. And I added some process shots as well. I hope that making the dumplings will get easier this way.

Hi Artemis. Sorry to hear about that. I will take process pictures as soon as possible, maybe that will help.

I've been thinking about a dumpling soup for quite a while now. Thanks for the inspiration. This looks wonderful!

The best remedy for cold weather!