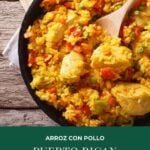 A delicious skillet recipe for Puerto Rican chicken and rice or arroz con pollo, easy to make and so full of flavor.

Puerto Rican chicken and rice – an easy recipe that will amaze you with its unique flavors.

Chicken and rice seem to be a traditional dish in many parts of the world. I love the Romanian version of chicken and rice or pilaf that I grew up with, but I’ve also cooked and ate many other versions of this dish over the years. 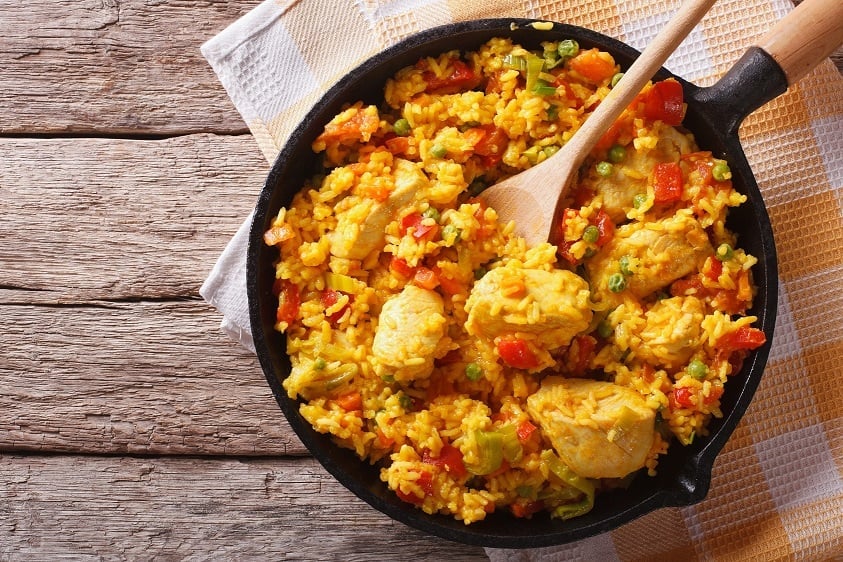 Chicken and rice is a traditional dish in many countries of Central and South America. They all vary from region to region, but I suppose the main ingredients (like the chicken and the rice + some sauce) remain the same.

What sets the Puerto Rican chicken and rice apart?

I suppose it is the use of the typical Puerto Rican sofrito. 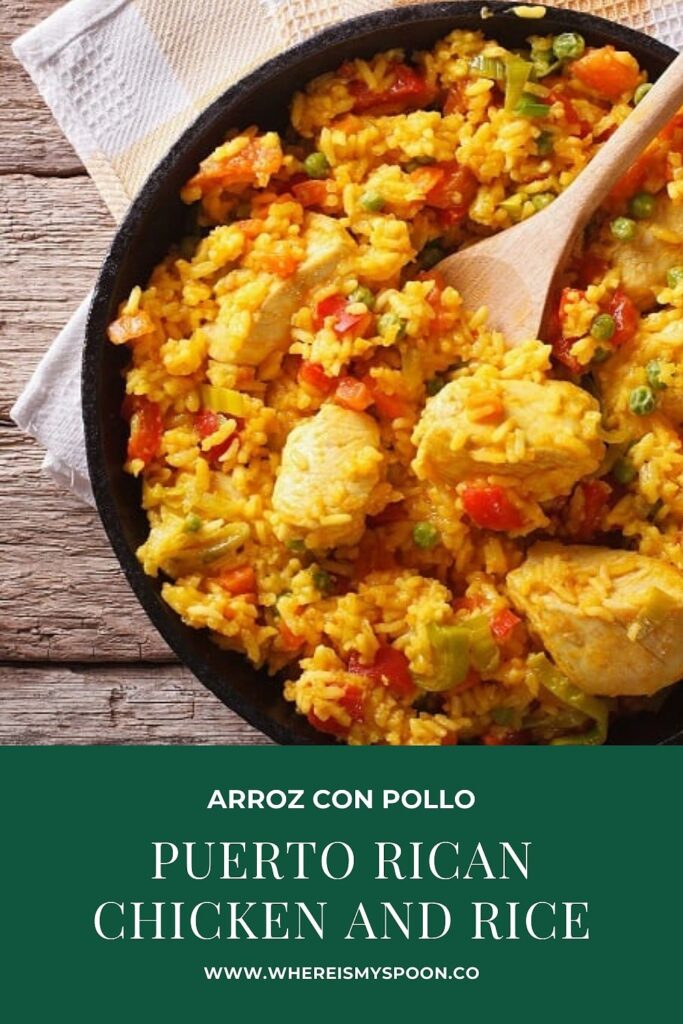 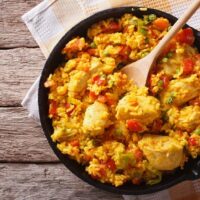 Arroz Con Pollo is definitely our family's favorite. I used annatto seeds for the orange color. I love how your rice has that orange color too without having to use the seeds. Must be the tomatoes?

This sounds wonderful - I bet the chicken is so tender.

This rice and chicken looks so delish and comfy. This would make a great weeknight meal.