Where Is My Spoon > Sweet Recipes > Cakes > Cherry Chocolate Brownies

I’ve baked many brownies during the last 10 years or so: Romanian Meringue Brownies, Cheese Cake Brownies, Vegan Brownies, Black Bean Brownies, Zucchini Brownies and so on, but I have never made any cherry brownies nor chocolate brownies containing 500 g/ 1.1 lbs chocolate. 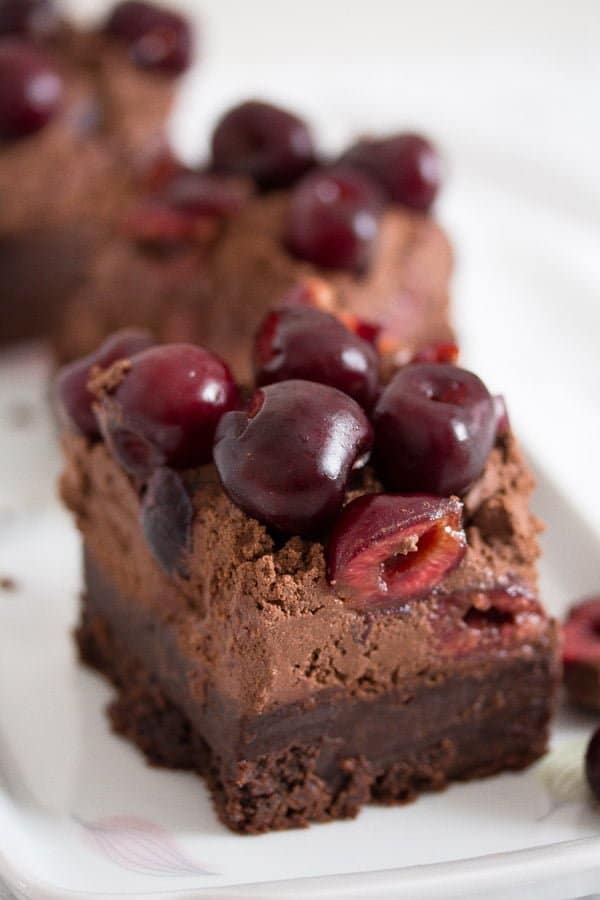 A chocolate madness, I am telling you. Chocolate in the brownies, chocolate on the brownies, and to add even more calories a whole pack of butter, 2 cups of double cream and lots of sugar. I have heard of a cake named Death by Chocolate before, but I have never made it myself.

However, while making these unbelievable cherry chocolate brownies with chocolate ganache that name – Death by Chocolate – kept coming into my mind.

I found the recipe in a German recipe magazine (Lecker) two years ago. As cherries were not in season at the time, I made a mental note on making the cherry chocolate brownies the next summer. As “next summer” was last year, I did not have any luck at all, there was not one cherry to be found in our cherry tree.

So, I put off making the brownies again. Until this summer, when the cherry tree was so full, that I was not even able to use up all those wonderful cherries. Many of them, especially those at the top of the tree, remained there for the birds and eventually went bad and fell to the ground.

This cherry chocolate brownie recipe used some of the last cherries I was able to reach and pick this year. Otherwise, if you still have too many cherries in your garden, have a look at this post on how to preserve cherries, for instance. Or at this recipe for cherry sauce. 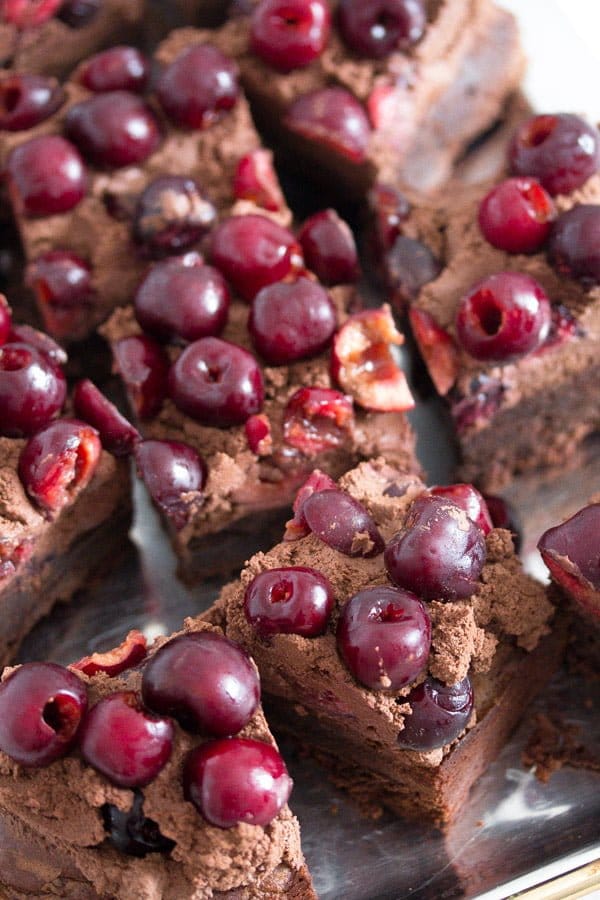 HOW TO MAKE CHERRY CHOCOLATE BROWNIES

The recipe for the brownies is a pretty basic chocolate brownie recipe. I have made some often although, as mentioned above, I have never used as much chocolate for a cake as this time. 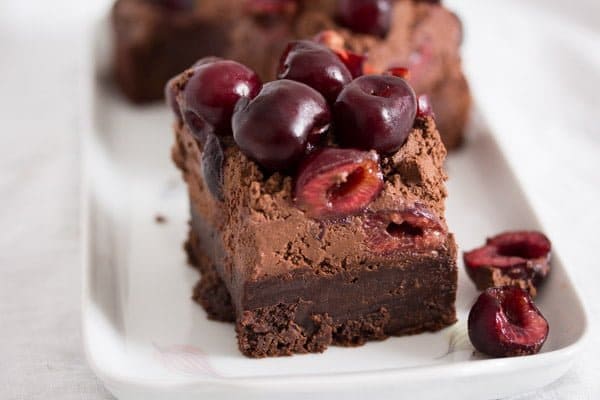 Chocolate cream for the brownies:

The same here: use good quality chocolate for best results. To pit the cherries I recommend this cherry pitter, I could not do without it anymore. 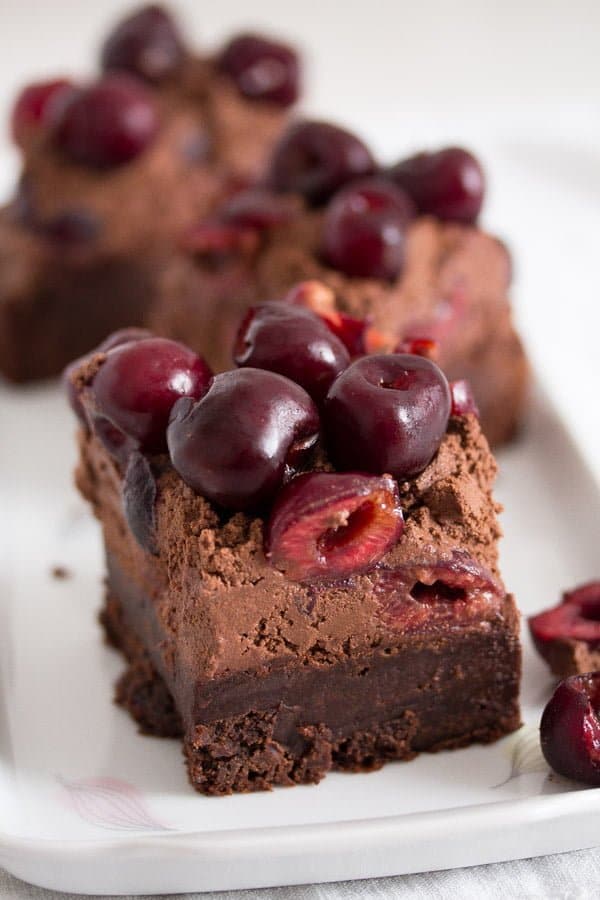 The original recipe recommends putting the frame of the loose bottom tin around the cake before topping it with the chocolate cream and the cherries. I did that, but I found it completely unnecessary, more of a disturbance than a necessity.

You should do that if you notice that your chocolate cream mixture is too soft and threatens to leave the cake, my mixture was so stiff, it was absolutely pointless to frame the cake.

The cake needs about 2 hours in the refrigerator to set completely. Cut it before you serve it. If you manage to cut it into 25 rather small pieces, one piece will have about 379 calories. If the pieces are larger, you will have to count the calories yourself, if you care about it!!! 🙂

But if you start baking these cherry chocolate brownies with chocolate cream in the first place, then you probably couldn’t care less about the calories. 🙂 🙂 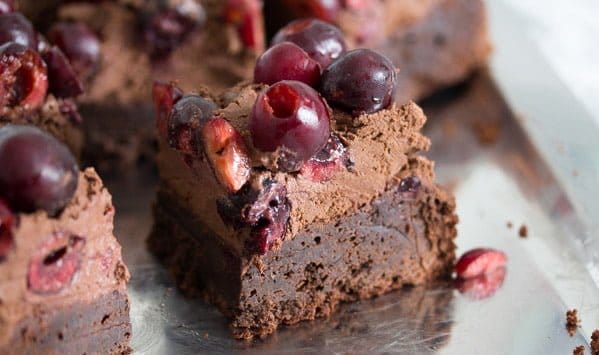 HOW TO MAKE THE BROWNIES WITH FROZEN CHERRIES:

First of all, I haven’t tried that, but as mentioned above I found this recipe in a recipe magazine. The magazine recommends making the cherry brownies with frozen cherries when cherries are not in season.

To do that, defrost 650 g/ 1.4 lbs cherries in a sieve, so that they can drain well. Pat the defrosted cherries dry with kitchen paper and continue with the recipe. 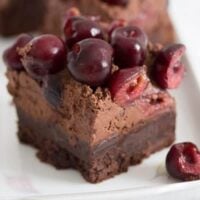 how decadent! i love chocolate and cherries together!

Wow, Adina! I have been thinking of coming up with an idea of how to incorporate fresh (not dried) cherries with brownies, and here you post this! I'll have to give this a go soon. Thank you for this recipe ?

Just a note - instead of the equivalent of Ban Marie ~ double boiler, the recipe says, in both the description and recipe, double broiler. This could be disastrous for some readers.

It looks amazing! All that chocolate! I love it. :)

This looks heavenly! I have always love the combo of cherry and chocolate. 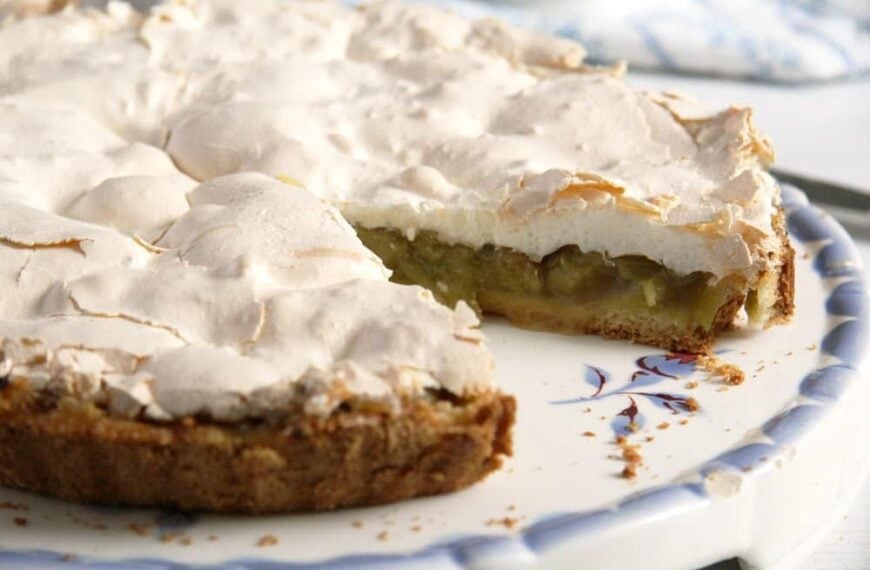 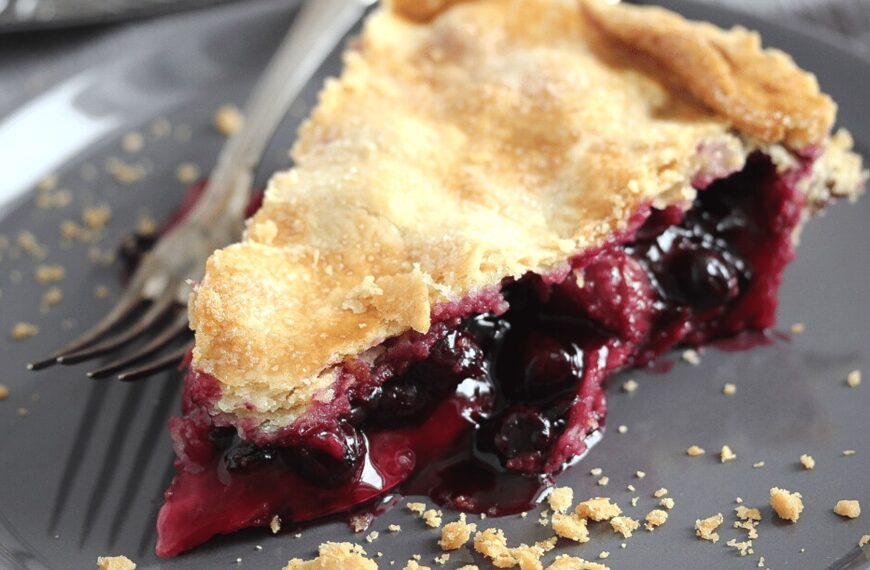 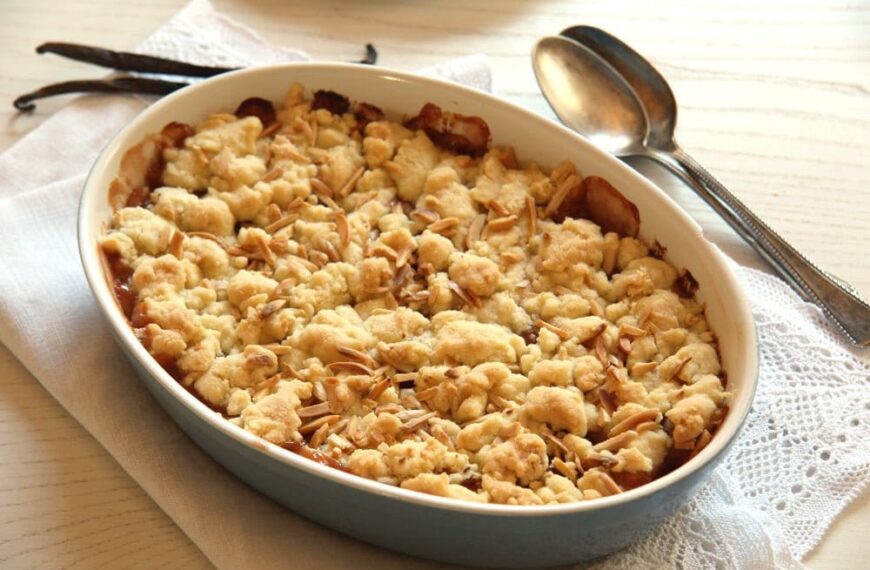 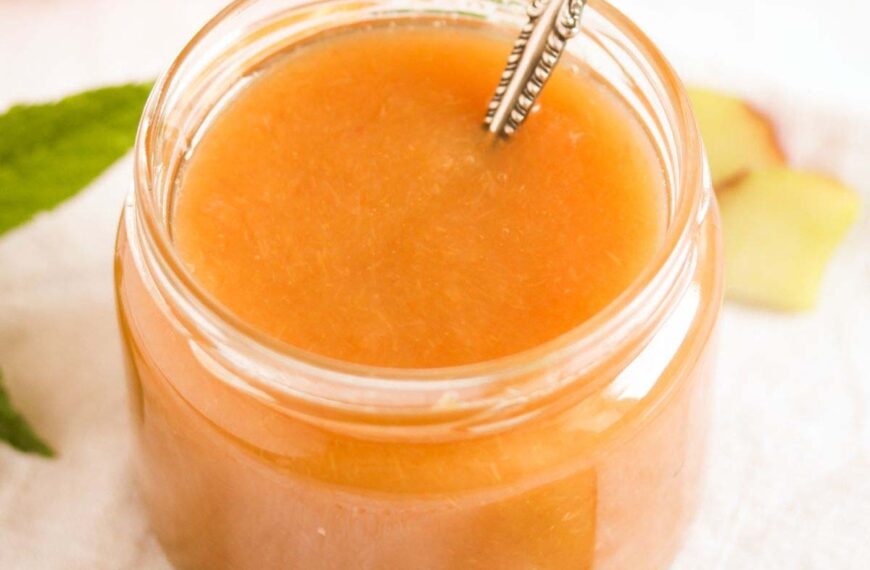