This is the kind of pork stew recipe or pork goulash my grandmother used to make often. Almost always in autumn or winter, I can still remember the smell in the house, in the morning, when she used to cook this Hungarian goulash with pork or a similar dish.

This kind of dish is always called “tocana” in Romania or better “tocana de…” meaning “stew of…” and the dots can be filled with any kind of meat or vegetable you can think of. The kind of stew we used to eat more often than any other was the simple potato stew, which was mostly vegetarian.

I make this potato stew nowadays very often as well, but I add some sausages most of the time, my kids like that version better. 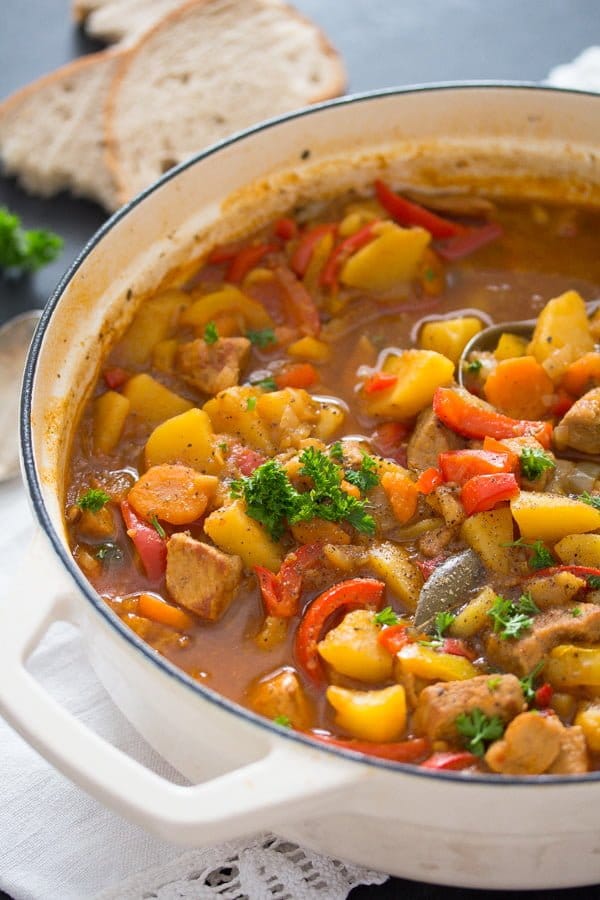 When my grandmother really wanted something special, then she would make this Hungarian style paprikash with pork, lots of sweet paprika powder and potatoes. She would add the red bell peppers from time to time because they really belong to this dish, but as I hated nothing more than cooked peppers as a child, she would more often leave them out just to avoid any complaints.

And in case you are wondering why a Hungarian goulash in a Romanian family, well, there is a large Hungarian community living in Transylvania – Romania, so the Romanian cooking style is very much influenced by the Hungarian cuisine, especially in Transylvania, where I was born and raised.

Another absolutely delicious and even more basic Hungarian pork stew recipe is this Pörkölt recipe served with Hungarian flour dumplings, you should definitely give it a try as well. 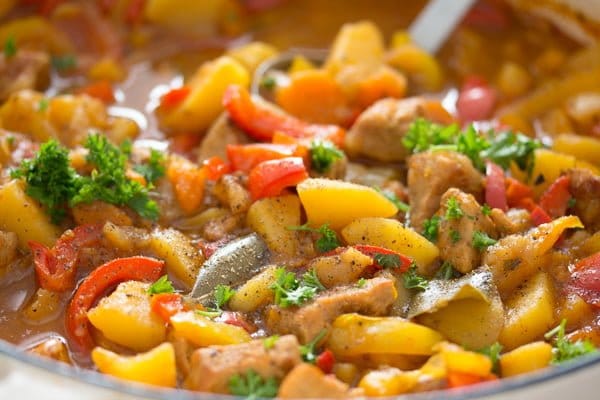 The ingredients used to make this Hungarian goulash with pork are very basic and cheap: pork, potatoes, lots of onions, peppers and paprika powder.

Meat for the pork stew: 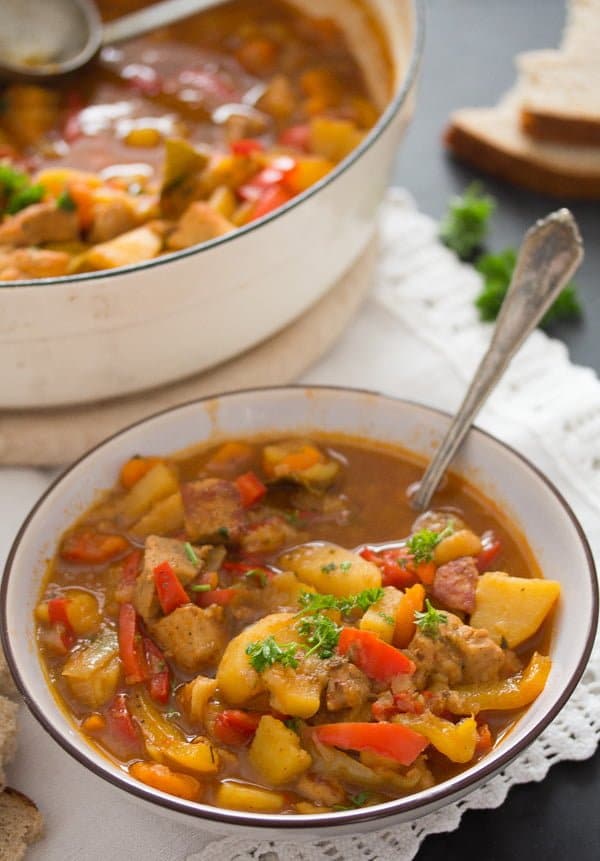 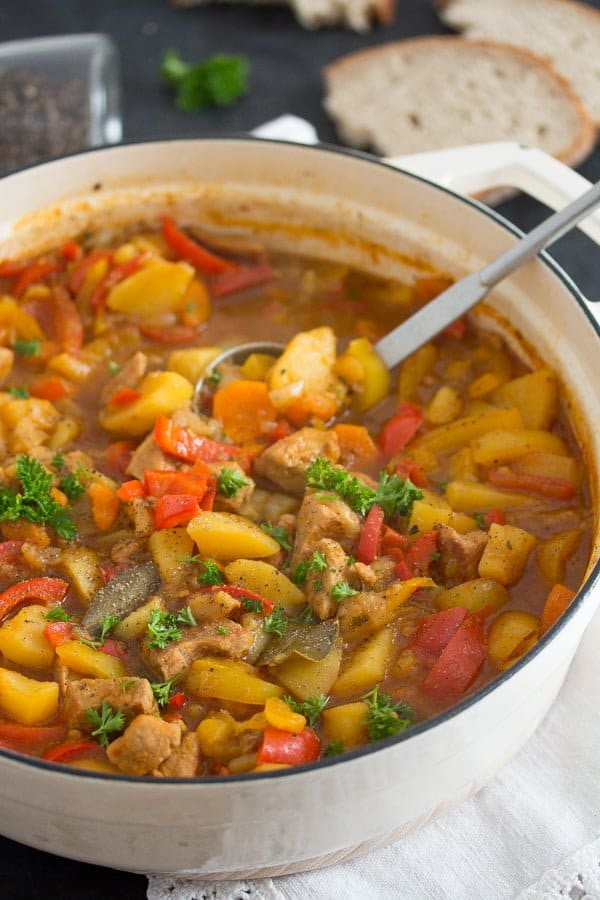 HOW TO MAKE PORK PAPRIKASH? 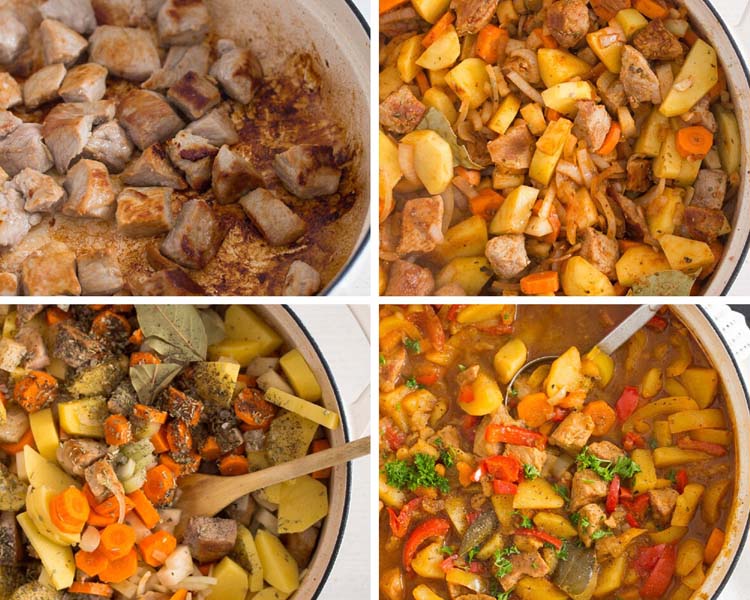 PORK AND ONION STEW – A hearty pork stew with pearl onions and chickpeas in a luscious slightly sour sauce, comfort food for these grey autumn days. 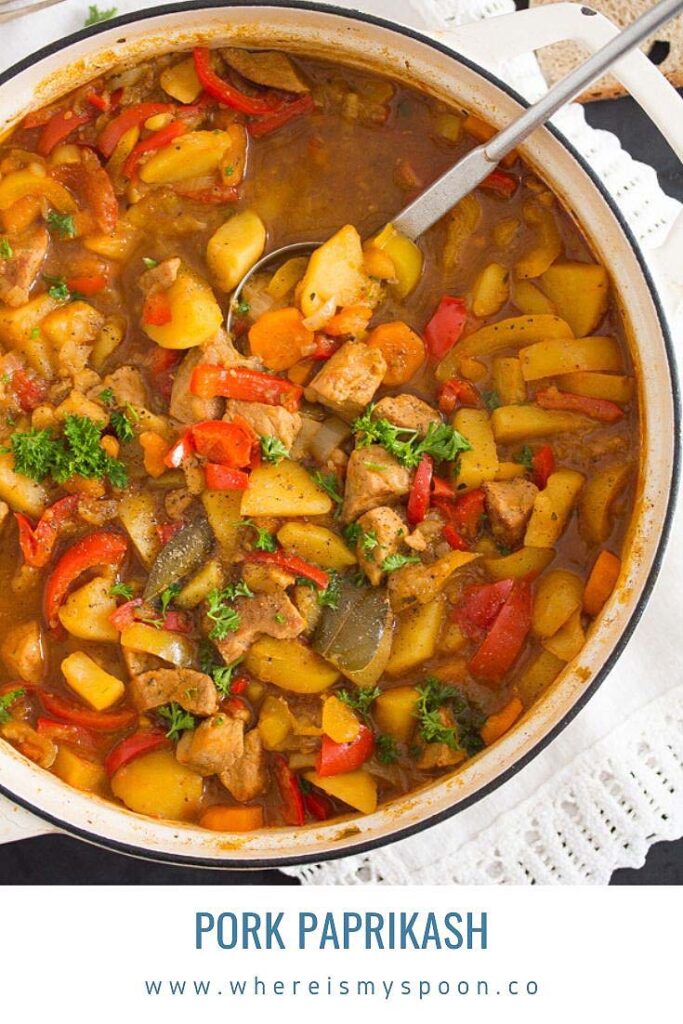 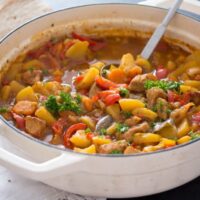 Your traditional pork goulash sounds so full of flavor. I enjoyed your story of how your grandmother would prepare it...so nice that she would change the peppers to red for you.

Hi Adina - This is a beautiful goulash. (Can goulash be beautiful? YES YES YES!!) I learned a lot today. About paprika, lard and not crowding the pan so the pork doesn't release too many juices and stews instead. Also blotting the pork dry first. Great tips my friend, as always. Seriously, I did not know any of them. A day older, a day wiser. Thanks Adina!

Hearty is an understatement, this looks so darn comforting!

So colourful and flavourful! I would love some too.