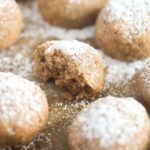 These polvorones cookies are some of my favorite Christmas treats! Spanish cookies with an unexpected lemon flavor.

Probably the best-known kind of Spanish cookies. They are a variety of mantecados, which are shortbread pastries made with lard and which can be flavored with different ingredients like lemon, chocolate, cinnamon, and so on.

Unlike mantecados, polvorones contain ground almonds and are made with roasted flour. Traditionally, they are also made with pork fat – lard. The name comes from polvo – powder and refers to the crumbly texture of the pastry and the fact that it is covered in powdered sugar.

They come in different shapes and sizes. They can be ball-like, round but flat, very large or very colorful.

Disturbing story: during the Spanish Inquisition, it was decreed that the pastries should only be made with pork fat. It was a way for the inquisitors to spot Jews or Muslims (who would refuse to eat the pork fat polvorones) living in the South of Spain and arrest them. 🙁

They originate in Andalusia, Spain, but they are very popular in many other parts of the world. You can find them in Mexico (that version is also known as Mexican wedding cookies) or the Philippines and they are often baked in parts of Texas, apparently.

Make ahead and store

You can also freeze the formed unbaked balls. Place them on a tray, freeze until solid, then transfer to freezer bags or containers. They can be frozen for up to 2 months. Bake from frozen and add a few minutes to the baking time.

You can also freeze the dough without forming the balls first. Wrap well in plastic foil/cling film and place in a freezer container.

The baked Spanish cookies can be frozen as well. Let cool completely, but don’t sprinkle them with powdered sugar. Freeze for up to 6 weeks and only sprinkle with sugar after thawing them. 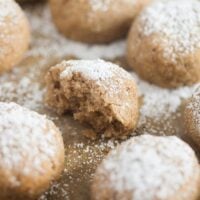 A digital kitchen scale will give you the most precise measure ensuring the best bake possible. The dough can be made up to 3 days ahead. Keep refrigerated in an airtight container. You can also freeze the formed unbaked balls. Place them on a tray, freeze until solid, then transfer to freezer bags or containers. 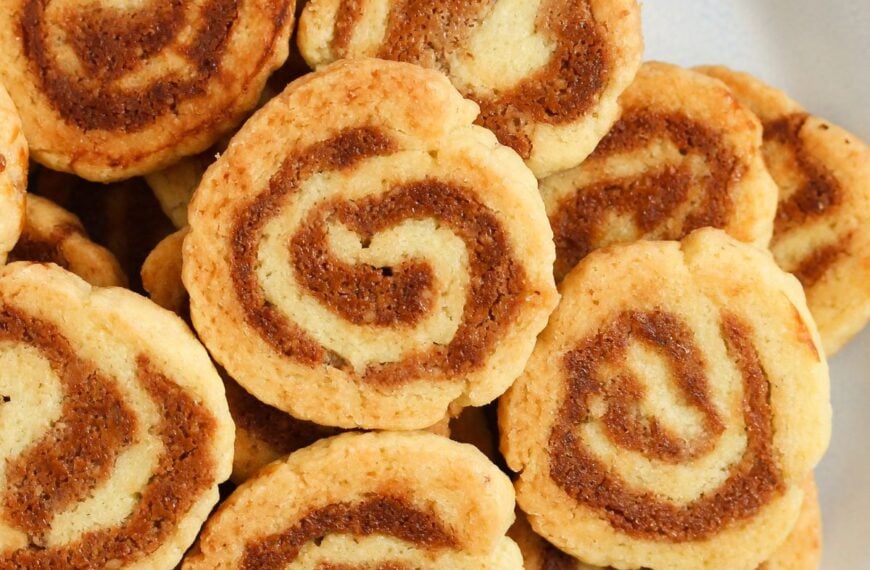 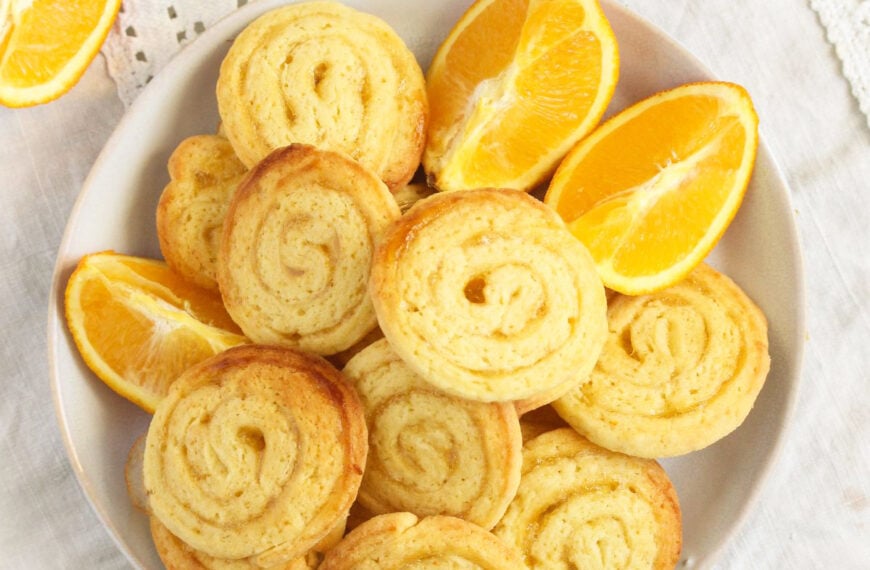 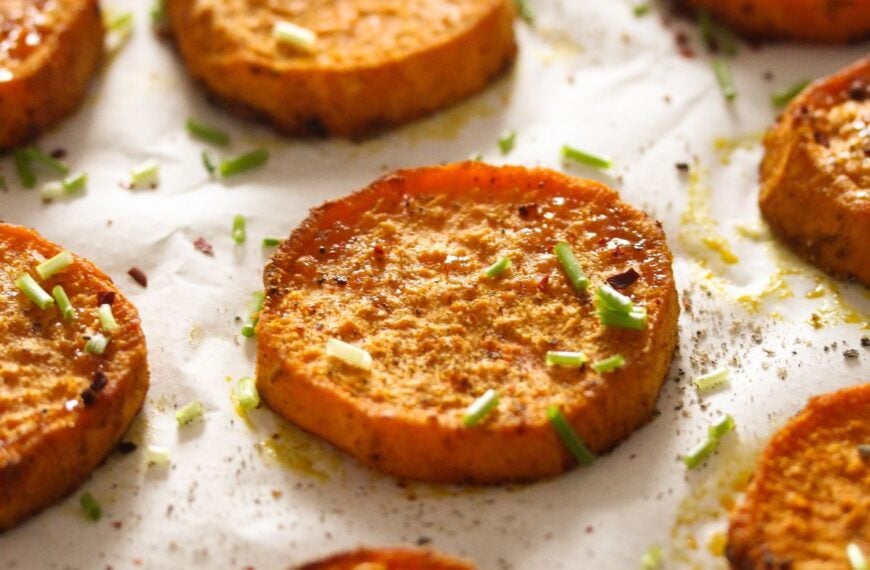