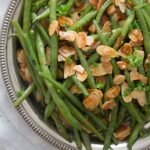 An easy to make side dish: French-style green beans, a simple yet impressive recipe for crunchy, buttery green beans almondine.

These French-style green beans are a perfect example of amazing French cooking, making the most of simple, everyday ingredients. Just add a little butter and some slivered almonds to transform a rather unimpressive vegetable in something really special. 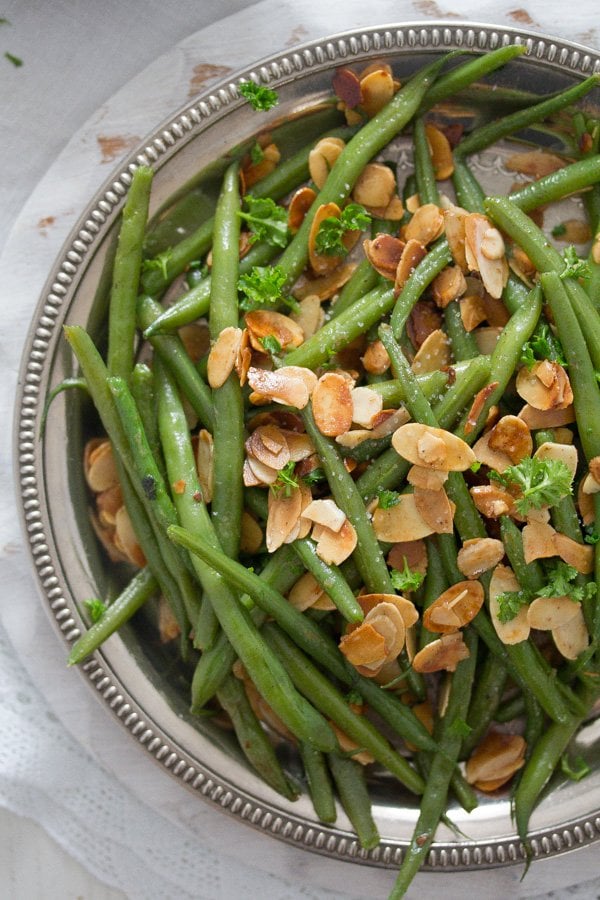 Green beans. Not my vegetable of choice as a child, green beans stew and soup were the worst my grandma ever cooked during those days. I would have rather eaten pig feet in aspic (which is a real Romania dish called piftie or racitura) than anything with green beans.

The only green beans dish I used to like as a child was a green bean in garlic sauce dish. To think about it, that was probably due to the fact that there was so much garlic involved, it kind of managed to annihilate the green bean taste.

Things changed, I love green beans nowadays and funnily enough, my favorite green bean dish is the above mentioned green beans stew, which only contains green beans and tomatoes… Absolutely delicious with mashed potatoes, I can’t believe there was a time I wouldn’t eat it.

And there are so many other wonderful ways with green beans, this green beans almondine recipe for instance. 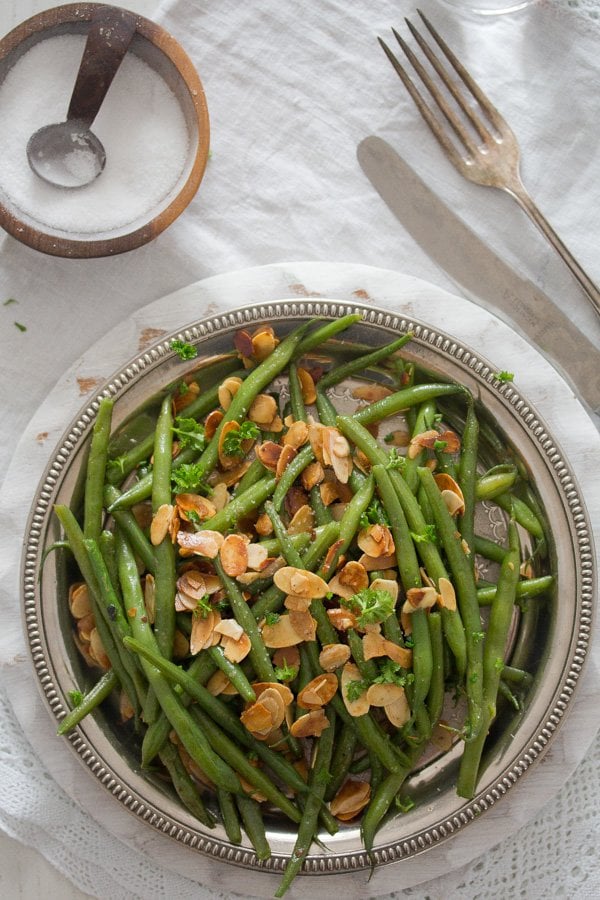 What are green beans almondine?

While researching for this recipe I was kind of surprised to find out that this should be an original French recipe called haricots verts amandine.

You see, I have been sauteing green beans with almonds for years now and I have always assumed this recipe to be a typical German way of cooking green beans. It seems that I was wrong.

So, this is a simple French side dish of sauteed green beans with a garnish of almonds, amandine being the culinary word for garnish with almonds. Not only green beans can be “cooked” amandine, but also fish, asparagus or potatoes.

According to Wikipedia, almondine (which is a bit different from amandine) is just the term used in American cookbooks. 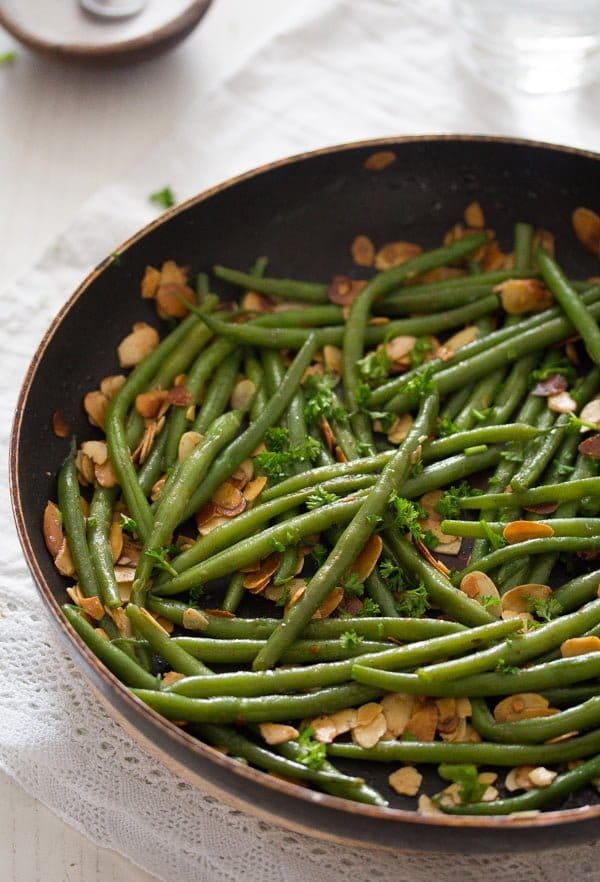 How to trim green beans? 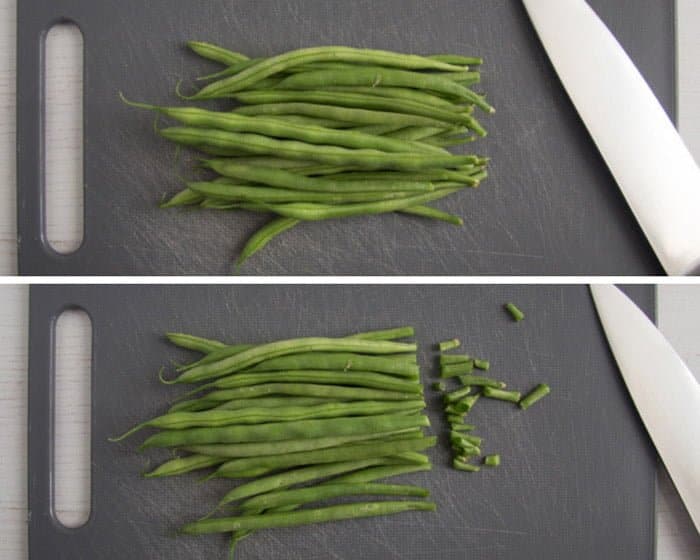 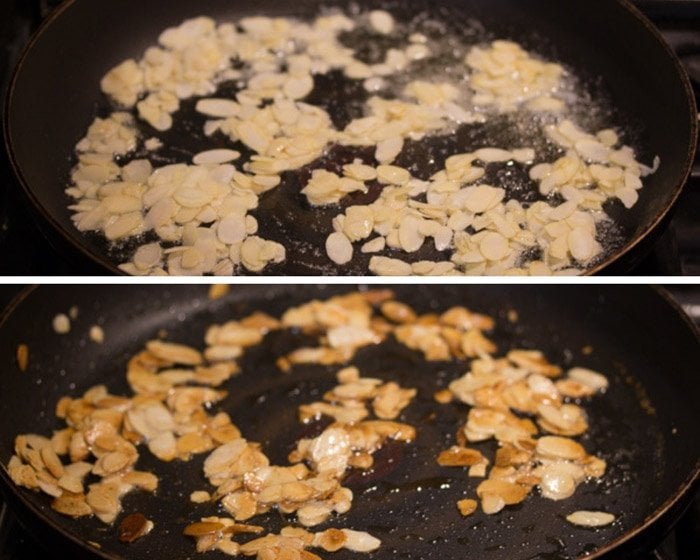 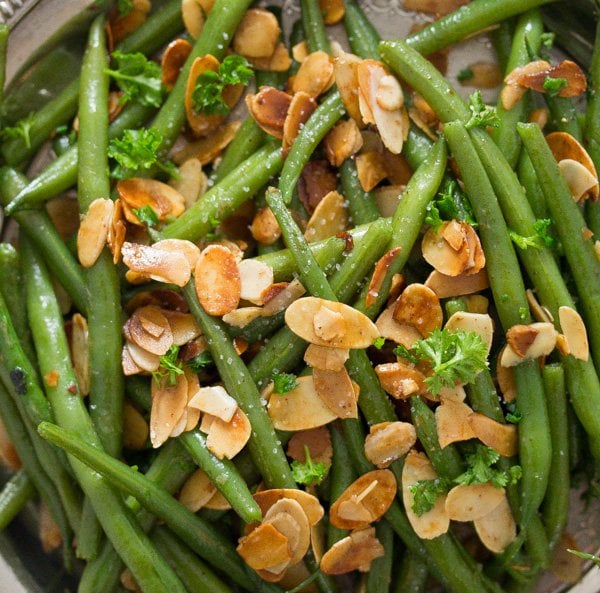 What to serve with French-style green beans :

Turkey Legs in the Oven 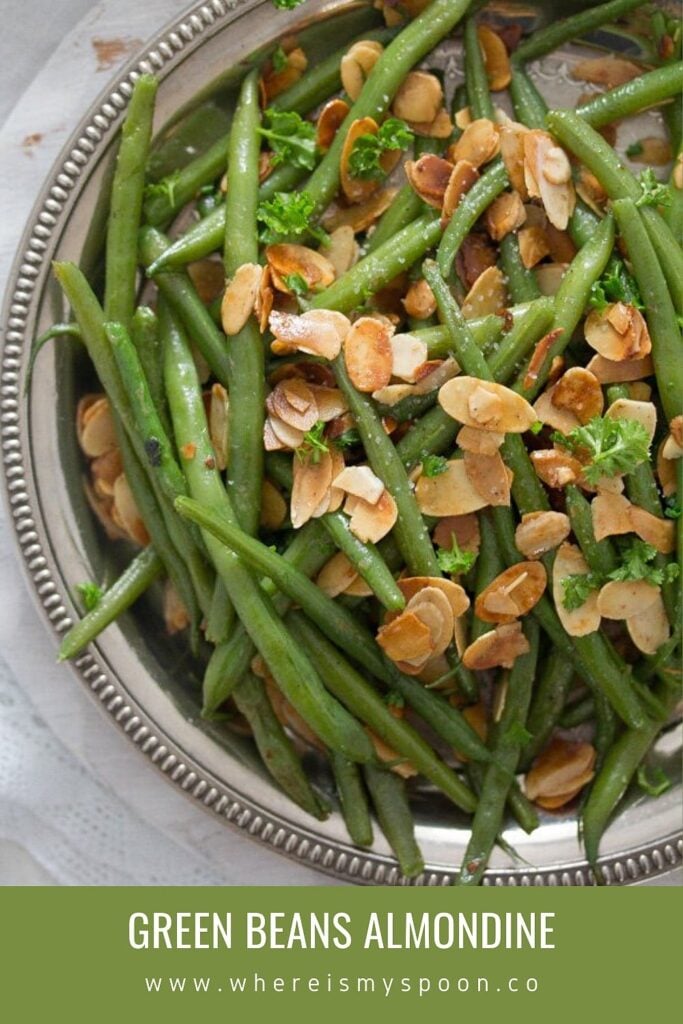 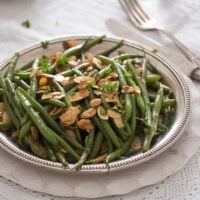 This is a great method for sauteed green beans! I've always wondered about the difference between almondine and amandine. So thank you Adina, mystery solved. This makes a wonderful side dish at Easter with ham. Your photos are gorgeous as always! XO

Adina, I love green beans and this is such a beautiful and delicious way to serve them!

I'm glad you outgrew your hatred of green beans. They are so good in so many ways. I love this simple, flavorful, and delicious version! ?