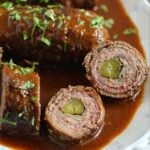 How to make roulades?

Beef roulades are a typical German Sunday or festive main dish, I would say. Pretty large and very thin pieces of beef, smeared with mustard and filled with onions, bacon and a little gherkin or pickled cucumber. 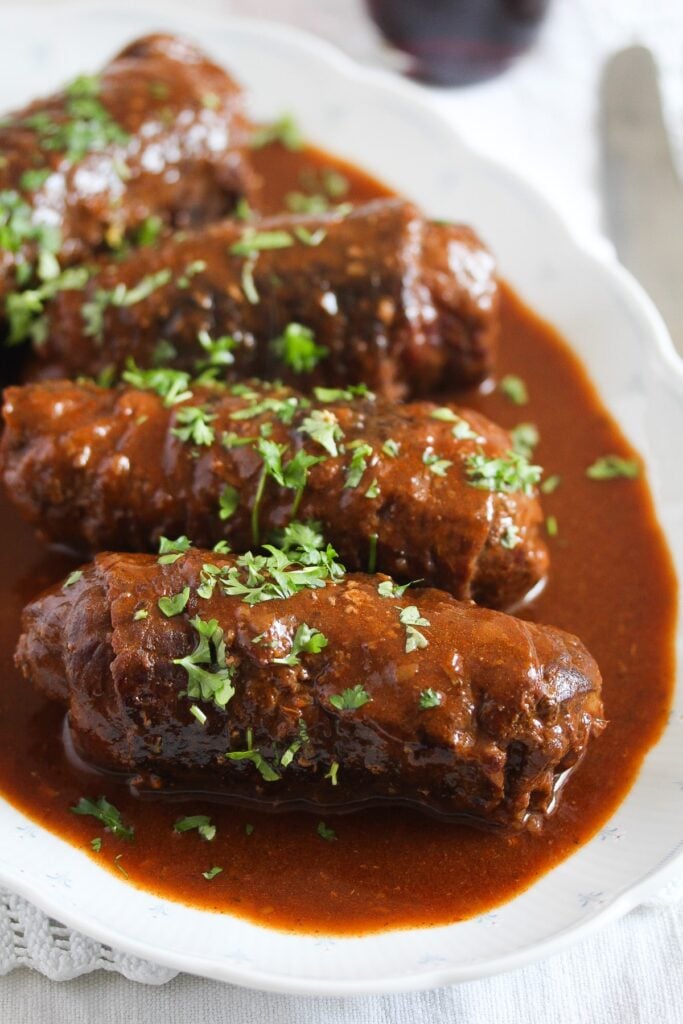 Everything simmered in a delicious sauce and served with mashed potatoes and vegetables of choice. For me, there can be hardly any dish more German than that (well, maybe Sauerbraten).

I had these for the first time at my mother-in-law’s place and it took me years until I finally decided to make my own roulades. I’ve always thought it would be too much hassle with rolling and cooking the roulades, but once I’ve finally cooked them, I realized that it wasn’t that complicated at all.

Really, you can buy already cut roulades at the butcher’s, all you have to do is to fill and roll them and that really isn’t a big deal.

So if you want to impress your family or friends with some real German cooking, this is the dish for you. Everybody will love the beef roulades and they will think you are an amazing cook, not only because the food tastes so good, but also because the roulades look like so much hard work. Only you will know, how easy it is to make them. 🙂 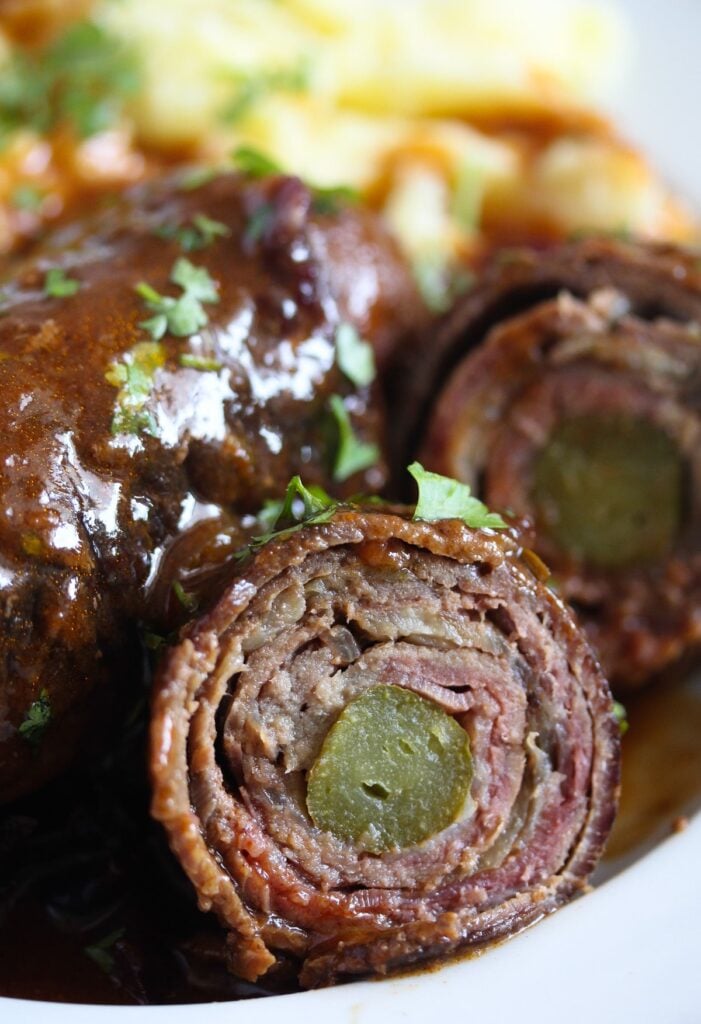 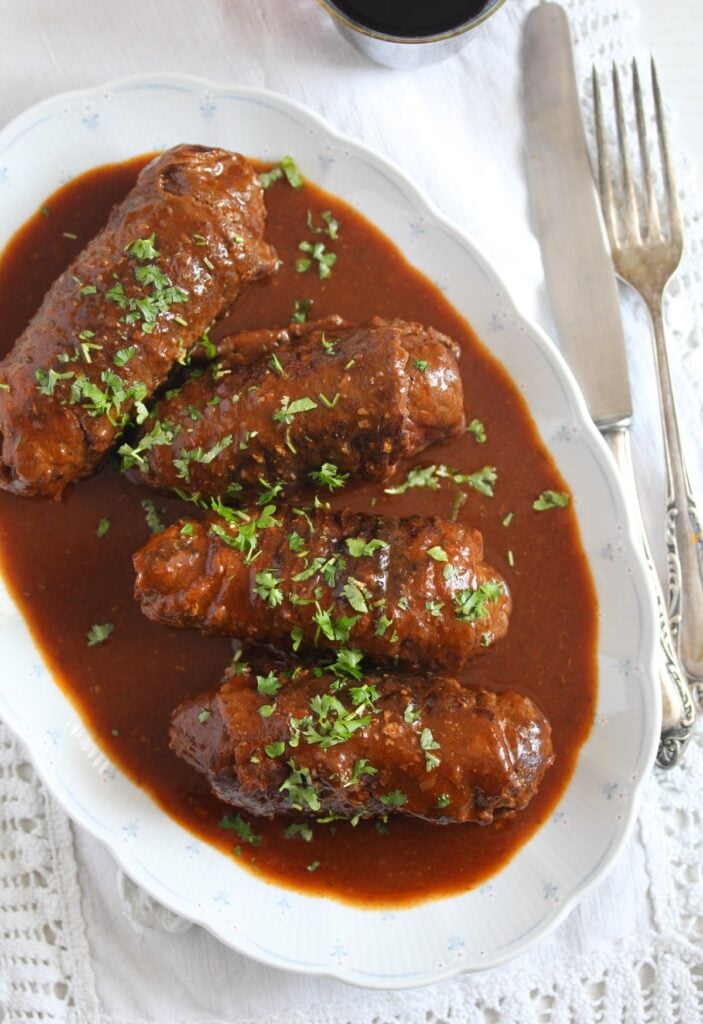 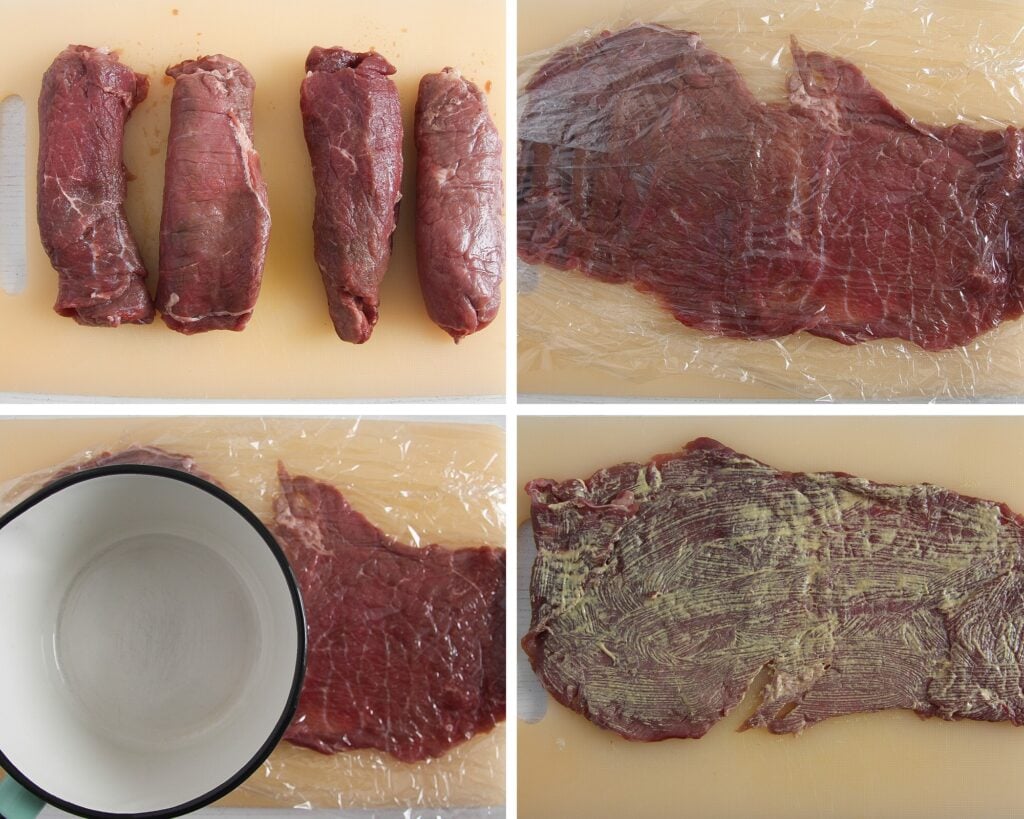 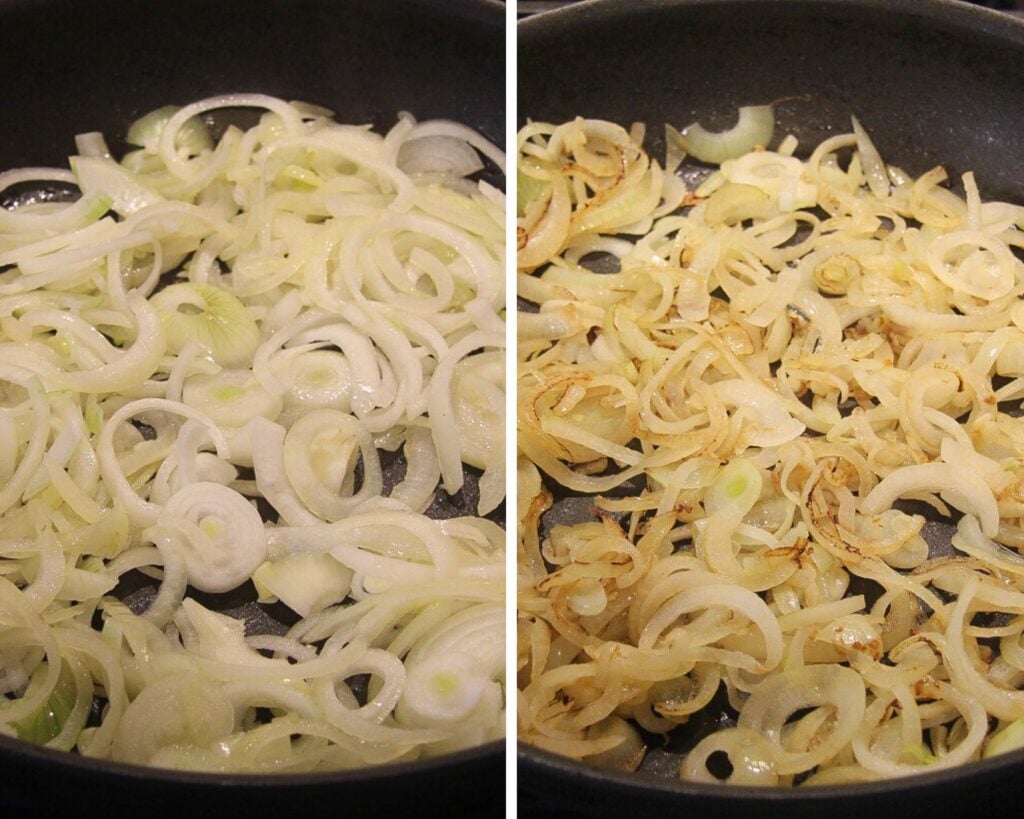 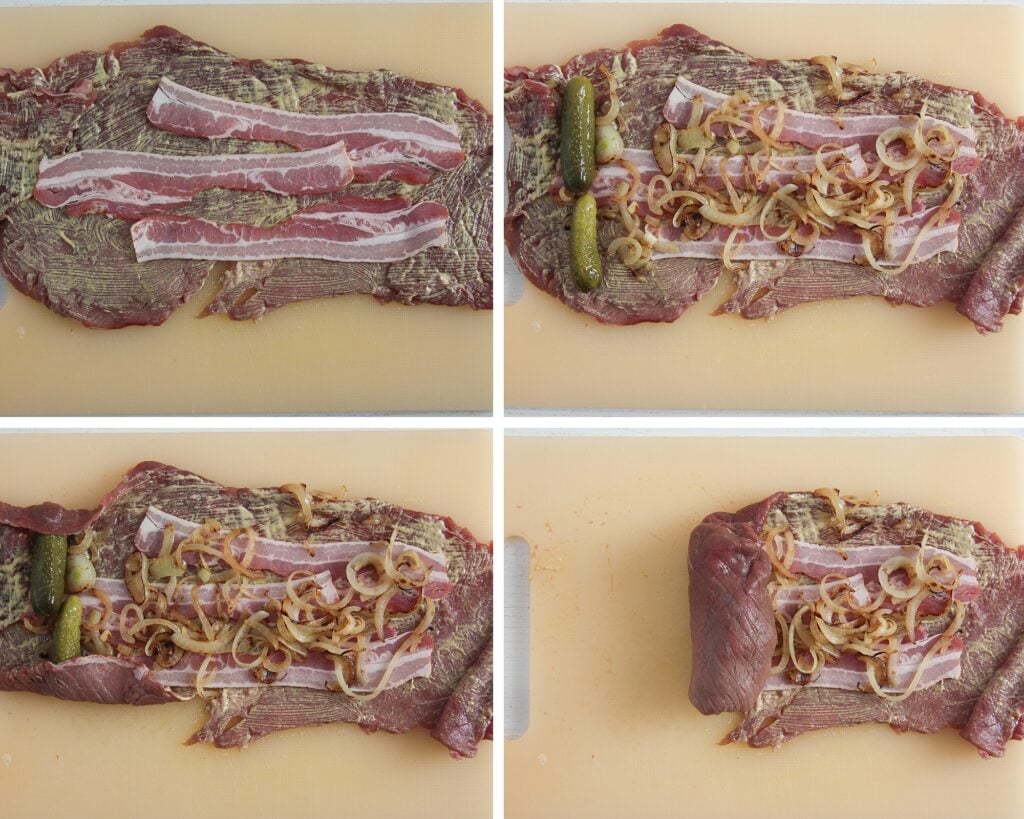 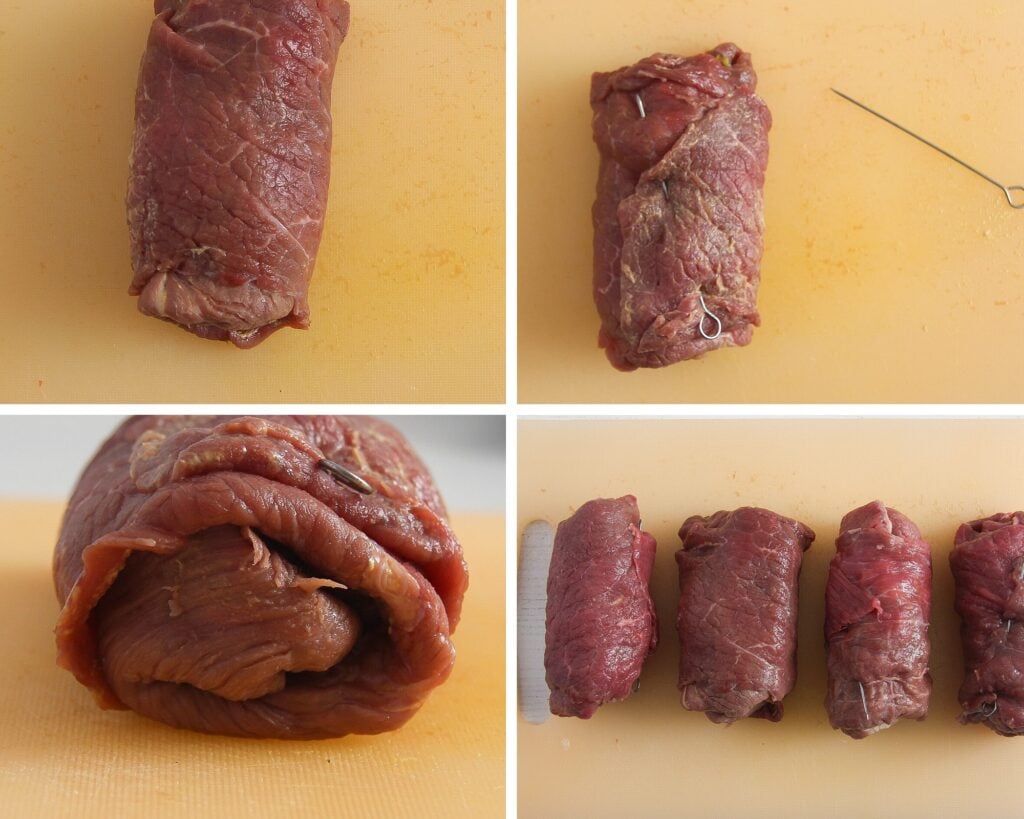 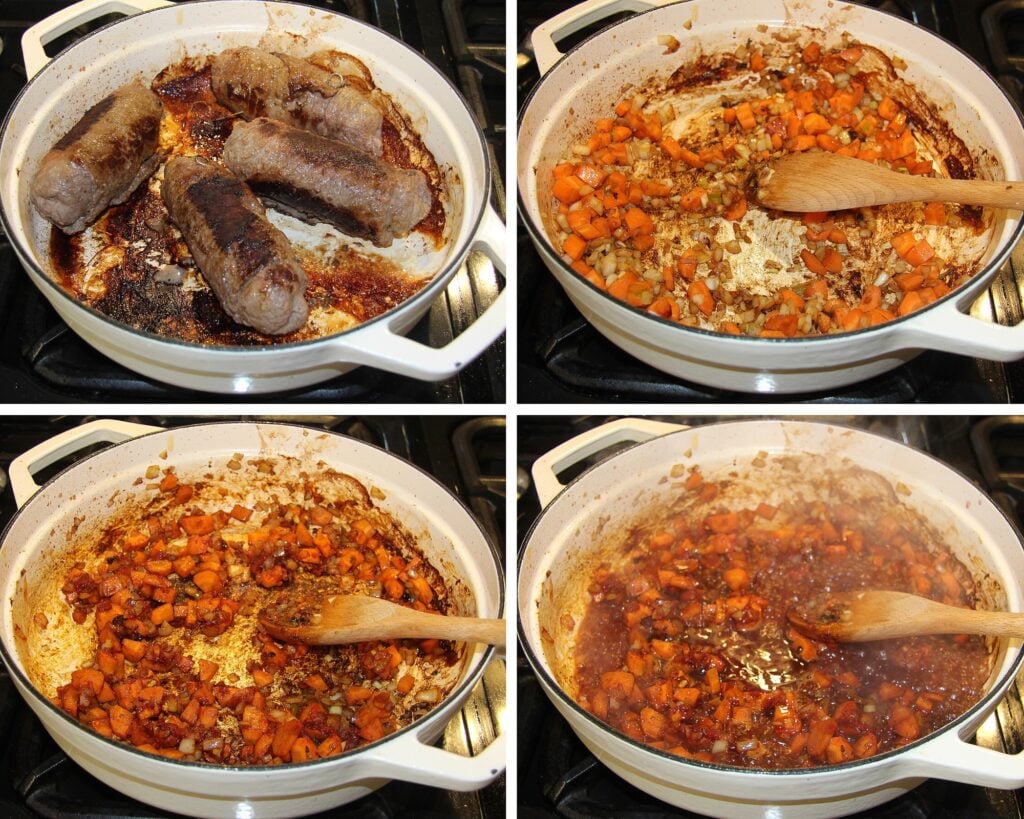 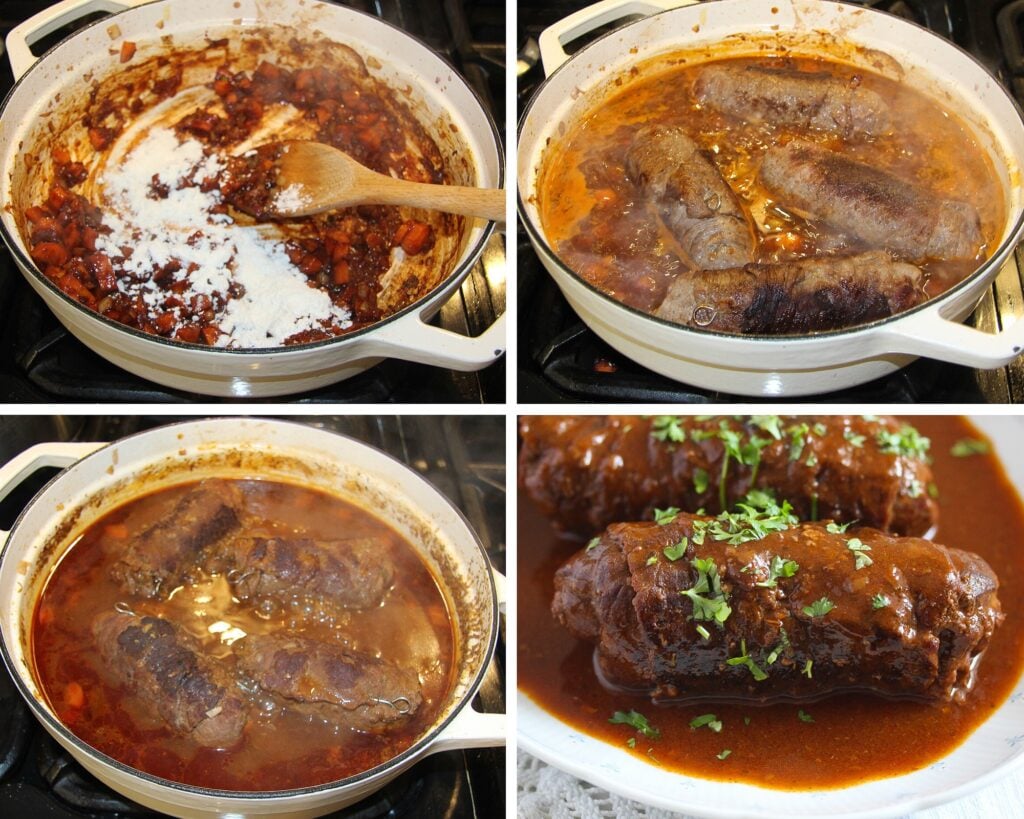 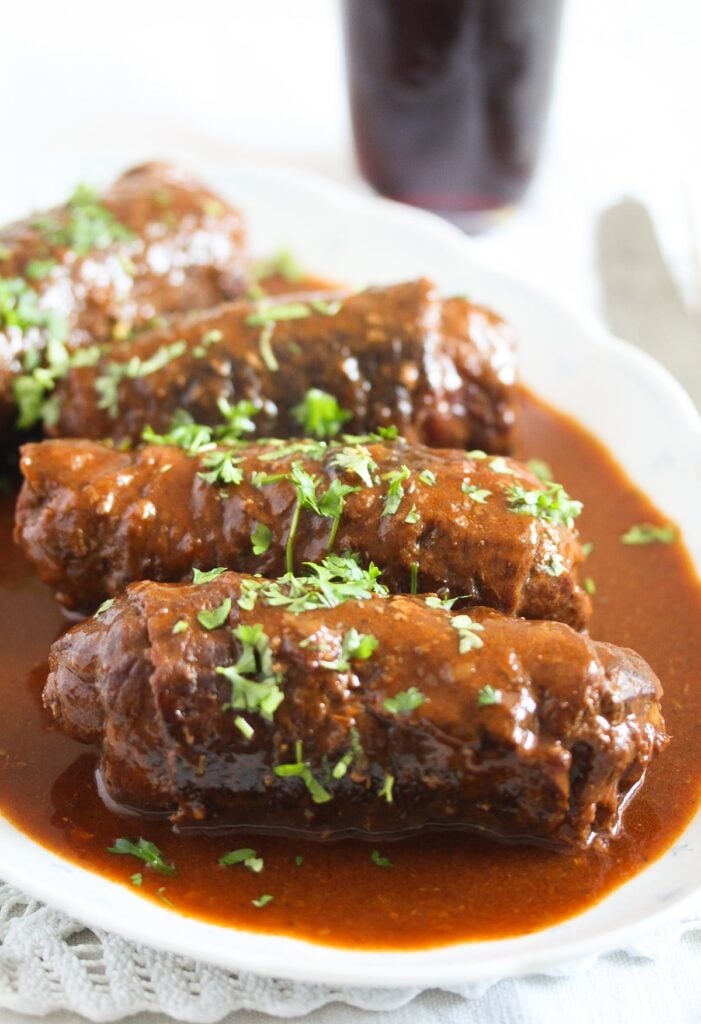 Cheese and Leek Soup with Ground Meat – A popular thick and savory soup everybody loves. Best served with sourdough bread.

Or have a look at the category about German main courses. 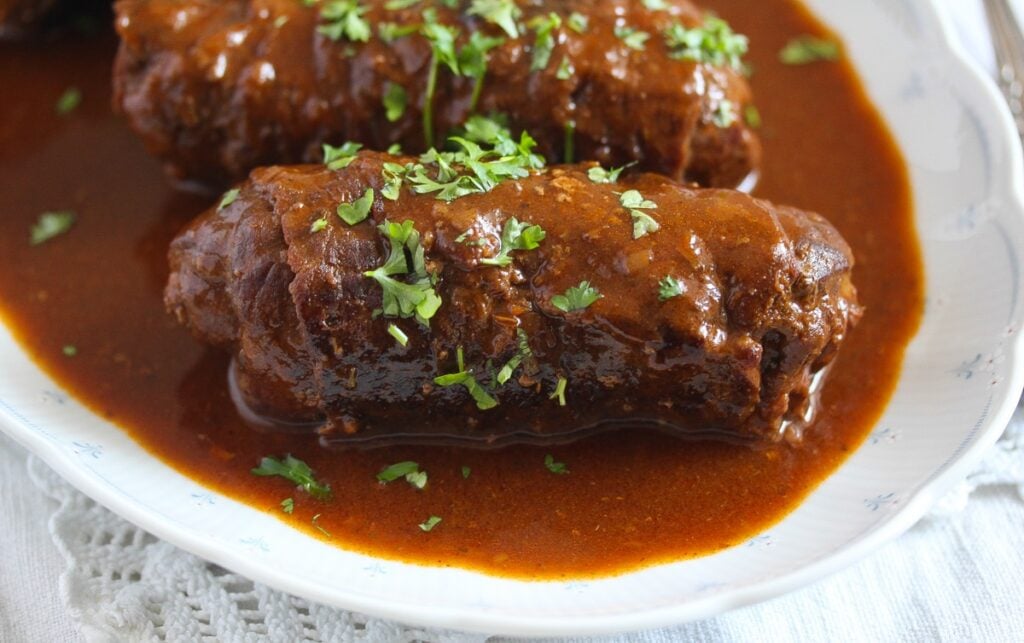 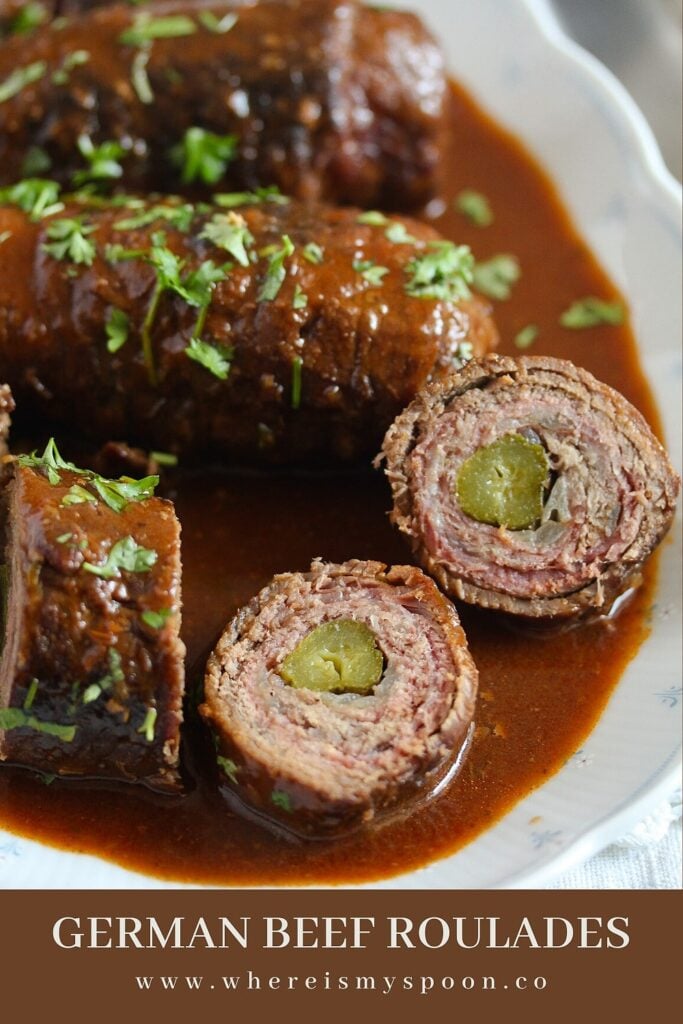 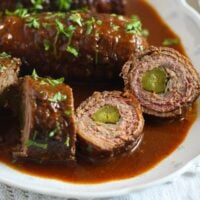 My parents were German born and immigrated to the US in the 1930's. My mom made this since I was a child, which was long ago. Two things that are different about your recipe and hers is that she NEVER put pickles in it, I don't know why, and didn't cook the onions. I still make them her way, although I use the slow cooker instead of the stovetop, except to brown them. It is definitely a family favorite. I will try it with cooked onions, and see how we like that, but we are not big pickle fans, so I will still leave those out. I also find carne asada cuts are just the right thickness, sometimes a little short.

Hi Barbara. Making them in the slow cooker sounds good, I will try it sometime. The pickles are nice, they add crunch and more flavor; they are quite typical here, but, of course, you can always leave them.

This is the perfect Rouladen recipe.. this was our traditional Christmas dinner..instead of toothpicks my grandmother used butchers twine to wrap the Rouladen , which is easy to do and keeps the wraps nice and tight when cooking .

This recipe turned out really great! It did take two of us to assemble and excute but worth the time. My husband had never tasted this but my mom used to make for us. Very tasty. Wanted to post a picture but I do not see an option?

Hi. I am so happy to hear it! Sorry, I don't have an option for pictures. Thank you for the feedback!

Thank you, Maria. If you cannot find, toothpicks should be fine as well.

Hi Adina, I am wondering how this would work with chicken instead of beef? Thank you!

Hi Valentina. I've never cooked this with chicken. I can only say that chicken would need much less cooking time and therefore also less cooking liquid. It will also taste differently, quite another recipe. Let me know if you try it.