A vanilla sauce recipe – German style, easy and quick to make, perfect to serve with any dessert, either bread pudding or something similar, but also perfect for strudels, crumbles, cobblers, crumble pies or cakes.

Or just as it is, if you ask my daughter and my husband, they don’t need anything else when it comes to enjoying homemade vanilla sauce. 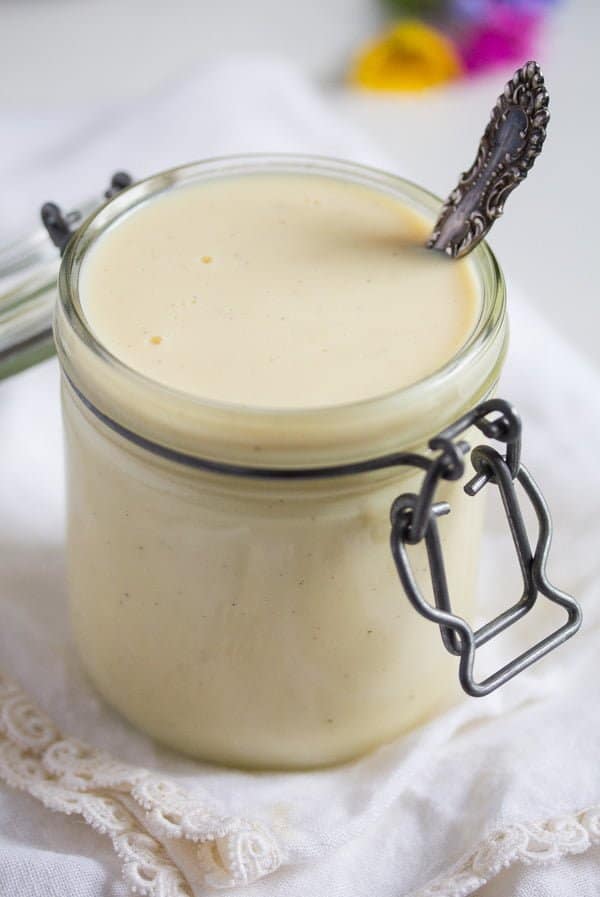 The German vanilla sauce is a thin sweet sauce made preferably with the seeds of a vanilla bean. If vanilla beans are unavailable (or just too expensive), you can use pure vanilla extract or vanilla sugar with ground vanilla bean instead.

Vanillasoße or vanilla sauce has a light pouring consistency, similar to a custard, but runnier. It is made only with eggs, milk, a little sugar and vanilla and it is usually thickened with cornstarch.

The main difference between the German vanilla sauce and a custard is the consistency, vanilla custard is much thicker and it often uses butter or heavy cream to make it creamier and richer.

Of course, this is just a very basic way of understanding the differece between the three kinds of vanilla desserts, there is much more to it, especially when it comes to different kinds of custards.

Both custard and vanilla pudding are usually sweeter than the vanilla sauce. 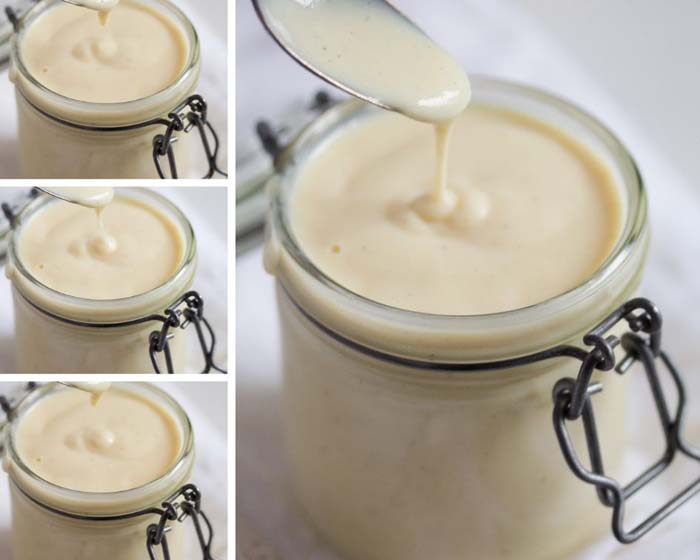 To make it easier for me, I always think of three degrees of a “pudding”. The runnier one is the vanilla sauce, perfect to pour on top of desserts or fruit compote.

Then comes the vanilla pudding, which can be used the same way when served hot or warm and which makes a nice dessert on it own (with fruit sauce poured on top, if you wish) when served cold and set.

And then comes the custard, which is thick and luxurious and mostly served as it is when baked like in a crème brulee, for instance. Or, when stirred on a stove-top, it can be layered with other ingredients in a bowl to make some really decadent and delicious dessert like this traditional English trifle. 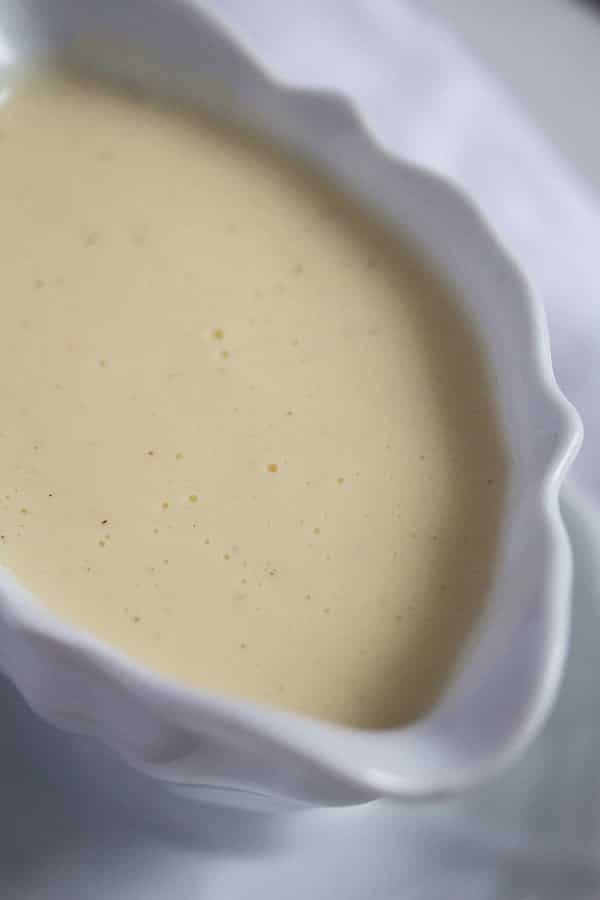 To make a good, traditional German vanilla sauce, you only need a few ingredients. 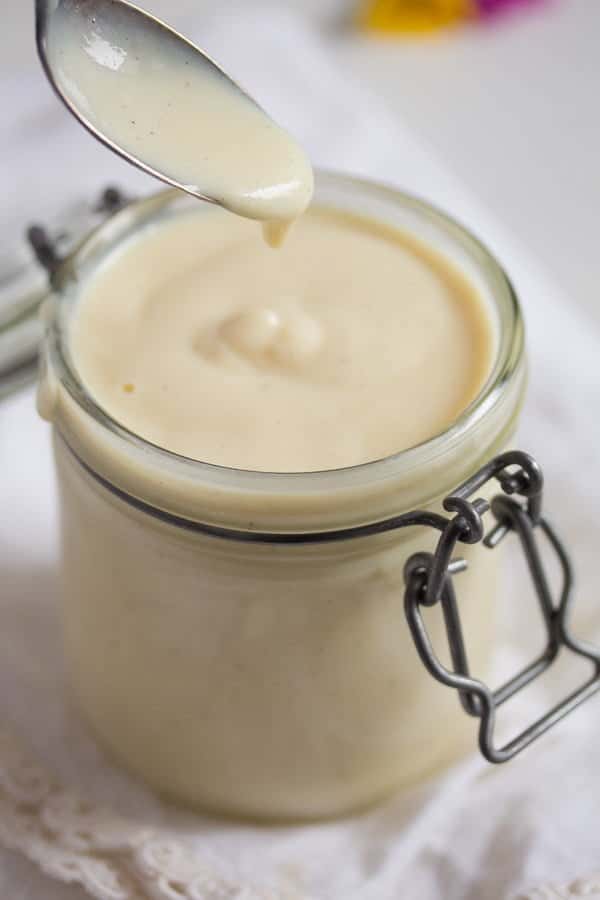 Then you will also need an egg, full-fat milk and some cornstarch for the vanilla sauce. 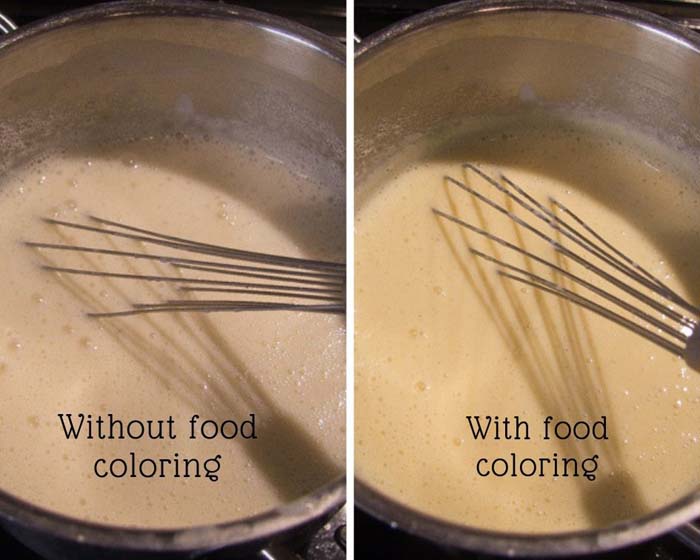 HOW TO MAKE VANILLA SAUCE 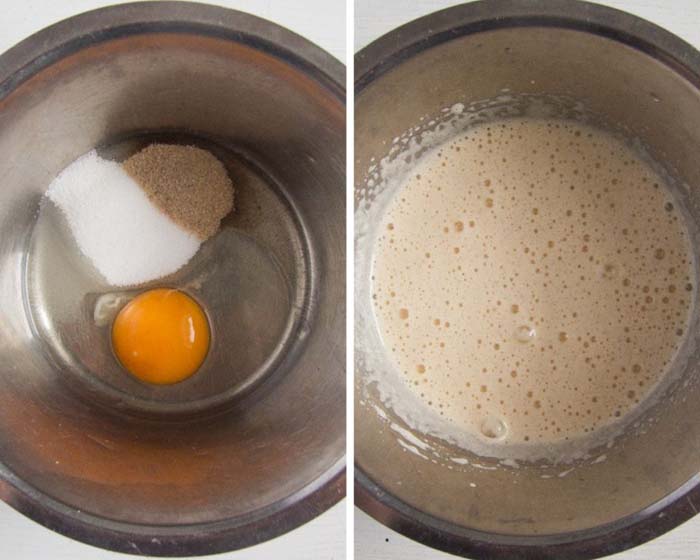 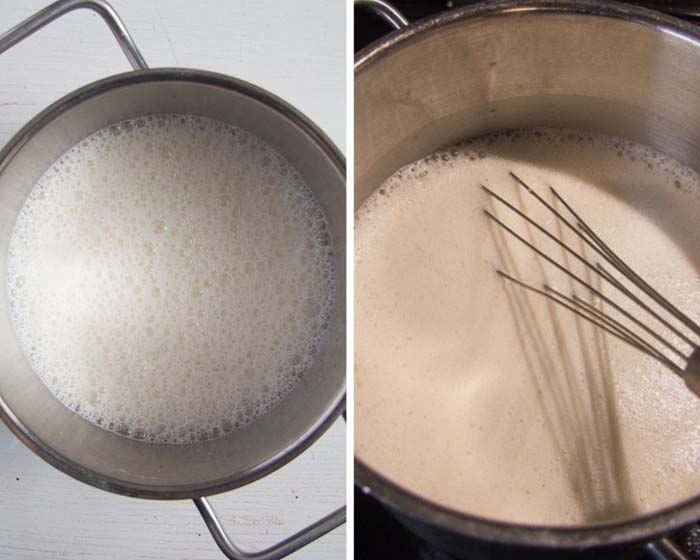 WHAT TO DO WITH LEFTOVER VANILLA PODS

If you are using a vanilla pod, don’t discard the pods after scraping out the seeds.

How to make vanilla sugar:

How to make vanilla extract: 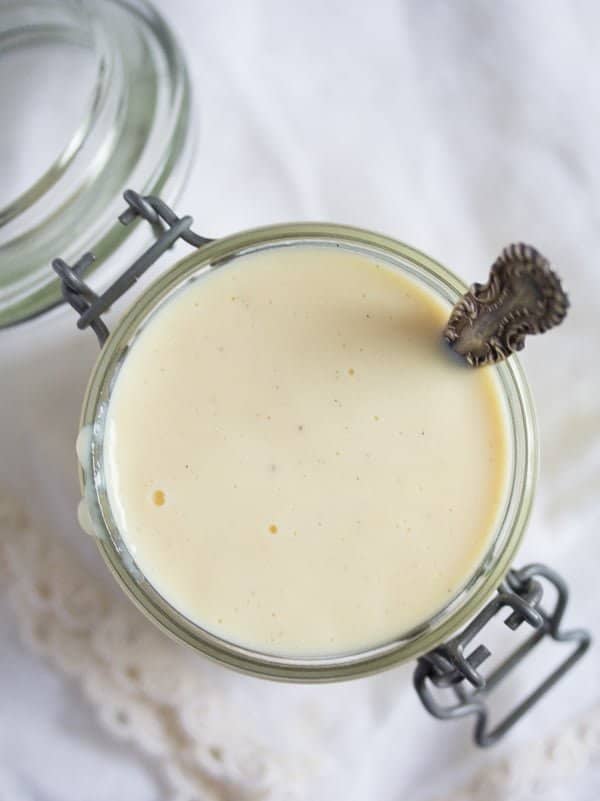 HOW TO SERVE VANILLA SAUCE

Vanilla sauce can also be easily reheated. Heat it gently in a small pan, while stirring continously and adding a small splash of milk to make it slightly saucier again.

Vanilla sauce keeps well in the fridge for a couple of days, keep it in a closed jar and whisk it well or heat it gently before serving.

I always make this vanilla sauce to serve with the German Kirschmichel.

But here are some more ideas of desserts that go perfectly well with some vanilla sauce on top: 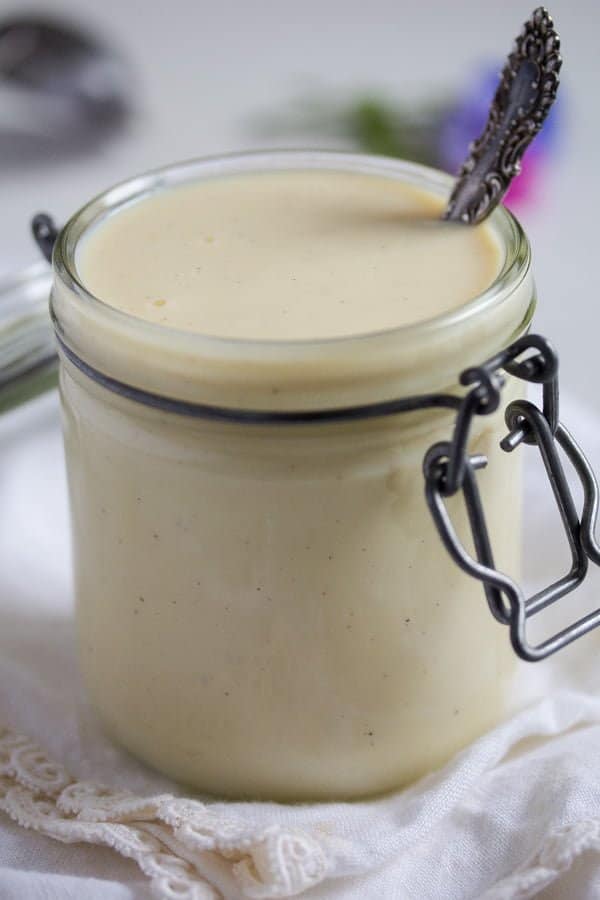 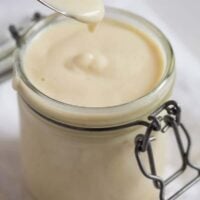 Do you think This could be spread over a vanilla cake and topped with buttercream and frost as usual?

Hi. No, it's not suitable for fillings, it's too runny.

Hi. Can this be frozen?

No, I don't think that will work well, Tapita.

Adina, this vanilla sauce looks so delicious! It's so perfect for serving with sweets. It would make a wonderful replacement for ice cream or whipped cream. Or I'd probably eat most of it right off of the spoon!