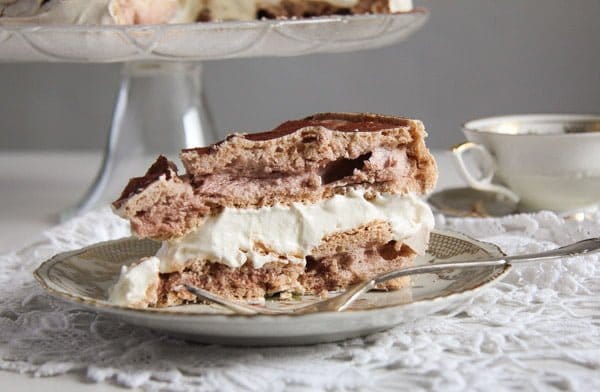 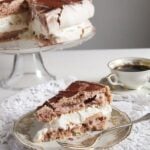 Glorious and decadent Polish cake with layers of meringue and mascarpone – Tort bezowy, this is one of the best cakes I have ever had! 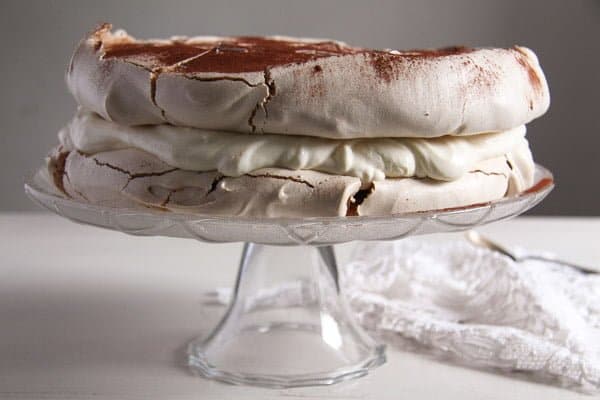 A meringue cake is a beautiful and delicious thing. I have made many of them, cakes like the rhubarb meringue pie, the stacked pavlova with raspberries or the German cheesecake. Any many others!

Meringue is overly sweet, yet somehow so comforting and satisfying, that I can hardly imagine anyone not loving it, at least I don’t know anybody who doesn’t like meringue.

Although I think I have rarely sat with anyone eating a cake made with meringue, who did not feel “obligated” to tell me that meringue is actually way too sweet for them, yet the particular cake we were just eating was so great! 🙂 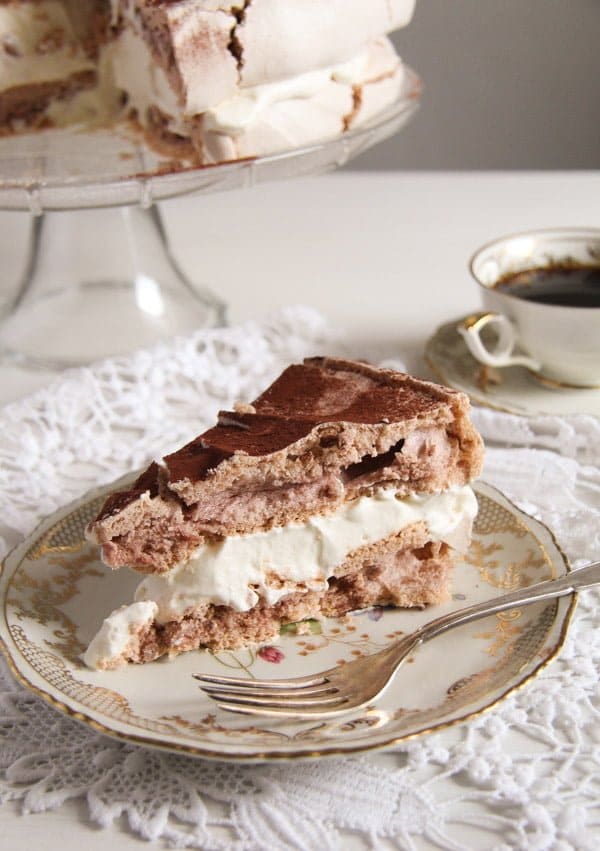 This particular meringue cake is a Polish cake, a very well-know one (in Poland), called Tort Bezowy. To tell you the truth, one of the best cakes I have ever had!

We had it for the first time on the first day of our holiday in Poland in a little cafe in the little town we were staying. For breakfast!

We had just arrived and we were rather hungry. So we entered this little cafe thinking about coffee and some rolls or something. Well, the kids spotted the gofry or waffles and had that for breakfast and I spotted this huge and amazing looking meringue cake or bezowy tart. Great breakfast, isn’t it?

I wrote down the name of the cake and as soon as we got back to the hotel I started looking for a recipe. Well, I was not very lucky there, I could not find one recipe in English, Romanian or German that would look anything like the cake I had just eaten.

A Polish friend helped me with the translation of some Polish recipes for the bezowy cake, so I knew that the main ingredients for the filling were mascarpone and smetana (or a stiffer crème fraiche, if you cannot find smetana).

I added some rose water because I love the Polish rose petal jam and it was a perfect fit, I must say, that light rose flavor compliments so well the sweetness and crispiness of the meringue and the freshness and creaminess of the filling! The perfect cake, I am telling you! 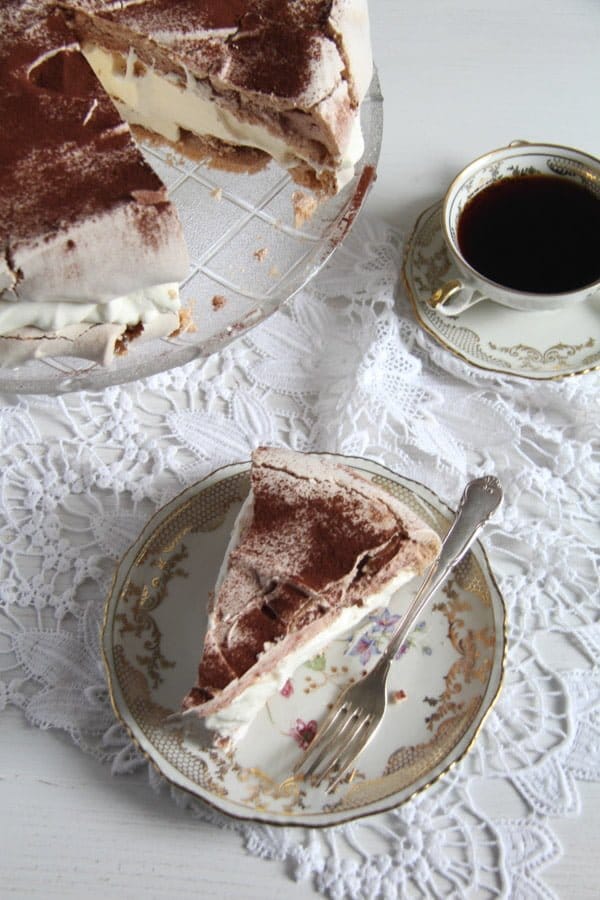 HOW TO MAKE MERINGUE? 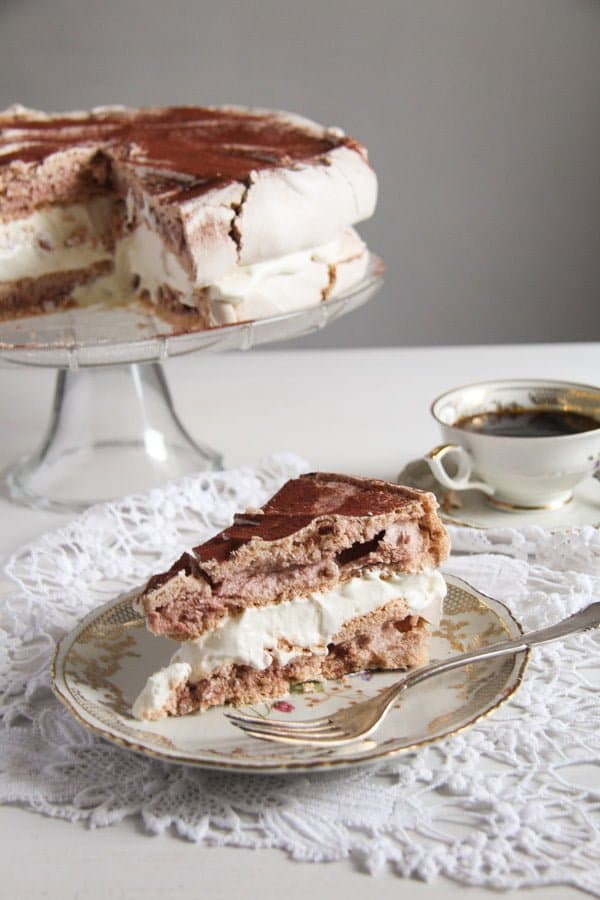 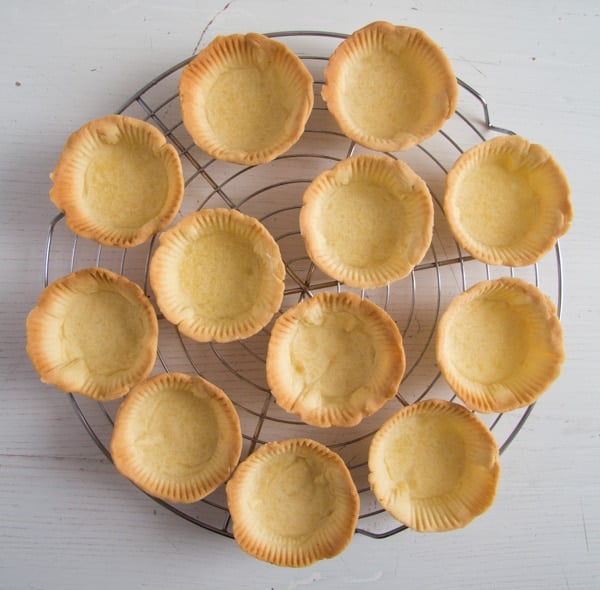 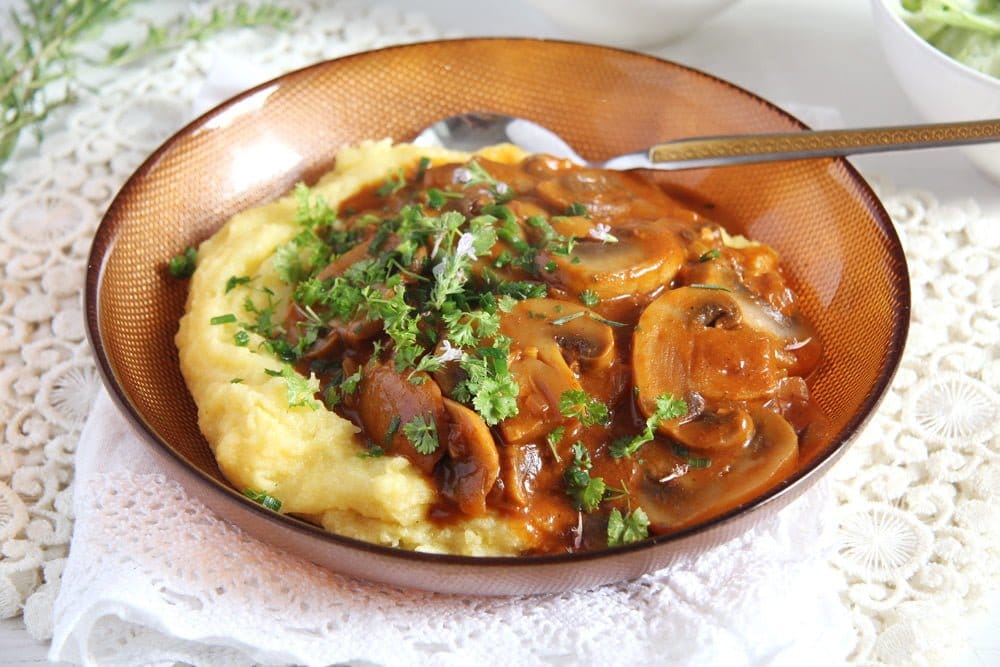 Hi, Adina, you made mistake in the recipe. You wrote: "Place the baking trays in the oven and IMMEDIATELY turn down the heat to 180 degrees Celsius/ 360 degrees Fahrenheit. ", but you should wrote the temperature 150 degrees by Celcius/ 300 degrees by Farenheit.

Thank you. Changed that.

i don't make a lot of meringue desserts, but they sure are elegant and pretty! love the filling in this one!

I always wanted to try a meringue cake. Now I have no excuse. :) This needs to be tried out. Great job, Adina :)

You should try it, Felicia. It was so good, I had to make it twice over the Christmas time. :)

It looks amazing. I have to admit, I'm one of those people that say it would be too sweet for them, I mean it though. I only eat dark chocolate as even milk chocolate is a bit too sweet. But I do like the look of it.

I will make it for you when you come to visit, Anca. :) I think you will love it despite it being it so sweet. Well, the filling is quite refreshing and not very sweet, so the cake is quite balanced.

Oh gosh, meringue is my absolute favorite! Light and decadent all at the same time. Love the look of this cake, Adina!