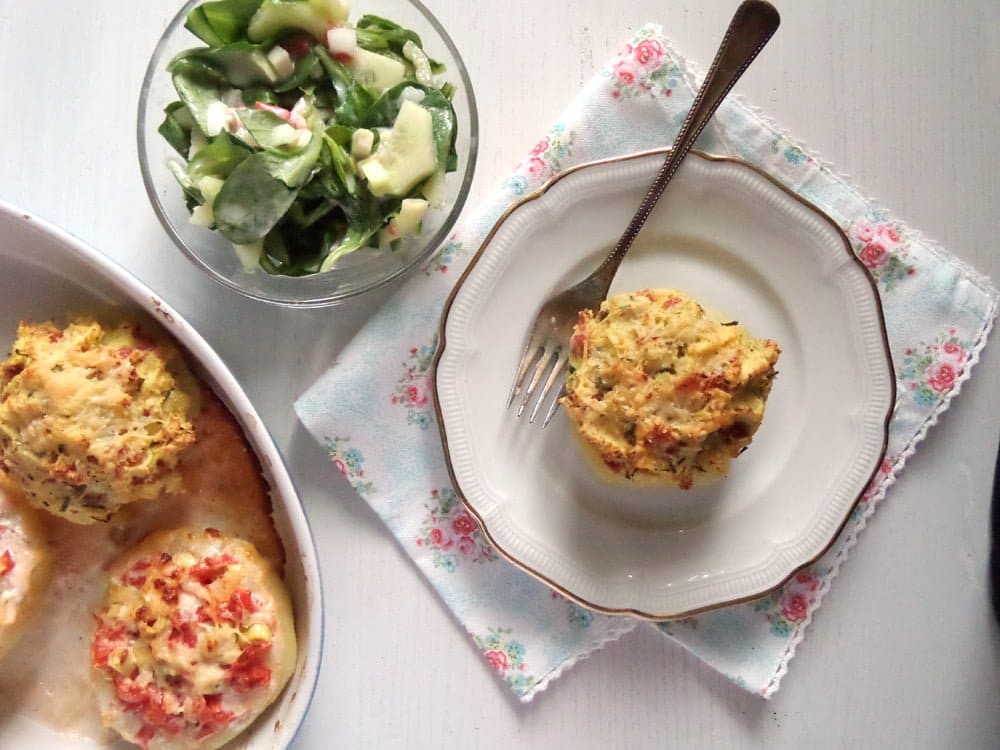 I heard it on the radio once that there is no other country in the world growing and eating as much kohlrabi as Germany. Could be the reason why the German name is also used in English. I believe this to be true, I lived in four countries until now and nowhere have I seen as much kohlrabi as here. You can buy it anywhere, anytime, it is growing in every vegetable garden you see, you can get it in green or in violet and there are lots and lots of recipes starring kohlrabi.

I think it is time that kohlrabi conquered the rest of the world, it is really a wonderful vegetable. When eaten raw (my favorite way of eating it) it is sweet and very crunchy and fresh, a bit like radish but milder and very much sweeter, a mixture between radish and cabbage, I would say.

When cooked the taste becomes more delicate, the freshness of kohlrabi is replaced by a wonderful tenderness, the sweetness remains but more subtle, gentler. I think cooked kohlrabi needs to be paired with stronger flavors, otherwise the finished dish might be too delicate, maybe quite a bit bland. 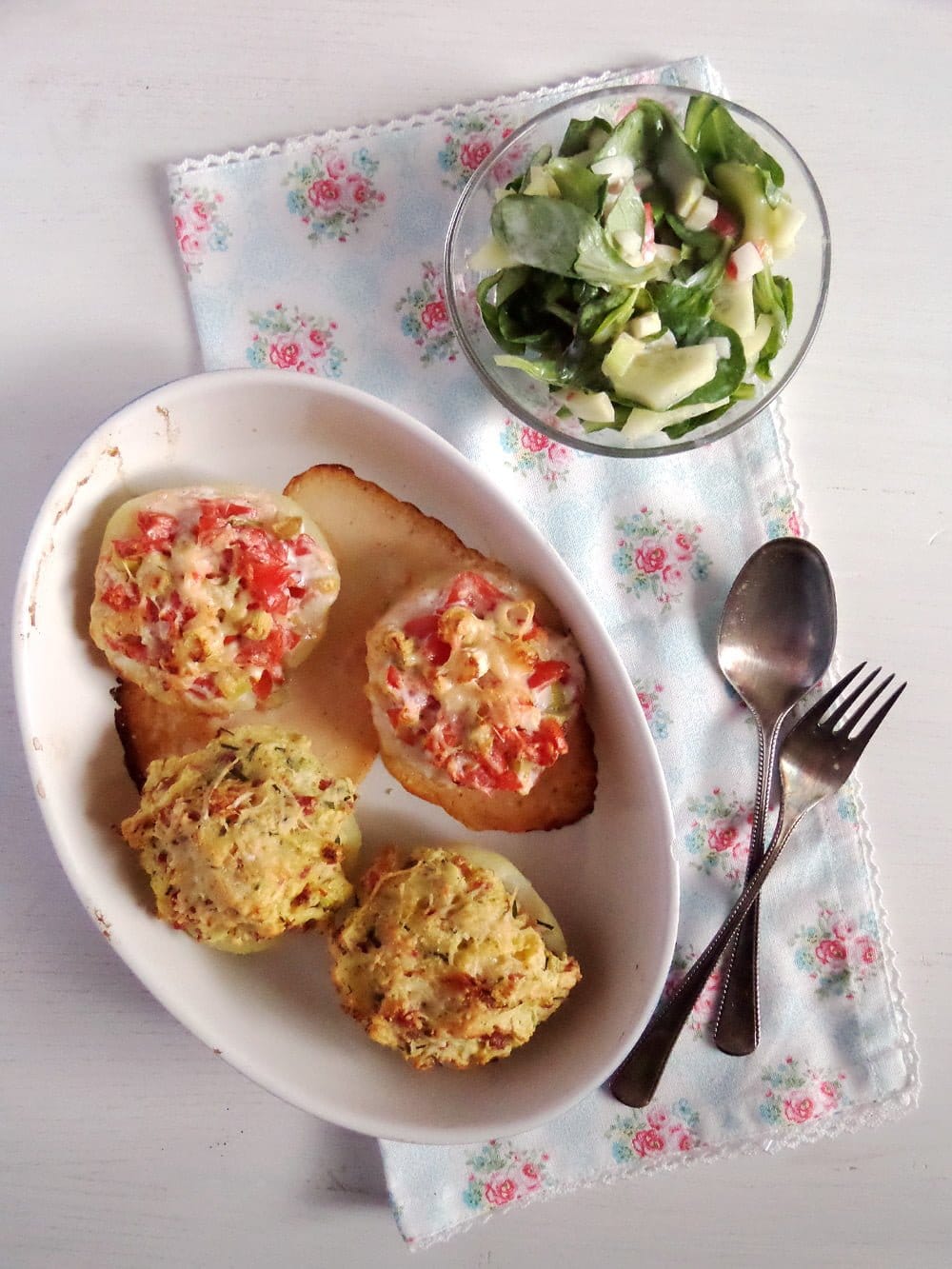 These recipes do pair kohlrabi with stronger flavors. The first option gets its taste from the salty, savory bacon, the second from the onions, crème fraiche and goat’s cream cheese. I liked it both ways, but the first version does have a special place in my heart, it is such a nice, tasty way of using leftover mashed potatoes. I always seem to have leftover mashed potatoes (or rice), I never seem to manage to find the right portion size. It rarely happens with noodles though… weird.

You will have to cook the kohlrabies in vegetable broth prior to stuffing and baking them. When tender, you will have to scoop out some of the flesh to make place for the stuffing. Do not throw away the vegetable broth and the scooped out kohlrabi flesh. You can add some more kohlrabi or/ and other vegetables to the broth the next day and make a wonderful soup. And if your kohlrabi happens to still have some nice looking leaves attached to it when you buy it, keep the leaves and throw them in this soup as well.

You can choose only one of the stuffings if you wish. In this case double the quantities for the chosen stuffing. 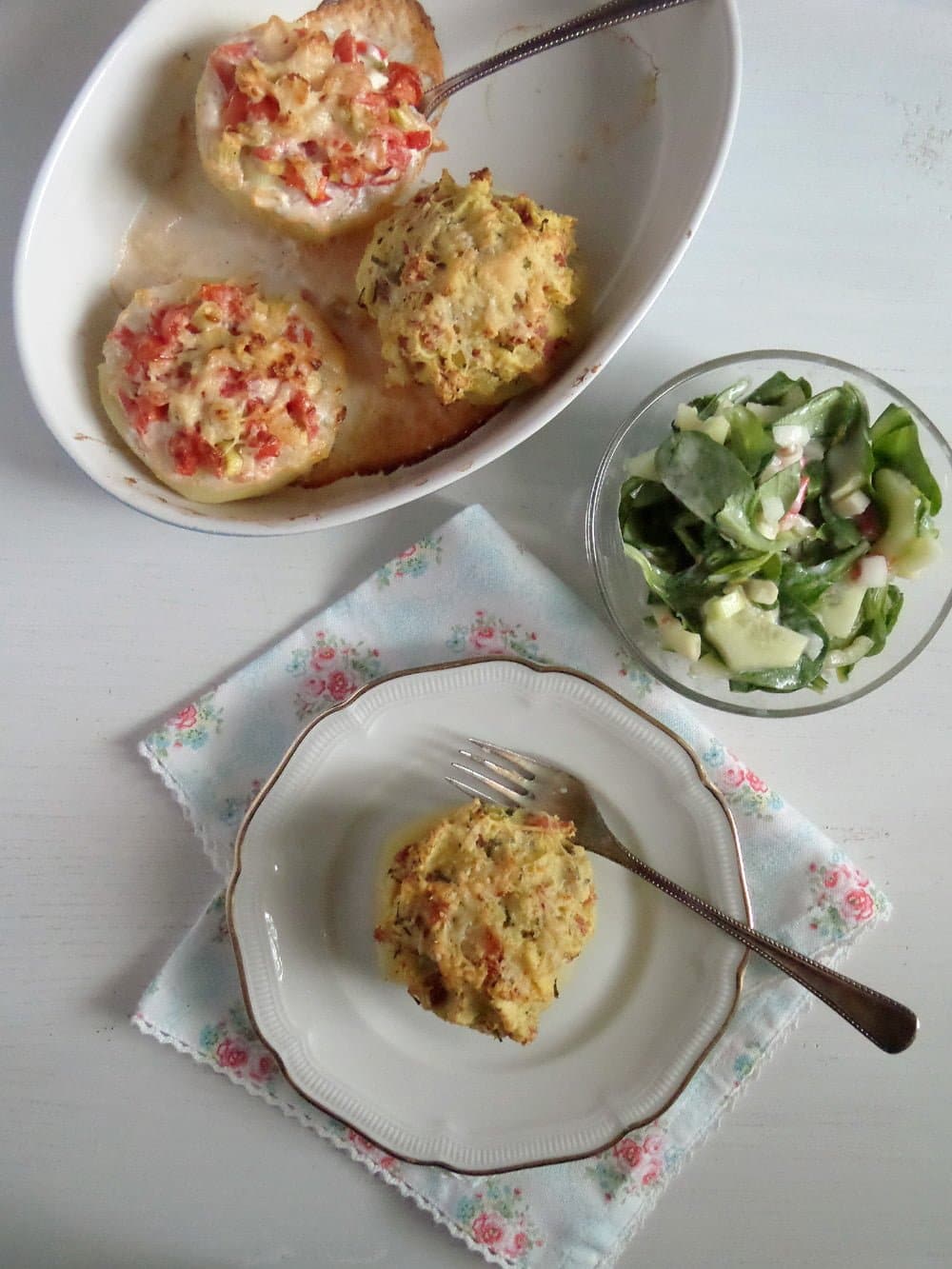 Happy Sunday Adina! I just found your blog, but I think that it’s wonderful and your recipes are fresh and celebratory of the seasonal produce! This is an awesome recipe and one I cannot wait to try – it looks and sounds so delicious! Kohlrabi is such a cool and versatile vegetable!

Thank you, Danielle, I am happy to hear this. Kohlrabi is indeed cool and there is so much one can cook with it. 🙂