A different way of serving turkey these holidays: turkey roulades stuffed with cheese and vegetables in a delicious sauce. 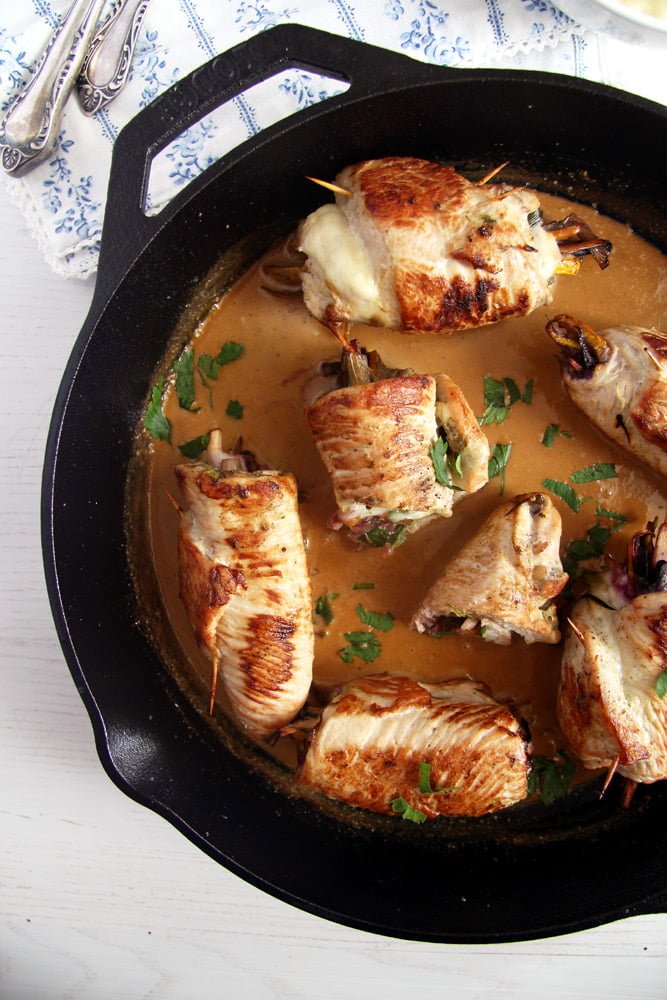 Small and tender turkey roulades with an amazing sauce, cooked in a cast iron skillet, a light and easy to make holiday meal.

So, in preparation for Thanksgiving or Christmas I decided to have a small series of turkey recipes here on the blog. We all love turkey in our family and that is why cooking (and eating) for this series has been particularly enjoyable for all of us.

We are lucky enough to be able to buy our turkey here in the village from a farm raising turkeys, chickens and geese and I always think that the farm turkeys taste better than the turkey I buy when we run out of the farm poultry.

The turkeys we get to buy here are huge, so large that they could never fit in our freezer or in the oven in one piece. Even if I was able to get it in the oven to cook it, we would probably need one week to eat it all. So, when I am cooking with turkey it is always with smaller pieces of it and never an entire bird.

WHAT IS A TURKEY ROULADE?

The turkey roulades consist of a thinly cut piece of turkey, stuffed with various fillings, rolled and tied and cooked in the oven or in the skillet. It is usually served with sauce, potatoes and vegetables.

How to cut the turkey cutlets? 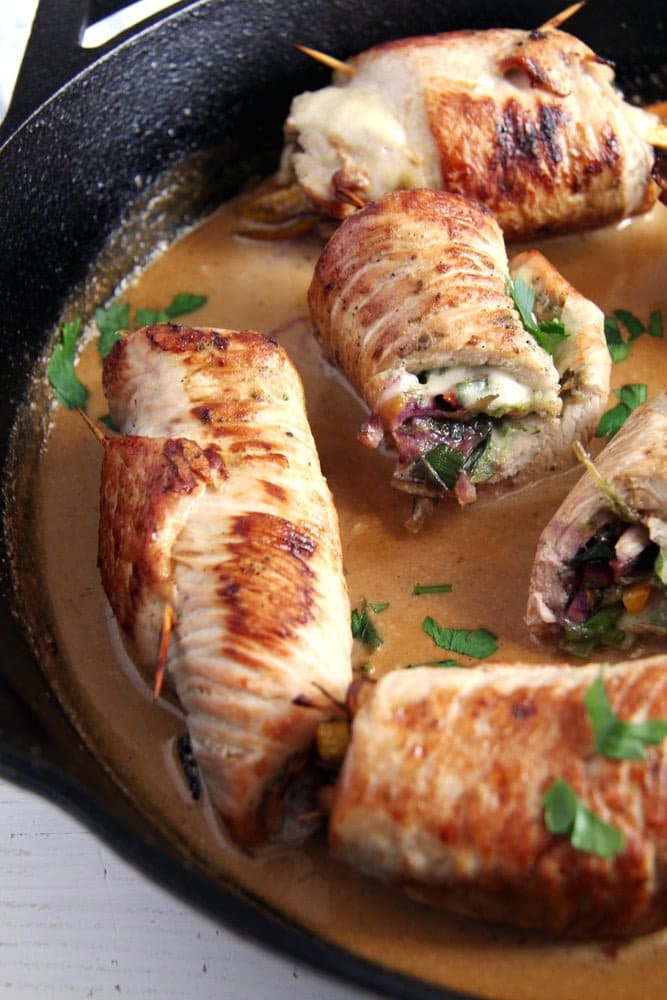 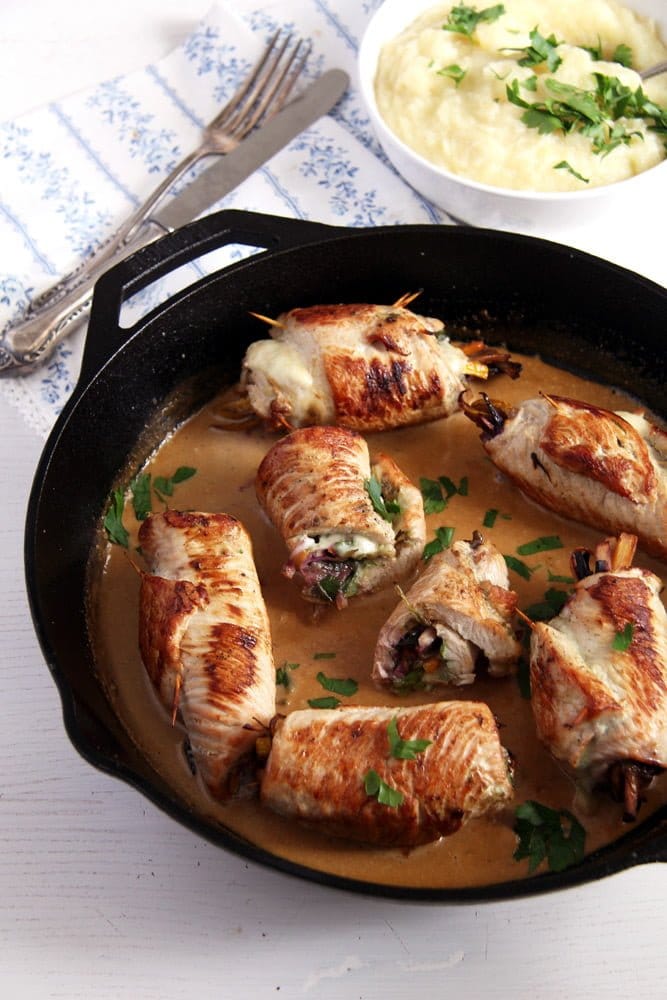 HOW TO MAKE TURKEY ROULADES?

HOW TO SERVE TURKEY ROULADES?

Serve the roulades of turkey immediately.

Suitable sides dishes would be: 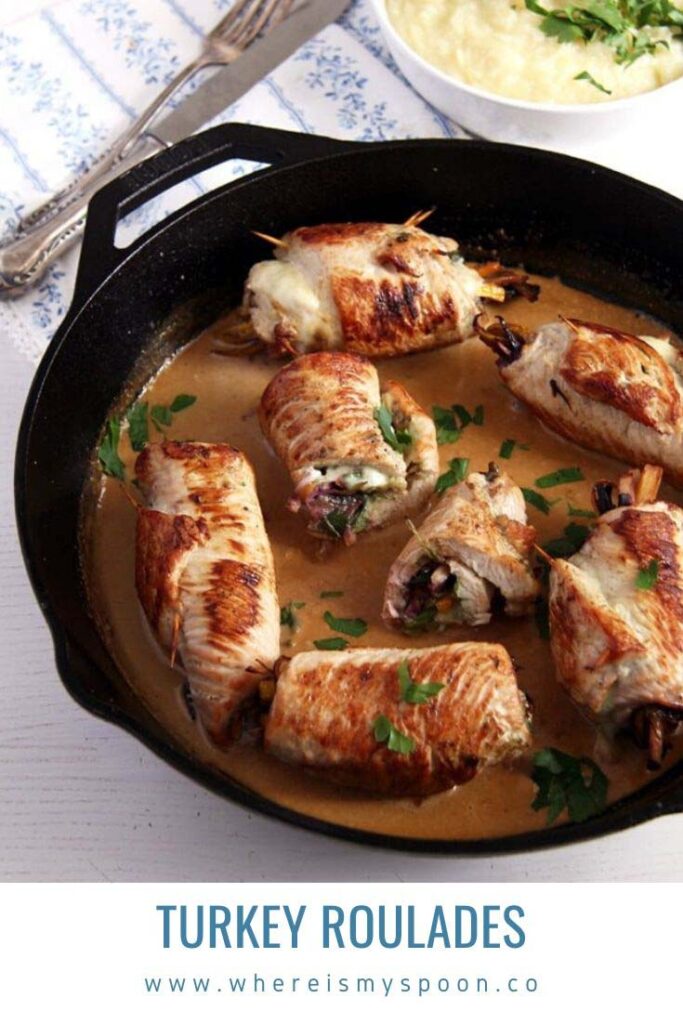 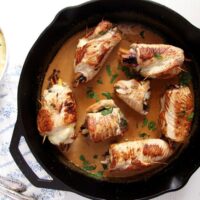 Beautiful rolls, Adina! I must start putting cheese into my rolls too... I love meat rolls and prepare them quite often, but it's been years since I had turkey (here I can get only antibiotic-pumped battery turkey meat and I refuse to buy it). You are so lucky to have access to healthy farm turkey!

what a fantastic way to prepare turkey! i love your stuffing, and the presentation can't be beaten!

This recipe looks delicious! I love the idea of your turkey series. I've been stuck on chicken a little too much recently, and should mix things up with some turkey. I'll keep watching for your ideas!

Such a wonderful recipe Adina! I am loving the sound or your homemade garlic paste!!! Mmmm...Also partially freezing the turkey before cutting is a great tip. Your lucky family gets to sample all this delicious turkey fare!!!

These are SO genius! Looks so delicious, and such a great way to switch up the old fashioned turkey recipe. Saving now!