My favorite sour cream potato salad with bacon and dill and without mayo. 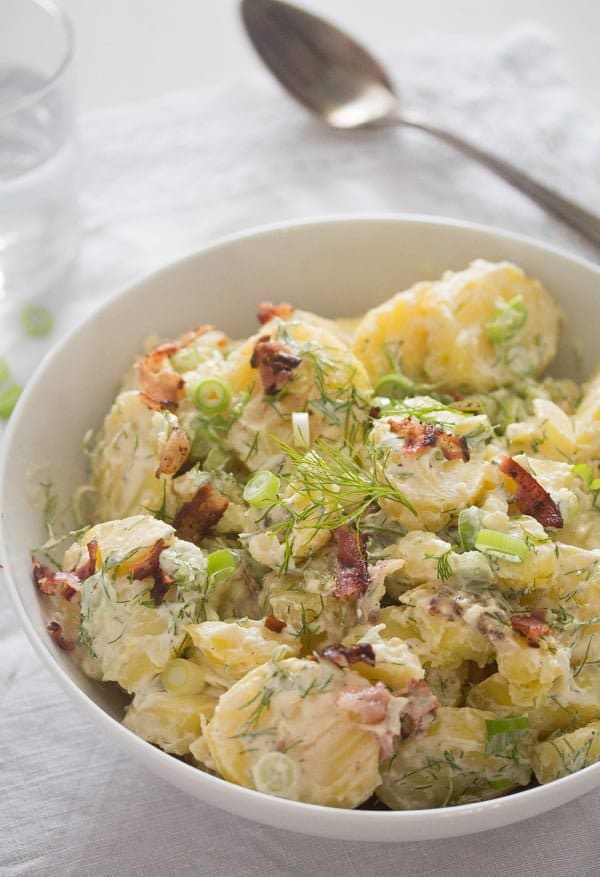 This sour cream potato salad with bacon might become your favorite salad this coming summer. Perfect for a barbecue in the garden, for a potluck party or as a light meal in between. Really, you will not miss anything if all you have for lunch is this potato salad with dill and bacon.

There is always a potato salad at any garden party we organize in the summer. Most of the time are either my mother-in-law’s simple but always delicious potato salad with mayonnaise or my lighter version of a German potato salad with a broth and vinegar dressing.

Both amazing, but ever since discovering this particular sour cream no mayo potato salad recipe I kind of forgot about the other two, I keep making this one.

Actually, I have only made this sour cream potato salad with bacon in November or December for the first time. So, although I didn’t really have the chance to eat it in the garden until now, I must have cooked at least 5 or 6 times ever since, which is a lot.

I know for sure that this sour cream potato salad will be the most loved salad during the barbecue season this spring and summer. 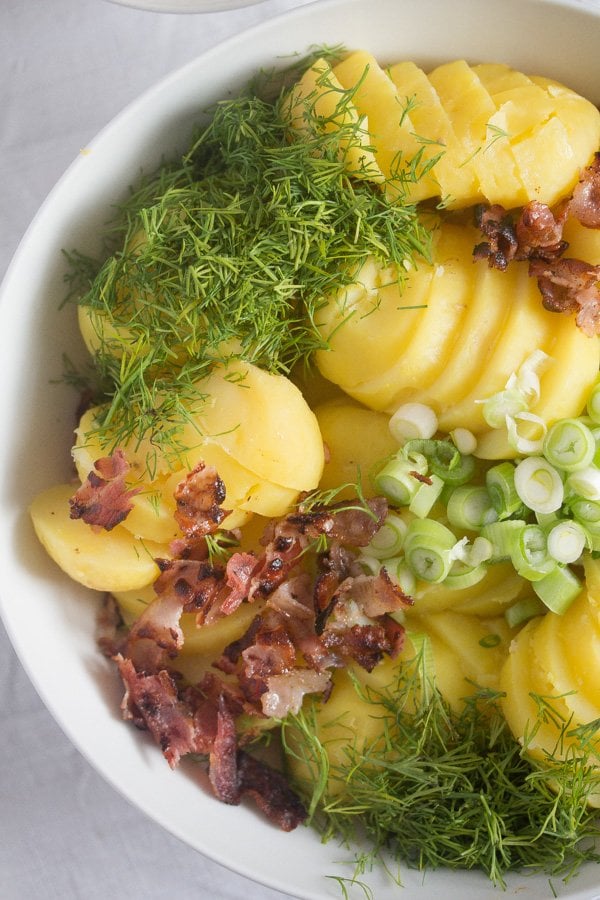 WHAT POTATOES FOR POTATO SALAD

How to know which potatoes are best for making sour cream potato salad or any other potato salad? 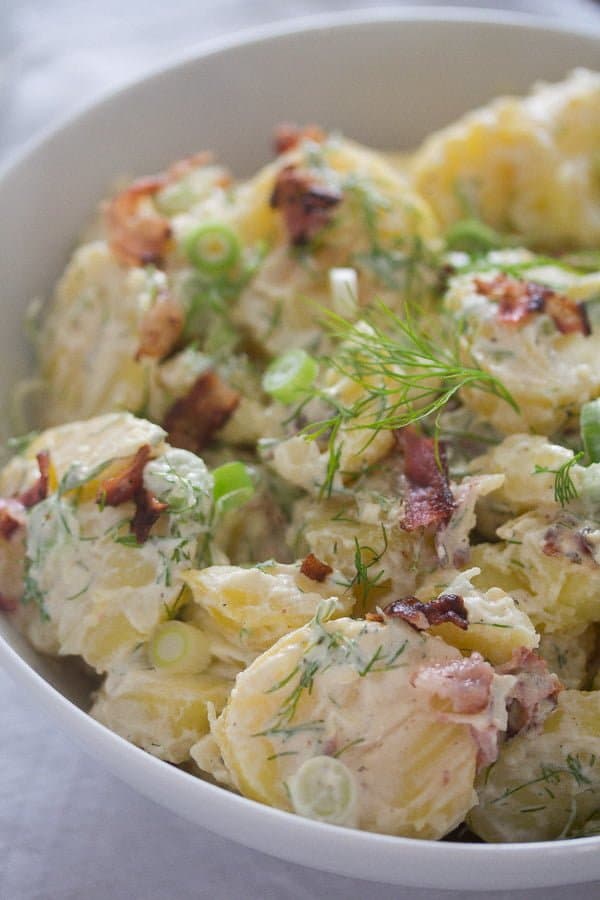 HOW TO COOK POTATOES FOR A SALAD 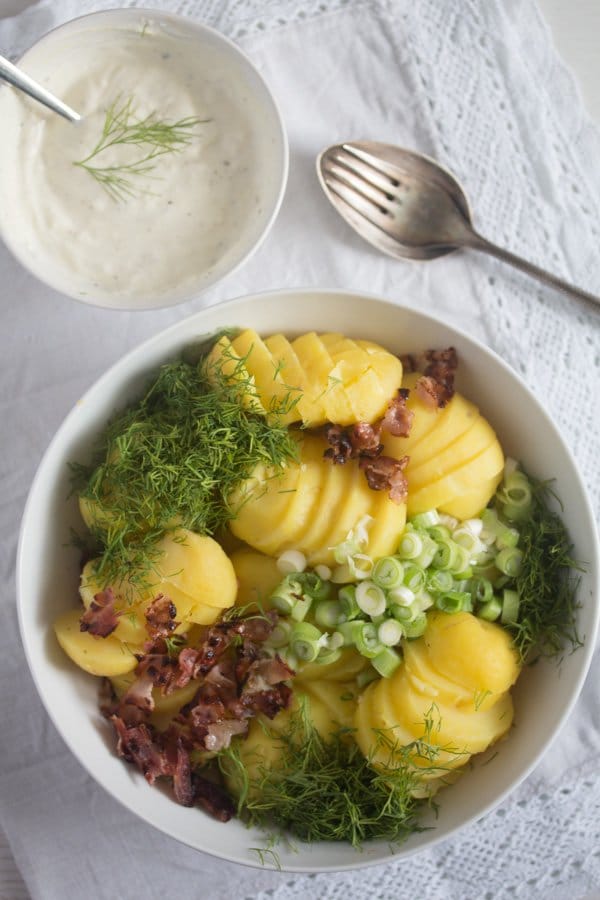 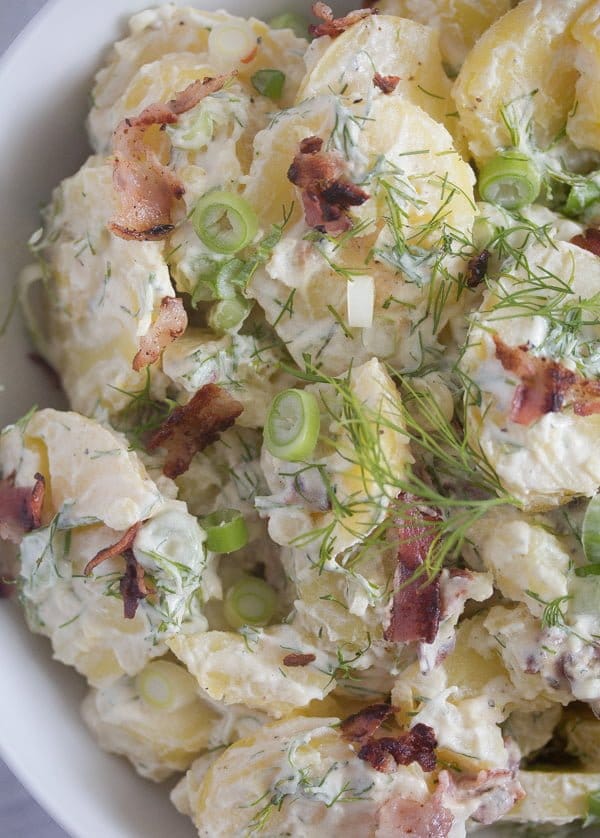 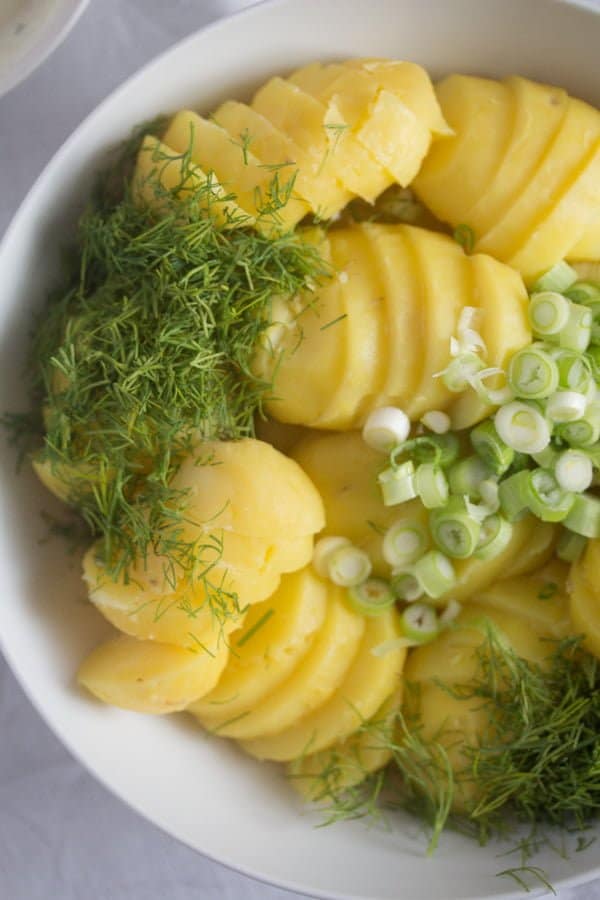 This is a potato salad without mayo, which I think makes a wonderful change from the delicious but rather heavy potato salads with mayonnaise. The sour cream and the apple cider vinegar give the potato salad with bacon a slightly tangy flavor, which I absolutely love. 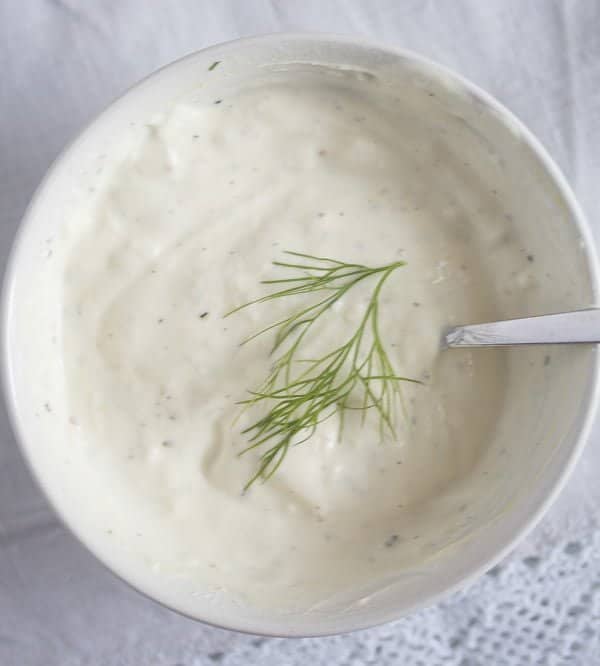 Pour the sour cream dressing over the potatoes, add the bacon bits and stir well but carefully, you don’t want to break the potatoes.

You can serve the sour cream potato salad immediately or place it in the fridge (covered) for later. Bring to room temperature before serving. 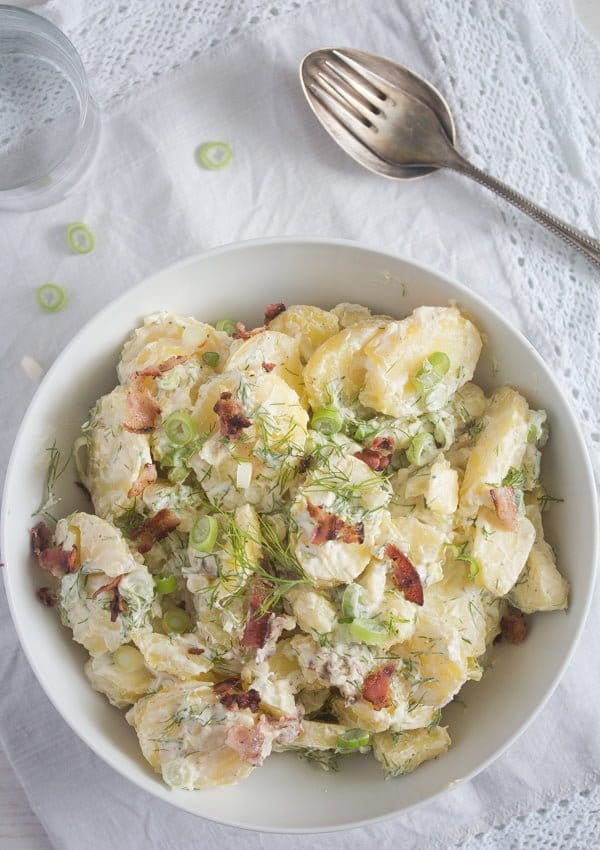 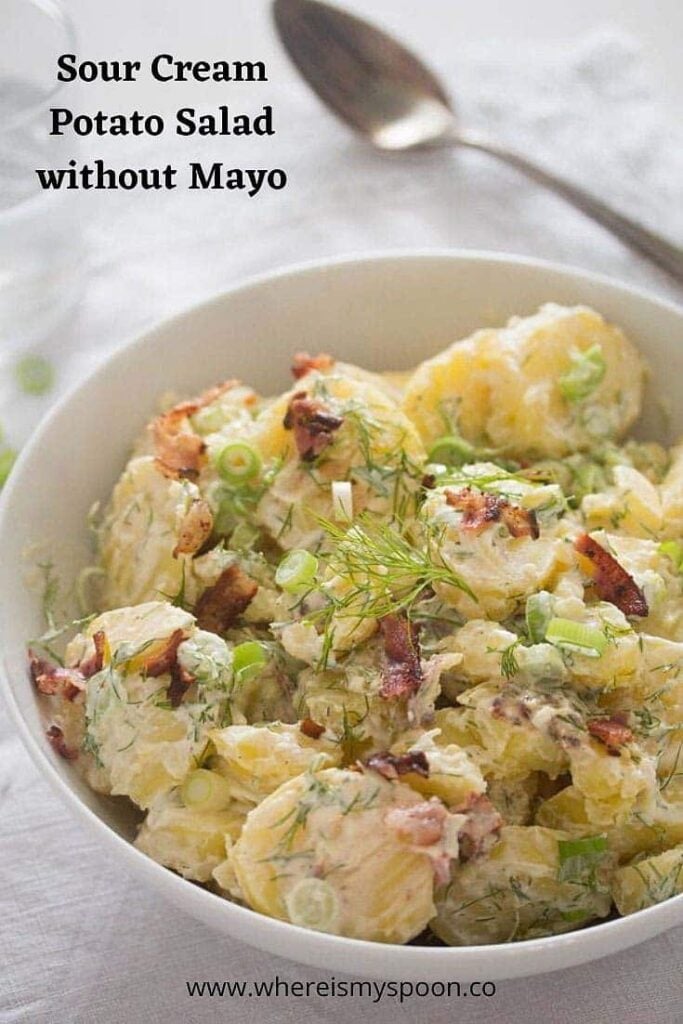 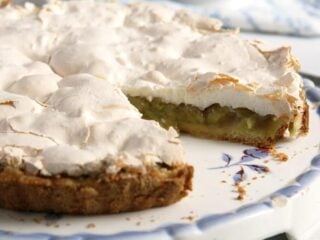 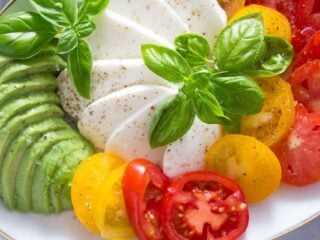 I followed your recipe pretty closely, but added cucumbers ? , tomatoes ? , and a tablespoon of Dijon stone-ground mustard! It’s in the refrigerator chilling now and I am looking forward to having some later this afternoon!

Hi Mary, thank you for the feedback. Cucumbers and tomatoes are definitely adding a fresh touch to the salad. :)

I like mayo based potato salad, but sour cream is yummy too! When you add bacon, it's irresistible!

So many fabulous recipes that I've missed and so little time! Love this salad.

It seems my timing is perfect. I was at the market and sour cream was on sale...buy one, get one free. I was wondering what I would do with the extra and now I've got your recipe to try. :D

My "creamy" potato salad is very similar to yours, but I use half mayo and half sour cream! Still creamy, but not so much mayo!