Rosol – a well-know Polish chicken soup, this is a basic recipe for a clear chicken soup with noodles and vegetables. 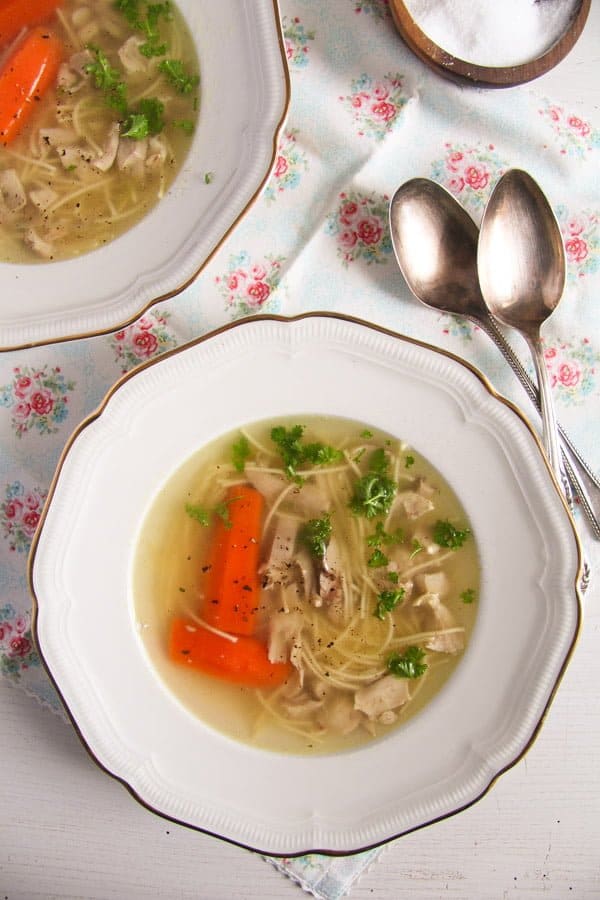 Rosol is the Polish version of a basic, healthy and flavorful chicken soup.

The main difference lies in what the finished soup actually contains.

But the traditional Romanian chicken soup is made with semolina dumplings and normally we use the cooked chicken meat for making other dishes. My mother-in-law makes her German chicken soup with much more vegetables and sometimes with flour dumplings.

The Polish prefer to leave the cooked chicken pieces in their Rosol together with the carrots and add some noodles as well. By the way, I bought the noodles for this recipe in Poland, it seems they are exactly the kind of noodles that are traditionally used for making rosol. However, you can use whatever thin/soup noodles you like.

But no matter how the soup looks like in the end, the main point is that chicken soup is healthy, so comforting and so delicious, something I can actually eat on a weekly basis, no matter if the recipe is a Polish rosol, a Romanian supa de galusti or a German Hühnersuppe.

HOW TO MAKE ROSOL?

Or better said, how to make a basic chicken soup. 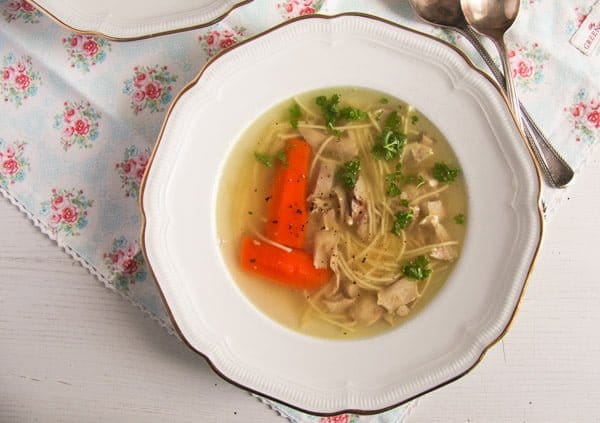 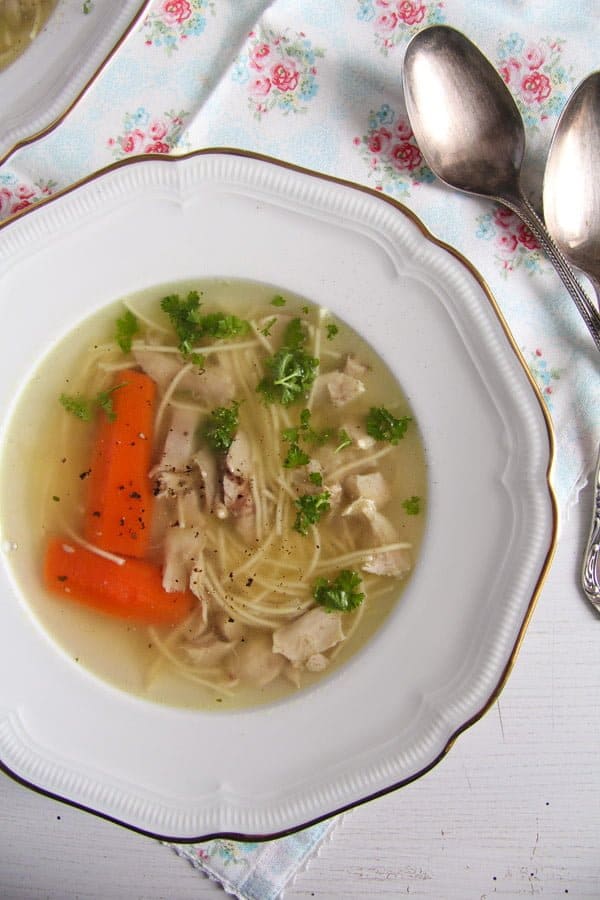 HOW LONG TO COOK CHICKEN SOUP OR ROSOL? 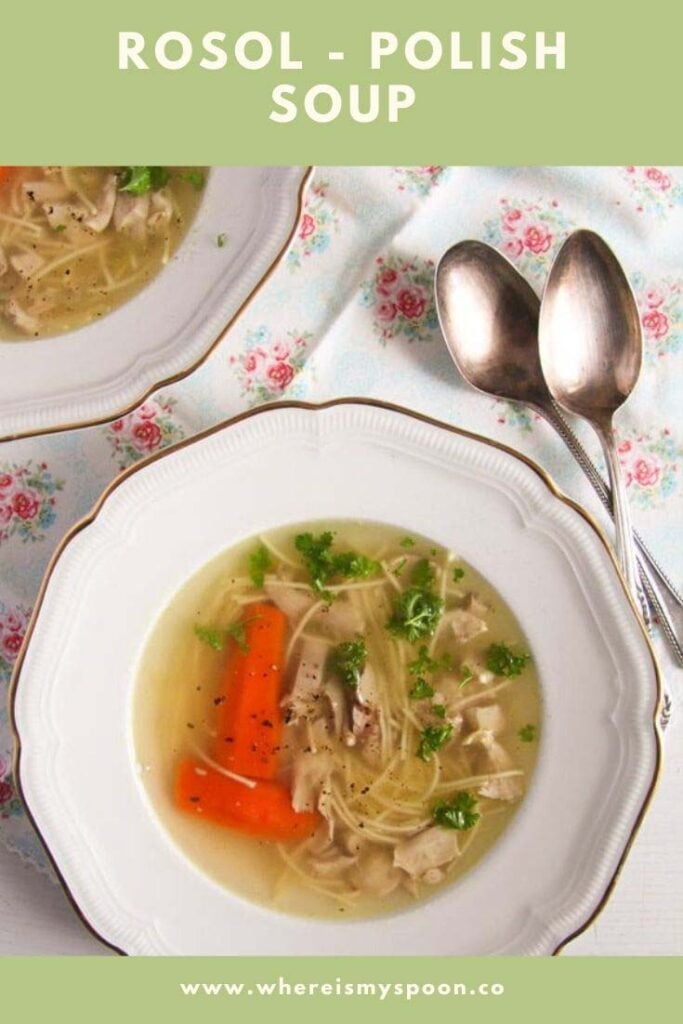 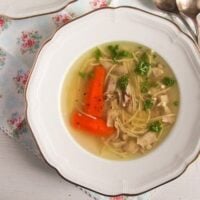 With the huge flu season we're having worldwide this year, every household should have a pot of this soup sitting on the stove. Delicious!

It's true that chicken soups are so similar around the world, yet so different.... Your soup looks wonderful! And it's so useful as a basis for other soups! I prepare my own chicken stock/soup regularly, as soon as I run out of it in my freezer. I don't remember the last time I had a chicken stock cube, actually.

Me neither, Sissi, it must be years. I use some good (and unfortunately expensive) vegetable broth paste from time to time, but not often, one packet of it is enough for almost half a year. :) Nothing beats a good homemade stock.

I love a hearty chicken soup like this, Adina. It's good advice to save chicken bones to make stock. I do that too. We especially have soups like this when we've had a big holiday meal and cooked a chicken or turkey. Thanks for all the great tips, like freezing the parsley stems. I confess- I've been pitching those, but every little bit helps. Good to be prepared. Hope you're having a great new year. xo

Hi Allie, I also gather all the holiday bones, so to say. The first time I asked my mother-in-law for her roasted goose bones, she thought I was kidding and when she realized I wasn't she probably thought I was crazy, she would not even give the bare bones to her dog, unless they still have meat on them... But there is no better stock, than the one containing some roasted bones as well.