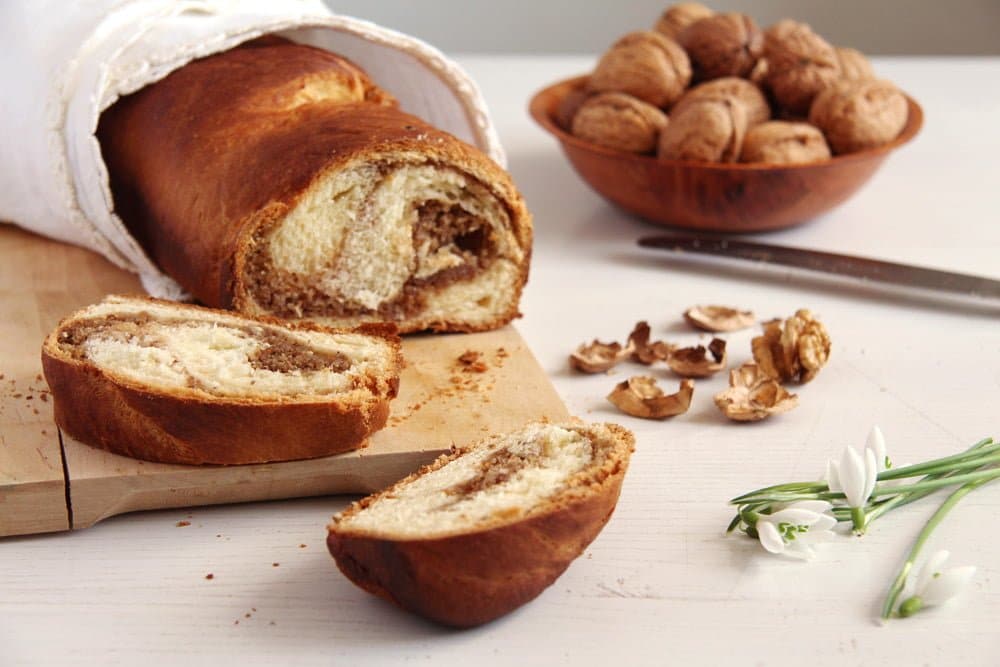 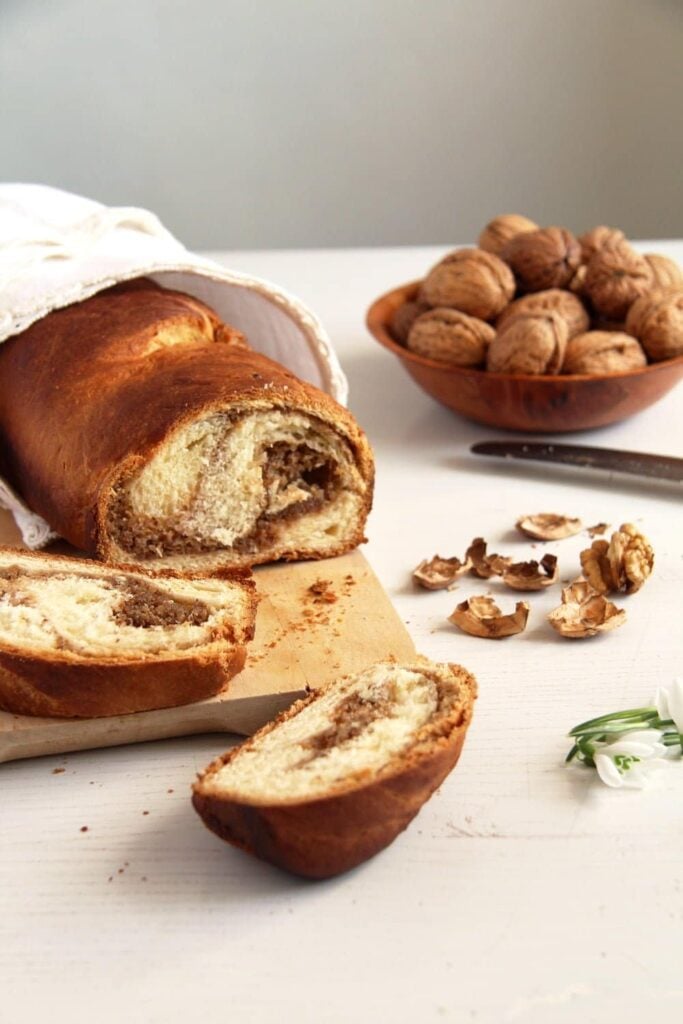 I didn’t like nuts in cake as a child (weird I know), so my favorite kind of sweet bread during those days was a plain one. Nothing else, just the yeast dough and a bit of sugar on top. You could also fill it with hazelnuts or a cocoa-nut filling for those of you who like chocolate. You could also find it filled with Turkish delight, that colorful, soft and overly sweet thing, but I strongly advice against it. I find it disgusting and I think the only person I ever knew who liked it was my sister. But otherwise I suppose the sky is the limit! Not typically Romanian but totally delicious is a cinnamon-sugar filling, my favorite filling actually. 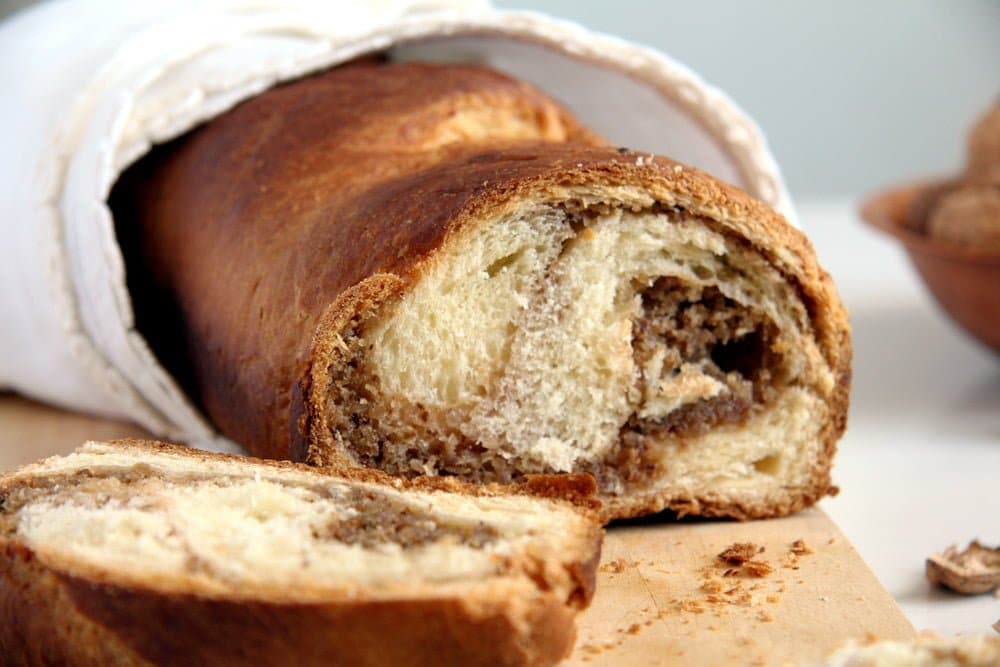 The following recipe is very similar to the one my grandmother used to make. She was the only one in the family who would bake the sweet bread, so she had to make it for everybody twice a year. It was a lot of work, I have to tell you. She would wake up very early in the morning and start with the dough and I still remember how much power she needed to beat that huge amount of dough in an extremely large basin. And what a loud process that was! I don’t have her recipe, unfortunately, she never wrote recipes down, she had everything in her head, and I never asked her about this one. But I found this recipe in a traditional Romanian cookbook (Carte de bucate – Silvia Jurcovan) and I have to say it tastes just like my grandmother’s used to do. And when reading the instructions I realized that many of them were things my grandma said to me while she was making cozonaci. 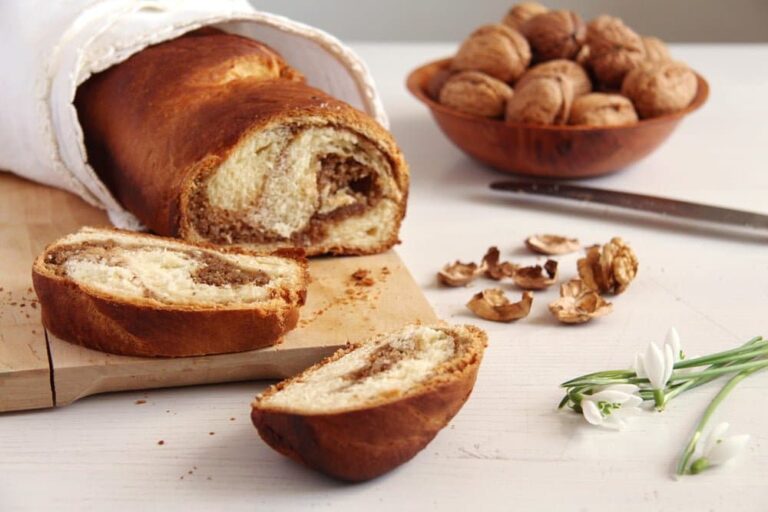 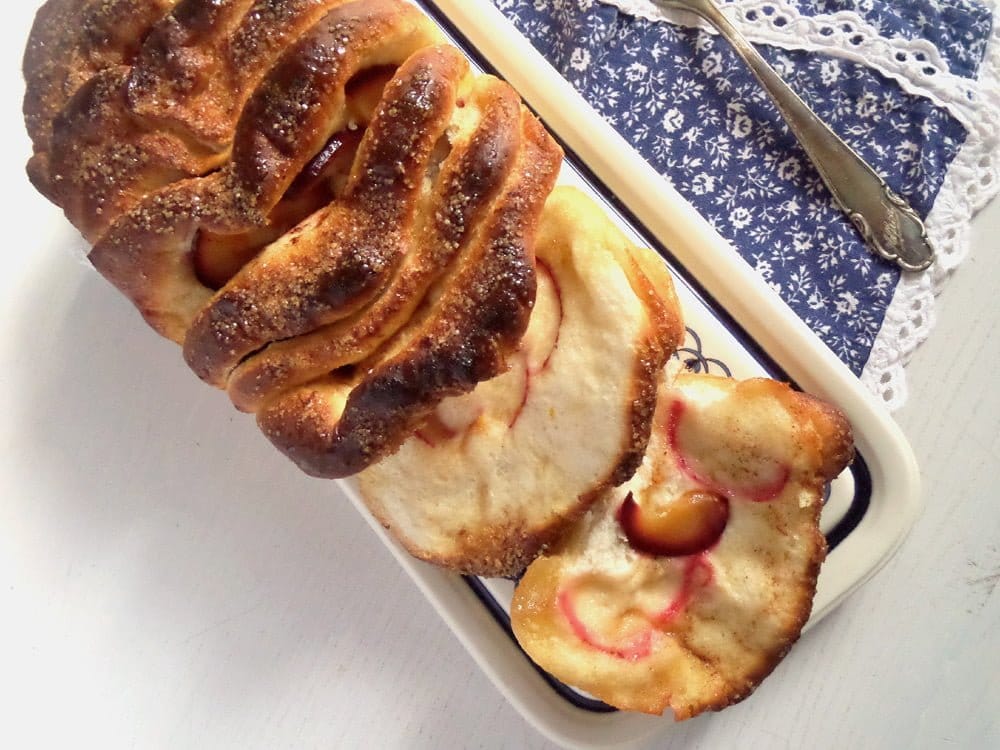 Basic Roast Leg of Lamb with White Wine and Potatoes

This bread is just perfection, Adina! Your sweet treats are always so rich and luscious, love them all. Hope you are having a good time! 🙂

This looks wonderful, so fluffy on the inside and that wonderful crust on the outside! I’ve never been to Romania but would love to visit someday. At least for now I can enjoy some Romanian food 🙂

Romania is a beautiful country, I hope you get to see it one day.

I love walnuts in just about everything…especially bread. My family just doesn’t care for them. I think it would still be lovely if I omitted the walnuts….and maybe added the chocolate!

This is a gorgeous loaf of bread, Adina! I love the walnut swirled filling inside. I’m so glad you were able to find a recipe just like your grandma’s. I know it’s one you will treasure.

A cozonac without Turkish delight sounds strange to me, maybe it depends on the region (I’m from South East). I’m making my grandmother’s recipe too, with an white dough and a chocolate brown dough. It’s nice to keep the traditions live, isn’t it?

I am from Sibiu, we only had the Turkish delight cozonac rarely, well, I never did actually, just my sister and my grandma liked that. 🙂 And I also think that about traditions, there is not much else that I can keep when living abroad, but with cooking traditions it’s easier.

How lovely! There is a very similar Christmas Hungarian bread filled with walnuts or poppy seeds and I used to love it, so I’m pretty sure I’d love this one too. So so so beautiful 🙂

Thank you, Evi. Hungarian and Romanian cooking do have a lot in common, isn’t it?