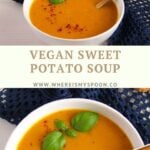 This vegan sweet potato soup is one the easiest soups you can imagine. A little bit of chopping, simmer the ingredients for a while, add some spices and coconut milk. 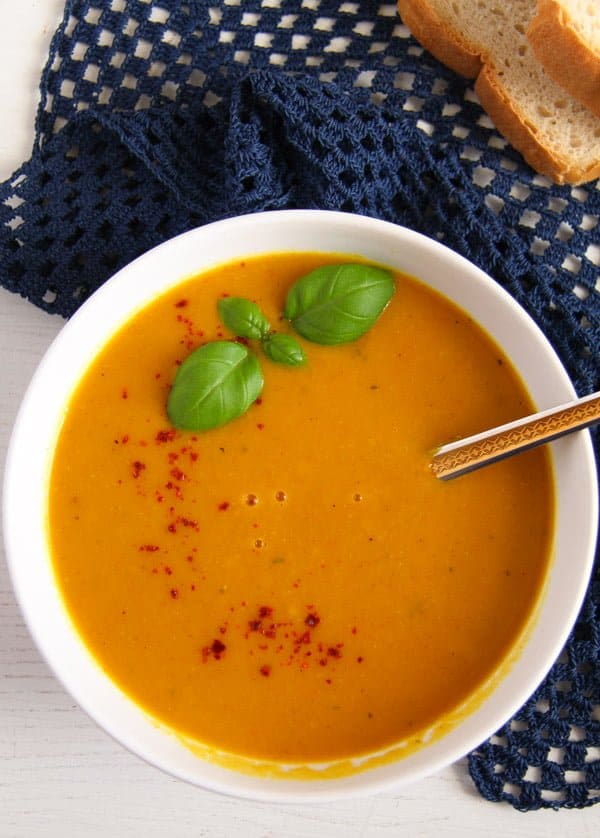 In no time at all and with barely any effort, you will have a delicious and healthy vegan sweet potato soup with coconut milk on your table.

I’ve made several versions of a sweet potato soup over the years, sometimes with coconut milk or regular milk, sometimes without any milk at all, sometimes I’ve added regular potatoes, I’ve spiced the soup with cumin and coriander and sometimes only with salt and pepper.

I liked all the versions very much, but this one is my favorite now.

It must be the chili and the ginger, they give this coconut sweet potato soup a particular touch, it is hot but not overwhelmingly so, it is sweet due to the potatoes, it has that delicious coconut milk taste and velvety consistency and it is spicy due to that yellow curry paste. I can only recommend it. 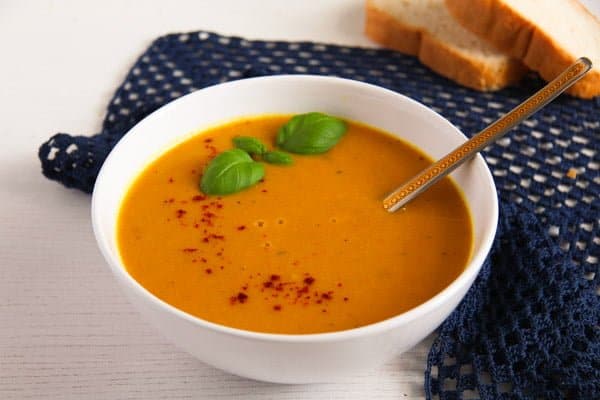 One was one of my favorite soups, this turkey meatball, and vegetable soup and the other one a traditional German lentil soup with frankfurters.

The ginger coconut sweet potato soup was the “women’s soup” so to say. All the women present at the party ate this sweet potato soup, some of them didn’t even bother to try the other two ones, because they would rather take seconds of this potato soup.

Same with me, I’ve only eaten the sweet potato soup on that evening and ate from the other two soups the next day, we had some leftovers. 🙂

So, keep this vegan coconut sweet potato soup in mind, it is wonderful on a cold winter evening when you don’t feel like spending much time in the kitchen, but you still want to have something comforting and delicious for dinner. 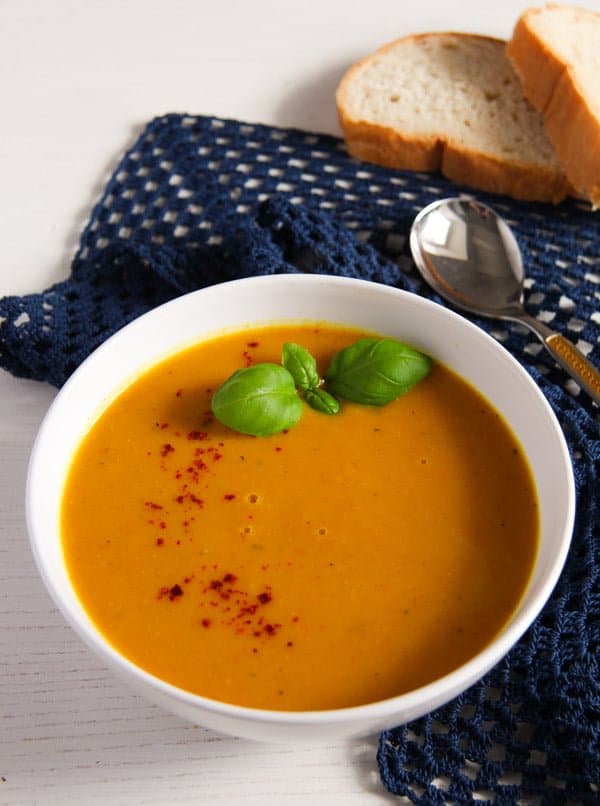 HOW TO MAKE SWEET POTATO SOUP?

CAN YOU FREEZE SWEET POTATO SOUP?

The vegan sweet potato soup with coconut milk can be served as a starter or as a main meal with some sandwiches or a salad.

Here are some vegan ideas: 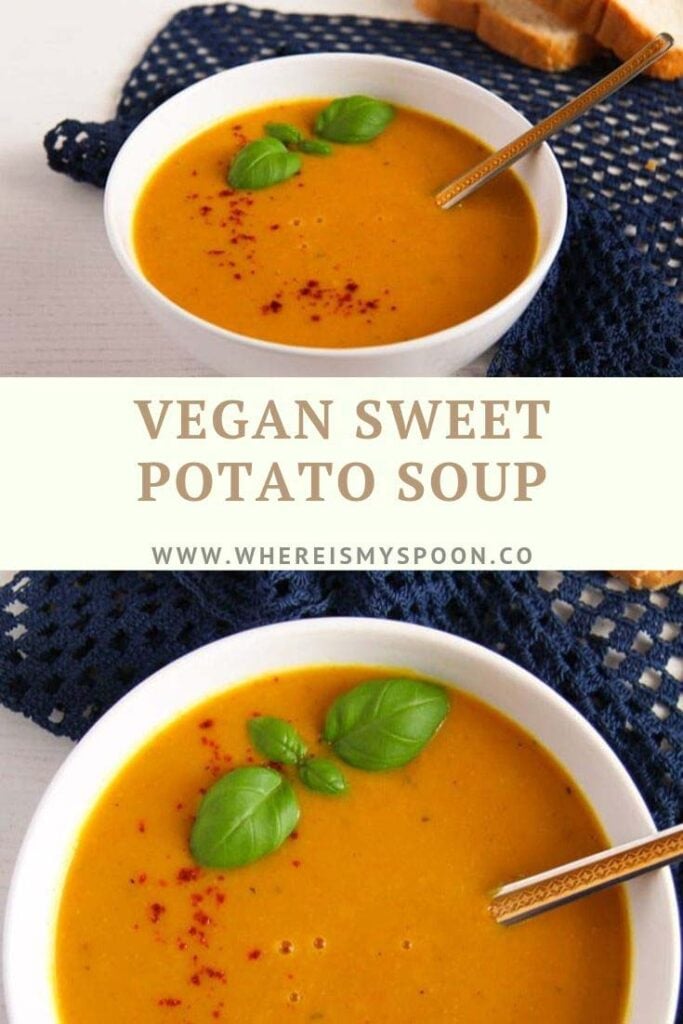 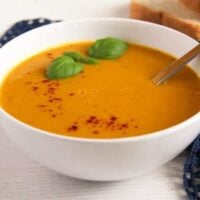 Hi Bethany, I will try to do that next time I make this soup. However, what you are describing sounds ok, the paste dries out pretty quickly but that's normal, just stand by and stir it shortly, then add the rest of the ingredients. No need for more oil or paste, too much paste could make the soup too hot, depending on the curry paste.

i was planning to make some sweet potato soup this week and i find your recipe intriguing! can i use ground ginger instead of fresh?

I am not sure, Grace, I am not a big fan of ground ginger, I use it seldom, mostly for baking. I think you cannot achieve the same taste as with fresh ginger, but I cannot be sure as I have never tried it...

The soup sounds delicious, I might give it a try.

A flavorful and colorful soup...yes, I'd be happy to have a bowl.

The flavor combo is wonderful, Adina! I love sweet potato and I can drink the coconut milk straight from a can. I would be having seconds of this soup too!